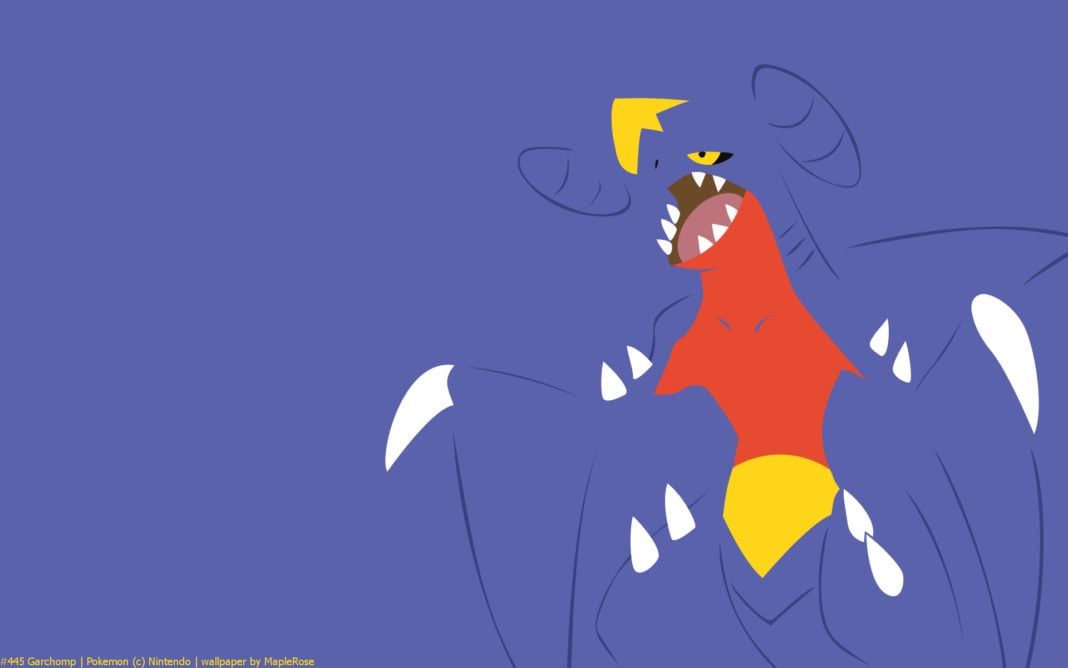 Garchomp is a dual typed Dragon and Ground type Pokémon in Pokemon GO, and is the final stage of one of the strongest species from Gen IV. It evolves from Gabite (which evolves from Gible) and there’s no item required to do so. Garchomp is the Generation IV equivalent of Dragonite, and should be considered better than its Generation I predecessor.

Garchomp in the Meta

Dragon speaking, it’s hard to compete with Rayquaza, since it is the best generalist in the game and the strongest Dragon type attacker, when it comes to DPS. To add to that problem, when the Gen IV Legendaries become available (even with the 9% nerf) Dialga and Palkia still outperform Garchomp in combat. So that makes cutting out a niche for something like Garchomp a hard sell, when its own generation brings stiff competition. It will however almost assuredly outclass Dragonite, and take its spot, if given the same moves it can indeed learn of Dragon Tail and Outrage. Ground speaking, Groudon will still be the Continent Pokemon, but it might not continue to be the Ground god of the meta game. Garchomp has greater access to Ground type moves like Dig that will increase its DPS over the standard Mud Shot or Mud-Slap/Earthquake set almost all Ground types have. Not to mention, the primary usage for Ground types is that they have a immunity tier resistance to Electric while also being its only counters. And then in come Garchomp, taking only 36% damage from Electric attacks (due to having Ground immunity combined with Dragon resistance) and you have a recipe to ensure a Ground king for the ages when it comes to strictly Electric attackers. Anyway, in both cases, Dragon and Electric, Garchomp will be able to make it to the top tiers with the correct moves, but it will not be number 1, save the potential for greatness as a Ground attacker with Mud Shot / Dig or Earthquake. That said, it will be a stardust worthy Pokémon to most of the players, while being candy efficient due to it not being a Legendary.

In the next few charts, we will look at its viability as a Dragon and Ground type Pokémon and how it sizes up to some of the other popular from both types in the game.

The Dragon type roster it’s already incredible, but with Gen IV it gets a lot better. Overall, Garchomp it’s a bulkier version of Dragonite and highly serviceable and the bulkier dragon of the rooster (aside from Giratina that isn’t useful at all), but still not the greatest option in DPS. Both Dialga and Palkia are better options within this gen, and Rayquaza is still the Dragon God.

As Ground type, it has the potential to be one of the best options available. Groudon is currently the best attacker, but not for long with what Garchomp brings to the table in resistances, movepool, and advantageous typing.

Though there is no way to know for sure what moves Garchomp will have, we can look at its main series movepool, as well as the moves inside Pokémon GO, and we can compile a list of possible movesets for it:

More than a good stab combination, we hope that, somehow, the Ground type moves get a well deserved buff, as we have already stated in this article. Garchomp can benefit over Groudon in the move department, as it has access to Dig in the main series. Dig being a move that is surprisingly better than Earthquake, being a two-bar of 100 damage versus Earthquake at 120 and a one-bar. Dig takes longer, at a 4.7s cast vs Earthquakes 3.6, but it still has higher DPS and would make Garchomp an improvement over Groudon.

As an attacker, despite it won’t be easy to enjoy his full potencial as a Dragon attacker since it’s a busy market, as a Ground type, Garchomp can be very promising. The chart below will help you visualize what weather is beneficial or harmful for Garchomp.

As its previous evolutions, Shiny Garchomp won’t be available that soon, since it’s one of the Gen 4 greats, being the pseudo-Legendary of the generation à la Dragonite, Tyranitar, and Metagross. Niantic could save that for a Community Day in future far, far away. So don’t get your hopes up. In any case, Garchomp is one of those disappointing shinies that looks just about the same as its regular form. At least that is a blessing, because when and if we can see Mega Evolutions, Mega Garchomp went even further off-track and went all pink.

Shiny Regular Garchomp and Mega Garchomp sprites come courtesy of Pokestadium, who in turn credits Pkparaiso and the Smogon Community.

Garchomp pokedex entry is “It flies at speeds equal to a jet fighter plane. It never allows its prey to escape.”.

Garchomp in the meta will highly depend on its movepool, as any prediction will accurately claim. However, those high stats, second highest attack among Ground types, higher stamina than Groudon, and the potential to access better moves than Groudon, makes for it being a potential King of Ground types come Generation IV. That is, if Rhyperior and Mamoswine do not claim that title first Garchomp in Pokemon GO