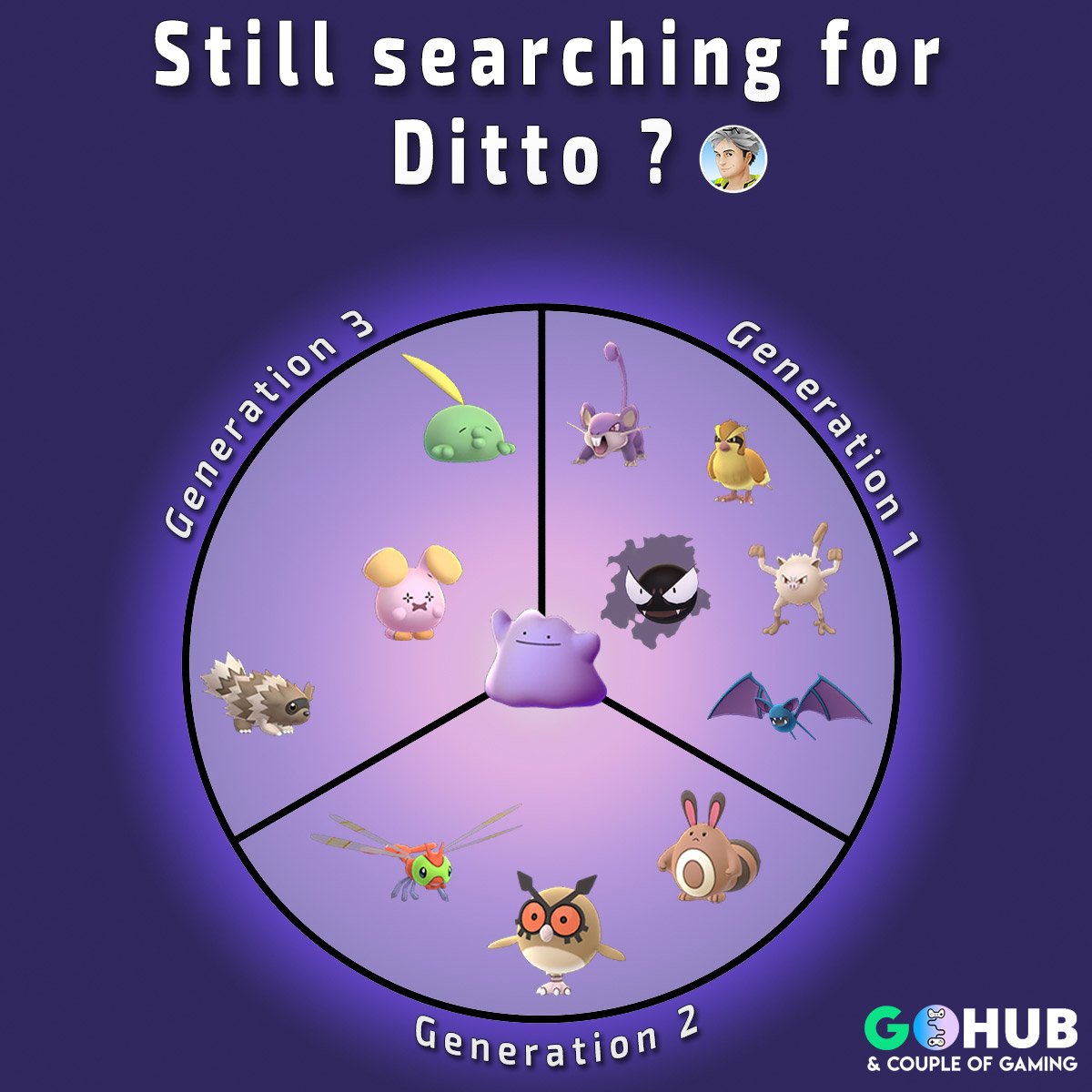 For players who are stuck on Stage 5/8 of Mew’s story quest chain (A Mythical Discovery), which requires you to catch a Ditto in order to advance, we have compiled the following tips to help you find the elusive, pink, master of disguise, with the minimum of effort.

To start with, you should make yourself familiar with which Pokemon can be “a Ditto in disguise”. This list includes all confirmed Gen 1, 2 and 3 Pokemon:

You can also use this handy info graphic created by Couple of Gaming for GO Hub:

Using your Nearby scanner

As of the latest version update, the nearby scanner prioritises rarer Pokémon over more common ones. So if you see any of these Pokemon near the top of your list and they’re usually quite common in your area, chances are that it’s a Ditto.

Ask your local community to let you know

Pokémon Go is a very community-based game, which encourages and rewards us for playing in groups. If you aren’t currently playing with a local group, have a search for a Facebook group or attend some raids and ask around. Asking your fellow Trainers to let you know when they find one is one of the best ways to locate a Ditto – hopefully you’ll be around when one finally turns up.

Amazing. Just amazing! Isn’t Evolution wondrous? I learn something new every time I see it! With the data we’ve collected so far, I should be able to pinpoint Mew’s location! It looks like…

Yes, it looks like Mew has visited your area recently! Hmm… Interesting. If that’s the case, someone should have reported a sighting… Maybe Mew is hiding or disguised as another Pokémon? Let’s study some other Pokémon that use these tricks and the best ways to catch them!