How Do You Play? An Insight into What Makes Pokémon GO Trainers Tick 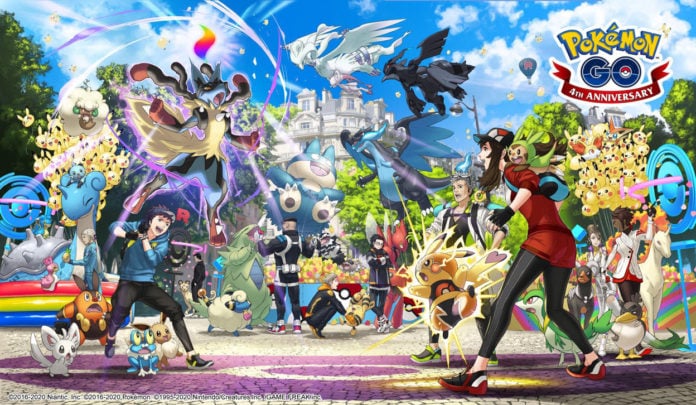 This week, we at Pokémon GO Hub polled the community about the key drivers of their gameplay. While there are so many different ways to play and features to focus on in this game, we decided to hone in on four core game styles – casual playing, raiding, PVP and of course shiny hunting. We received over 14,000 responses, and given we’re all somewhat bunkered away from our local communities and friends at the moment, the results may surprise you. Check them out below, and then we’ll get into what that means for players and the community.

Let’s break down the number one way to play, shiny hunting. It’s pretty easy to understand, right? We (almost) all love those sparkles! But it’s also really interesting that the majority of respondents to our poll identify shinies as their main game because really, shiny hunting is not a mechanic in Pokémon GO. There’s no game features that explicitly support shiny hunting, and while events like Community Day certainly favour us with a whole bunch of sparkling goodness (sometimes too much, if we’re honest), that is only a reduction in odds.

Our game doesn’t have the Shiny Charm, or the Masuda method – we just have the grind, the constant work of just playing the long odds over and over again. In other words, shiny hunting in Pokémon GO is a completely player-directed pursuit – a goal we’ve made for ourselves, and while the game does give us shiny opportunities, it doesn’t ever reward us for our shinies, whether we snag them on Community Day or score that epic full odds shiny on a random Tuesday. There’s not even a medal for number of shinies caught, or unique shinies caught. To sum up, shiny hunting is at its core a personal goal and not an in-game one.

Now let’s consider casual gameplay, which is obviously a pretty broad term. I think I’d fall into this category myself – I love a shiny too, but honestly for me, overfocus on shinies would mean not enjoying the broader game, and always resenting the fact that I didn’t get a shiny for this event or that. Based on the chat in the communities I’m a part of, I think even those who are generally more shiny grinders, raiders or PvP fighters are currently leaning towards a more casual style of gameplay because of ongoing current events. So it’s no surprise to see over a third of poll respondents identified themselves as casual players of the game. I think the chief benefit of casual is that it does what it says on the tin – that is, it is a low pressure, easy style where you’re not always chasing the next big thing. Missing a Mega? Fine! Didn’t get the promoted shiny for an event? It’ll come back around one day.

Casual gameplay is about using Pokémon GO to relax, rather than to grind. And it does lend itself well to that – if you choose, you can log in once a day, get your first catch, your first spin and your stamp, and you’re good. Or you can use the game as a companion app to get you out on a walk in your local park. And there’s also a theme forming here, if you put casuals alongside shiny hunters  – once again, we’re dealing with self-directed play, rather than mechanic-directed play.

The next most popular play style from our poll (or our second least popular), is raiding with 11% of the vote. Now, raiding is mechanic-directed play. That’s not at all to knock raiding (my last raid day was Darkrai and, man, was that a lot of fun), but with raiding, you are at the mercy of what eggs spawn, what hatches from them, and in the higher tiers, the interest you can gather in defeating that particular boss. And it has been a hard year for raiding, with the introduction of restrictions across the world which by their nature inhibit events like raid day.

Remote raid passes have helped a lot, of course, but the high price tag on passes, limits on the number you can hold, and the controversial launch of Megas and the general negative sentiment that followed, have all contributed to making raiding a hard style to stick with. In that context, 11% of respondents seems about right, though I would expect that there are those currently identifying themselves in other categories that will return to raiding as their primary game style when the circumstances are more friendly. Raiding is after all one of the most social game mechanics and I think we’ll see more raiding when there can be more safe socialising.

Finally, the least popular of play styles in our poll was PvP with 9%. In some respects, that makes sense. There’s high barrier for entry in terms of stardust, candy and quality PvP Pokémon, and an even higher barrier for entry in terms of the knowledge to play well. There are so many questions for a player newly getting into PVP – who are the right Pokémon to pick, what moves do they need, how to put together a strong team with minimal weaknesses, and knowing your typings and match-ups. Finally (and possibly the most difficult to pick up) there’s the questions of how to work the mechanics of PvP to your advantage. Well-timed switches, farming down, baiting – these are all things that the game just does not teach you about  – the fact is, you have to seek outside resources in order to compete successfully in PvP, whether that’s advice from a friend or battle simulation and ranking sites. And again, PvP is a mechanic-directed pursuit – the game sets the goals and the rewards. And given those barriers, plus the ongoing lag issues  and the fact the rewards are perhaps not at a level to attract people to do the necessary learning, (a 3-star Treecko is fine, but if I’ve had to scrape out three wins to get it, it’s not exactly proportional) it’s not hard to see why less people engage with PvP, even it is a really fun mechanic once you’re in a position to compete properly.

Overall, our poll, while not precisely scientific, does reflect a strong trend in the Pokémon GO player base towards self-directed gameplay. That’s not surprising – after all, many of the mechanics and events the game now provides didn’t exist in the first years – in other words, the foundation of Pokémon GO gameplay was people ambling through their local parks, just catching what they saw and taking it easy, and it makes sense that the original spirit of the game persists underneath all the gameplay mechanics that came after. However, it will be interesting to see over the coming months if that trend towards self-direction has been made more emphatic by world events, or if this is just who bulk of the player base is – shiny hunters and casuals making and achieving goals for themselves.

How about you, Trainers? Do you think this poll reflects the wider Pokémon GO community, and is there a play style you would have liked to see included? Has the state of the world changed how you play, and do you think that that change will be permanent? Let us know!