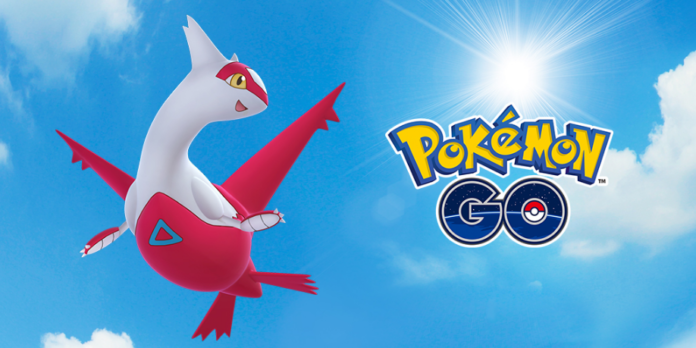 A guide on how to defeat the Team GO Rocket boss Giovanni in Pokémon GO. This page describes how to find Giovanni, how to defeat him and which Pokémon are the best counters for Giovanni’s Pokémon.

In April 2022, Giovanni has returned, equipped with Shadow Latias and a select few Shadow Pokémon. Our guide has been updated accordingly.

💡 Note: In Trainer Battles, counters need not always be Pokémon that do super-effective damage. We include Pokémon that are more viable to defeat Giovanni, rather than those who do maximum damage.

GO Rocket Leader Giovanni uses the following Pokémon: Persian as his first Pokémon,  Honchkrow as his second Pokémon and Shadow Latias as his final Pokémon.

Persian uses Dark and Normal fast moves, and it uses Dark, Rock or Fairy charge moves. This combination makes Tyranitar, Terrakion and Machamp the best counters to Persian. Melmetal needs to have Super Power Fighting to be effective. The aim with Persian is to get those shields down as quickly as possible, if it has Scratch it is going to hit hard, so be warned!

Giovanni’s Shadow Honchkrow is weak to Electric Fairy Ice and Rock. None of Honchkrow’s main counters are weak to its movesets, so it shouldn’t give too much trouble with the correct moves on your Pokémon.

Giovanni’s Shadow Rhyperior is 2x weak to Grass and Water moves, but also 1x weak to Ground, Fighting, Ice and Steel! We will use these weaknesses heavily to counter it, while also leaning in to Pokémon that take reduced damage from its fast moves.

Rhyperior’s pool of charge moves is pretty wide and scary, so it’s better to shield and defeat it before he has a chance to use it.

Giovanni’s Shadow Gyarados is double weak to Electric, and also weak to Rock. Your best bet is to stick with those high power Electric counters as Gyarados has access to powerful Water type moves that will hit your Rock counters hard. Gyarados makes this battle even harder, so make sure you have the right moves and counters for it.

Giovanni’s Shadow Latias is weak to Bug Dark Dragon Ice Fairy and Ghost so there are a wide range of counters to choose from. With access to Dragon type moves, it may be worth skipping your dragon counters as it will quickly decimate them. If it doesn’t then feel free to charge again with your dragons.

Other options include Togekiss with Fairy moves, any other powerful Dragon types or Dark type like Weavile or Darkrai.

How to find Giovanni

In order to find Giovanni, you need to complete a currently active Special Research. Depending on the time you played, this can vary. Once you complete a particular step of the special research, you will get a Super Rocket Radar. It works like a regular Rocket Radar, but it tracks Giovanni, not GO Rocket leaders.

The Super Rocket Radar doesn’t immediately lead you to Giovanni; it displays locations of both decoy Grunts disguised as Giovanni and Giovanni’s actual Hideout. You’ll need to approach each PokéStop and investigate yourself to find where Giovanni’s hiding.

You can receive Giovanni Special Research once per month. Currently, Giovanni has returned with Shadow Latias as part of the All-Hands Rocket Retreat Event.