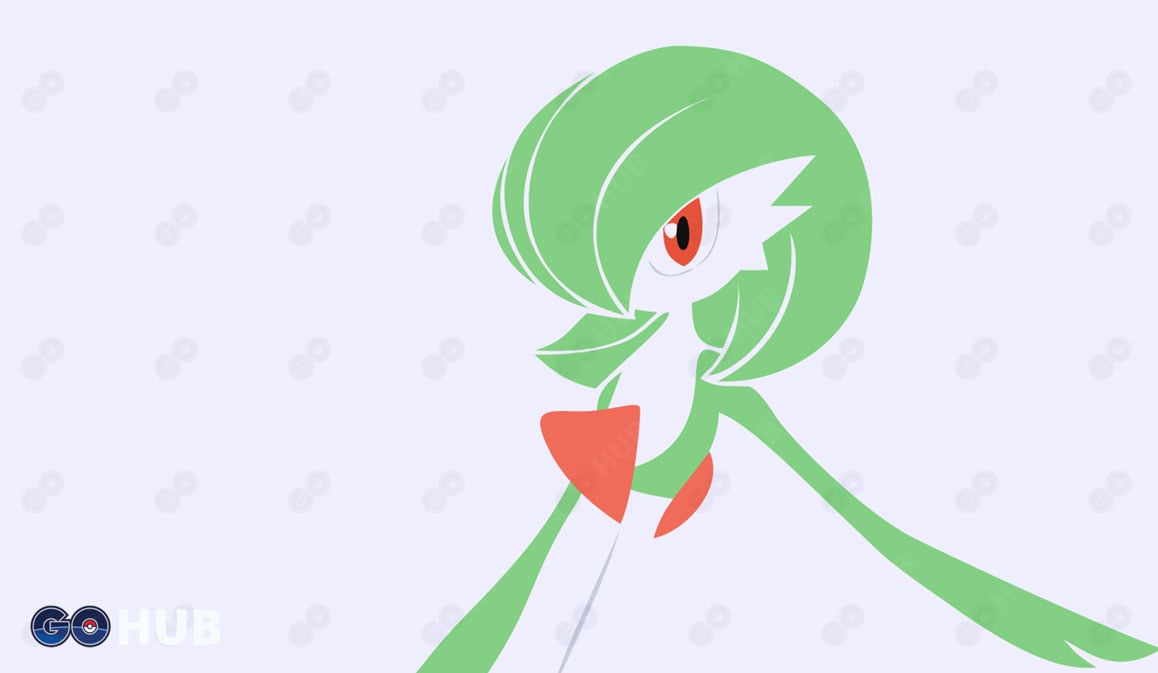 Fairy types are relatively new in the Pokémon franchise, and it’s clear why Fairy types are added in the game. Before its release, Dragon types are deemed too powerful in the game. Dragon types are only weak to itself and Ice, and only Steel types resist Dragon moves. Dragon types usually have the best coverage moves to handle Steel types, having access to powerful Fire type moves, and Ice is a relatively weak type defensively. The addition of Fairy types remedied that issue, and it fixed other issues as well. Poison and Steel are almost never used offensively until the release of Fairy types. It even made Pokémon like Azumarill and Granbull rise to prominence in the main series games.

How about in Pokémon GO? Fairy types are almost non-existent in the meta. The only one that is prominent in the meta right now is Gardevoir. While there are not that many Fairy Pokémon in the current meta, with the release of Latios and Latias as Raid bosses, one may think that Fairy types should at least be in the conversation, right? Why is it that Fairy type attackers are almost unheard-of in this game? There are 2 reasons: low overall stats and no Fairy Fast Moves.

Other than Gardevoir, there are no significantly powerful Fairy types in the meta. You can make a case for Granbull, Clefable, and Wigglytuff, but their overall power are not really in par with the best attacker of other types.

Fairy is the only type with no Fast Move in the game and it’s not really clear why. Other than Rock types, each type has at least two Fast Moves, with Normal having the most Fast Moves with 10 moves. Fairy types have the same problems as Rock types when it comes to representation in Fast Moves.

Can Niantic ever save Fairy and Rock types when it comes to Fast Moves? Yes, they can, and they actually saved countless of types before.

How Niantic Saved Other Types

In the early days of Pokémon GO, there is a lot of problems when it comes to Fast Move representation, so there are certain Pokémon that can’t learn the Fast Move of their own type, like Seaking, Exeggutor (Grass), Aerodactyl, and Gyarados. Also, at that time, most Fast Moves came from low-powered moves in the main series games that can only be learned by Pokémon in their basic stage, and not learned by most Legendary Pokémon. This became a problem when Suicune was released, because the only Fast Moves for Water are Water Gun and Bubble, none of which Suicune can learn. How did Niantic solve that issue?

They added more Fast Moves for Grass, Dragon, Flying, Electric, and Water, adding Bullet Seed, Dragon Tail, Air Slash, Charge Beam and Volt Switch, and Waterfall. Except for Air Slash, all of these moves came from either TMs or Move Tutors in the main series games. Those types of moves are the ones that can be learned by a lot of Pokémon, especially Pokémon of the same type. With the addition of these moves, Pokémon like Kyogre, Rayquaza, and Gyarados can now learn moves of their own type. They even double-down on other types by adding TM moves like Infestation, and the very common move for Legendary Pokémon, Extrasensory.

They can do the same with Rock types. A move named Smack Down is a TM move in the main series games that can be learned by a lot of Rock types including Rhydon and Tyranitar. That may be the move Niantic can add to save Rock types. How about Fairy types?

There’s only one Fairy Move left

Other than signature Fairy moves of Legendary Pokémon, the only offensive Fairy type move that has not been added in Pokémon GO is Fairy Wind. The problem with Fairy Wind is that it’s not really a common move. In the current meta, the only Fairy Pokémon that can learn this is Togetic and Mawile. Sadly, almost all offensive Fairy moves in the main series games have been added in the game already as Charge Moves.

If there’s anything that will surely save Fairy types, it’s by turning one of the current Charged Moves into Fast Moves. If so, which move should it be? One good candidate is Disarming Voice. Credit to Kristy for this idea.

Disarming Voice is a weak Fairy move in the main series games, and in Pokémon GO, most of the Pokémon that can learn this move are not the final evolution of their evolution family. The only two final evolutions are Exploud and Delcatty, and both of them are almost non-existent in the current meta. If this move will be changed into a Fast Move, the Pokémon that can learn Disarming Voice are Gardevoir, Clefable, and Wigglytuff.

When both Fairy Wind and Disarming Voice are made into Fast Moves, a lot of Fairy-types will get their hands on Fast Move of their own types. The only problem is that both moves are weak in the main series games, which in turn makes them out of reach from Legendary Pokémon, especially Fairy type Legendary Pokémon, like Diancie, and all four Tapu’s.

We need another candidate for a Fast Move, and like Disarming Voice, it would probably be a Charge Move that is turned into a Fast Move. To maximize the number of Fairy types that can learn the move, the move has to be either learnable via TM in the main series games, or via Move Tutor. There’s only one move that fits that description: Dazzling Gleam.

Now, if Dazzling Gleam becomes a Fast Move, which Pokémon will be affected? Clefable and Wigglytuff both have another Fairy Charge Move, while Gardevoir can learn Moonblast in the main series games so it might learn that as well. The only one that is greatly affected by this negatively is Blissey, which relies on Dazzling Gleam as its only Charge Move that is not one-bar, and it’s also a good move to ward-off Tyranitar who can otherwise tank Blissey’s moves.

Dazzling Gleam is arguably the best Fairy Charge Move so it would affect the DPS in Charge Moves, but this little drop of DPS for the price of having a Fairy type Fast Move in which Fairy types get Same Type Attack Bonus is a price worth paying.

It’s not only Fairy-types that have problems

Before I conclude, I have to address another type that is in trouble, and that’s Fire types. That problem is exemplified by Ho-Oh, which is a Fire type Legendary Pokémon that can’t learn a Fire type Fast Move. Like Fairy types, there are no more Fire type moves that can be added in the game that are relatively common. One way to solve this is the same suggestion I did for Fairy types, which is turning a Charge Move into Fast Move.

Unlike Fairy types however, there is a Charge Move that is not really popular in the meta that can be changed into a Fast Move, without really affecting the meta in a negative way. The Charge Move I’m referring to is Flame Charge. The only Pokémon that can learn this move are unevolved Fire Pokémon.

Turning Flame Charge into a Fast Move will not really affect the meta. You probably don’t even know that Flame Charge exists to be quite honest. More importantly, Ho-Oh can learn Flame Charge in the main series games so it can help it finally have a Fire Fast Move.

There’s nothing Niantic can do about the stats of most Fairy types, but they have to do something about the lack of representation of Fairy types by at least introducing a Fast Move for that type. Not only Fairy but Fire and Rock also have lack of usable Fast Moves, especially for the Legendary Pokémon of those type. Ho-oh and Suicune already shown the problem regarding lack of usable Fast Moves. Niantic has also solved this problem on other types, like adding Waterfall for Water types.

They can also solve this problem by adding Fast Moves with better coverage in the main series games, like Smack Down for Rock. If Niantic can’t add more moves, just change a relatively unknown Charge Move into a Fast Move, like Flame Charge for Fire, and Disarming Voice and Dazzling Gleam for Fairy. Niantic, you’ve done a great job in the past few months, and we are really grateful for that, but right now, Fairy types need saving. It might not be urgent, but sooner or later, that problem will be bigger. Don’t let Diancie be the Suicune of Generation VI.

Save the Fairy types!