King’s Rock in Pokémon GO: “Congratulations, you have a King’s Rock. Now what?”

USER GUIDE | Submitted by Larian on 8th March 2017With the release of Generation II, you have a lot of new Pokémon to evolve. One of the new things that can happen is that you need special items along with candies to evolve a new Pokémon. To say these are rare, is a bit of an understatement.

Even GO Hub calls them “rare to the point of absurdity”. So, if you get one that can be used on several types of Pokémon, that could cause some anxiety.

The King’s Rock is one such item. You can either make a Slowking, or a Politoed.

So let’s take a look at each of them. Both of them are new Pokémon, so you will want them for your Pokedex. But once you have one, which one will you want to concentrate on?

Of course, being a dual type makes you vulnerable to a lot, such as grass, dragon, steel, and dark (which thankfully aren’t as proliferated as many other types).In terms of its stats, it has the following possibilities as max

This actually makes Slowking one of the higher tier overall Pokémon out there.

What about Politoed? It is just a water type. So that puts it squarely in the strong against ground, rock, and fire; and weak against water, grass, and dragon.

While overall these numbers aren’t significantly different than a Slowking’s, it does drop the Politoed a good 20 places in an overall statistical ranking of Pokémon compared to Slowking. 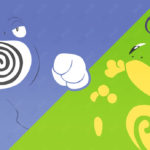 You can also read a comparison of Politoed with Poliwrath here. When directly compared, it turns out that Politoed is not that great at all. Poliwrath has more viable movesets, better stats and more versatile roles when compared to Politoed. It’s unfortunate, but Politoed is not the best evolution even inside the Poliwag family line.

What about the types of attacks they get?

Well, the Slowking can get a strange assortment of attacks (water, psychic, ice, and fire). The best DPS combo is the Confusion/Psychic attack which are nice, but limited to just psychic damage. If you don’t get the best combo, you are still getting respectable DPS attacks out of your Slowking, and if it gives you a mix of attacks, then you have some additional strengths against a greater variety of enemies.

The Politoed has a slightly more limited variety of attacks (water, ground and ice). The best attack combo has Bubble, and the much coveted Hydro Pump. So while it may suffer marginally in standing toe to toe with someone, once its charge is set, it packs a wallop. Of course, if you don’t get the best combo, then your DPS will drop rather precipitously, and your effectiveness may suffer as well.

Okay, so where does that leave you? Still agonizing, I am sure.

I think on paper the Slowking does slightly edge out the Politoed, so that is going to be my plan for moving forward. My only hope really is to get lucky on the evolutions, and only have to agonize about this once.