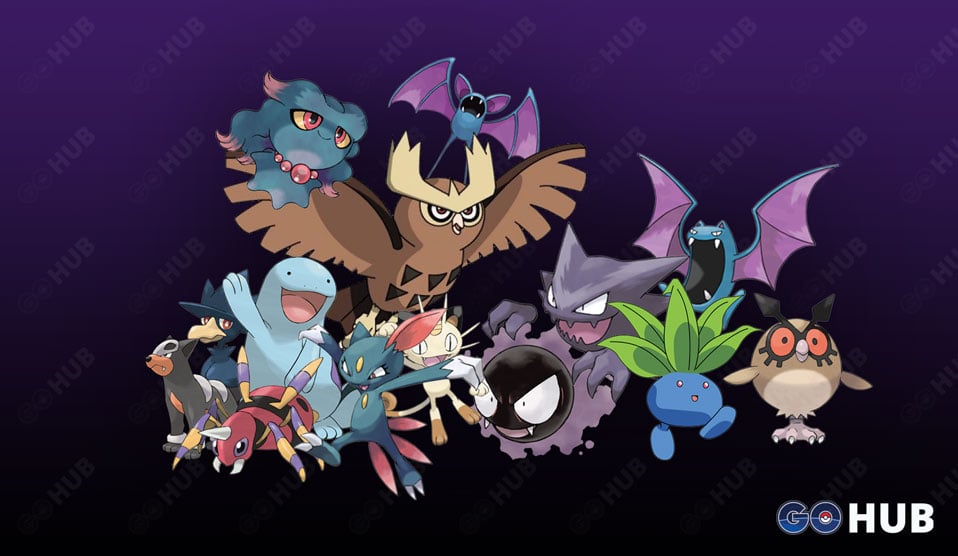 Among those questions, Nick from Trainer Tips voiced the most interesting: does time of day influence spawn frequencies of Pokémon Types or specific Pokémon species?

It turns out that Nick was on the right track, as the results we observed in our initial research are actually consequences of something else: nocturnal species exist in Pokémon GO!

We are happy to announce that the following species are more likely to spawn at night than during the day:

As you can see from this chart, several Pokémon from the Bulbapedia list do not appear to be nocturnal species in Pokémon GO. Even further, some evolved or pre-evolution forms of confirmed Nocturnal Species are also not nocturnal in Pokémon GO!

Prime examples of the latter are Spinarak and Wooper. Spinarak proved to spawn throughout the day, while Airados is more likely to spawn during the night. Same goes for Quagsire and Wooper. Data for Persian and Gloom was not conclusive.

It is apparent that some Pokémon GO species are nocturnal species, with higher chance to spawn during the night than during the day. The night cycle lasts from 20:00 local time to roughly 08:00 local time.

Our initial research (“Analysis of how time of day influences different Pokemon Type spawns”) indicated that those species are of DARK and GHOST type, however, it seems that our initial conclusions were not completely correct.

Although some nocturnal species in Pokémon GO are DARK or GHOST types, there are several others that spawn more often during the night and have other Pokémon Types.

You can use these graphs as visual representation of the data and our results. Feel free to distribute them, but link back to this article as source.

The data set used for analysis is published on GitHub, so refer to this link for the complete data set.