Spawn points are the core of Pokémon GO, spread across the world like a network of bee hives that create wild Pokémon encounters. It’s the essential infrastructure that makes Pokémon GO breath and evolve with every passing day.

Spawn points create biomes, biomes create areas of similar Pokémon which in term attracts Trainers. It’s a circle of interconnected mechanics that can’t live one without the other.

In this article we’ll be discussing the following:

Before we dive in, you should be aware that this article is rather technical. We try to explain every term that’s problematic, but there still could be some terms our readers don’t understand at first.

Reach out to us on Twitter for clarification if need be.

What are spawn points? 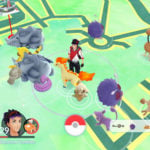 Spawn points in Pokémon GO have a few attributes that are same for all of them:

With that in mind, we can analyse the frequency and types of spawn points.

From our previous research on spawn points mechanics, we know a thing or few on their behaviour. Spawn Points are orchestrated by Niantics server side, which controls types of spawns and time of spawn. At this point, we must introduce a new concept: TTH, or time_till_hidden_ms as it is referenced in the code.

TTH, or time_till_hidden_ms is a variable data mined from the app’s network traffic that describes the time until a Pokemon is hidden. The server sends TTH, the app displays a Pokemon and it’s visible until TTH is greater than zero.

There are many types of spawn points, which are differentiated by the period of time when the generated Pokémon is visible:

To conclude the research of spawn behaviour, it’s important to connect biomes with spawn points. It’s commonly accepted that biomes are areas that consist of various spawn points that generate Pokémon of similar types or natural habitat.

How spawn points are created throughout the world?

According to our previous research, mostly carried out by Rdash123, Pokémon GO spawn points are created from Ingress XM (Exotic Matter) portals and hotspots.

Ingress Portals were mostly converted to Gyms and PokéStops, with some of them becoming nests or spawn points in Pokémon GO.

Ingress is a mobile, GPS based game that was created by Niantic Labs before Pokémon Go and pioneered the entire technology behind Pokémon GO. In Ingress, you control Portals and collect XM (Exotic Matter) for one of the two in game factions.

However, that’s not the entire story, as Spawn Points in Pokémon GO have far more depth than XM hotspots in Ingress.

The usage of OpenStreetMap is far reaching and influences both the number of spawn points and the type of Pokémon those spawn points generate.

Most notably, a strong correlation is confirmed to exist between OSM area types and Pokémon GO biomes:

Currently, there is an ongoing debate in the Pokémon GO research community on how and in what amount does OSM influence Nests and Nest migrations.