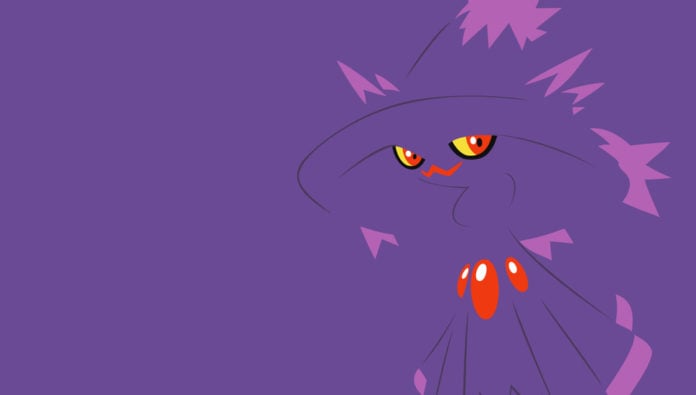 Mismagius is a Ghost type Pokémon. It evolves from Misdreavus (a Generation Two Ghost type) when a Dusk Stone is used. Mismagius is one of nearly two dozen Gen 4 Pokés that evolve from a previous generation.

Since Misdreavus evolves with a Dusk Stone, it is likely that the stone will make it into the game, but that is not for certain! If not, then many Trainers will have a team of Mismagius from day one. Some would be happy with that decision, and some would say… booooooo.

However, with a Max CP of 2465 and stats of 211 for both Attack and Defense, and 120 for Stamina, Mismagius, like Gengar before it, will see use in raids as a superb Ghost type.

Gengar holds the crown for the spot of top Ghost in the meta, but faces a contest from Mismagius. However, the latter takes only 50 candy to evolve, as opposed to Gengar’s 125. Since Mismagius isn’t a possibility until Generation Four, many players will have amassed a sizeable amount of Misdreavus candy. Of course, Gengar was a featured as a raid boss for quite some time and Gastly was plentiful in the recent Kanto event. The two have gone back and forth in terms of who has better accessibility.

Below, we will compare the stats of the top ghost types so far (and some yet to make their appearance!)

While Mismagius does not rank the highest in any of the stats, it has the second highest Defense and Stamina total. It has an attack stat 50 points lower than Gengar, though its defense stat is 56 points higher, allowing Mismagius to tank a few more hits. A higher Stamina (150 even) would greatly help Mismagius. Unfortunately, Ghost types are not known for their Stamina (in either the main series games or Pokémon Go).

This doesn’t mean that you should ghost Mismagius – it does have the highest stat total of any non-legendary Ghost type Pokémon, but only by five points (542 to Gengar’s 537). It’s equal accessibility to Gengar means that the Generation One Ghost won’t see as much screen time for those looking for a new option.

As a pure Ghost type, Mismagius only takes super-effective damage from Dark and Ghost. However, it will take little damage from Bug and Poison, and almost no damage from Fighting and Normal due to Mismagius’ immunity to those types.

On the offensive, Mismagius does well against Psychic and Ghost, but does very little damage to Dark types, while doing virtually no damage against any Normal types.

As with all Generation Four Pokémon, we do not know what moves Mismagius will have. However, it does have a prior evolution, so taking that (and some hopeful wishing), here are some moves that Mismagius might obtain.

With Shadow Ball being one of the best moves in the game, we are very much hoping that Mismagius has access to it. It will certainly make it more relevant. While not included here, I personally would love Mismagius to have access to Dazzling Gleam, leaving it able to take on Dark, Fighting, and Dragon types.

Because of its typing as a pure Ghost Pokémon, Mismagius has only a few type strengths and weaknesses. Here is a short summary of how weather affects Mismagius in battle!

Unfortunately, Fog is a weather condition that is not too common in most areas. Personally, I have only experienced Fog twice (both in very short periods of time). Maybe Fog is more common in your area, so that Mismagius has an opportunity to show off its true power.

Shiny Misdreavus is not currently available in the game, and it was left out as a shiny opportunity when ghosts were the first Generation 3 ‘mons to be released. Sableye, Duskull/Dusclops, and Shuppet/Banette saw their shiny forms come to light, but Misdreavus did not. For purely aesthetic and speculative purposes (maybe with Mismagius coming in Generation Four, it will get the shiny treatment), here are Mismagius’ normal and shiny sprites.

A Few Fun Facts on Mismagius