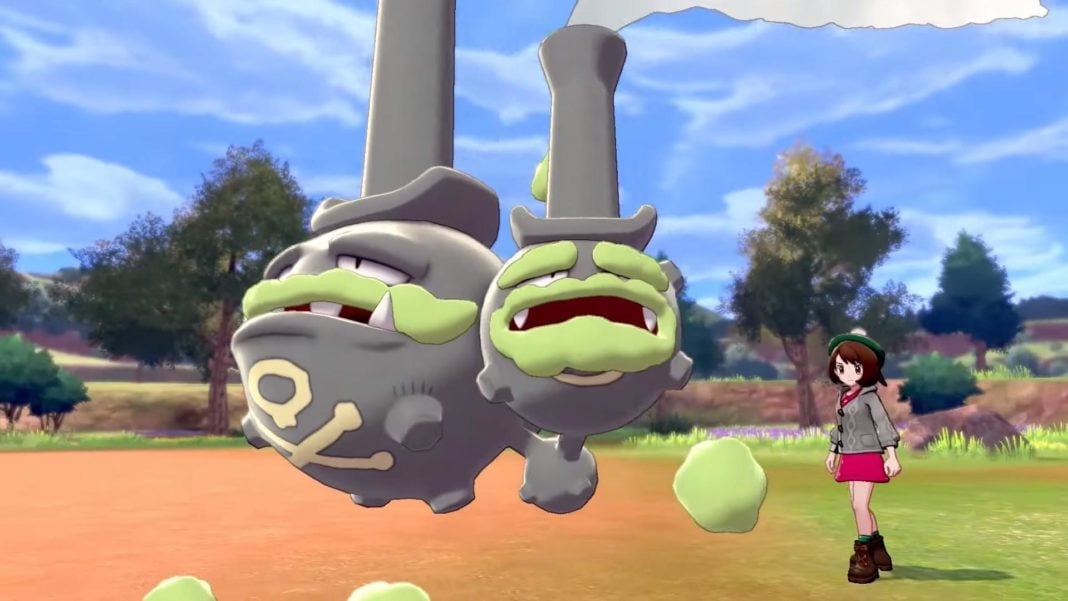 The two Best (non-shadow/non-mega) Galarian Weezing counters are the ever useful, but legacy, Psystrike Mewtwo and Meteor Mash Metagross. Galarian Weezing is a dual Fairy Poison type, is boosted by Cloudy weather, and has weaknesses to the following types: Steel, Ground, Psychic.

As a Tier 3, its stat composition of 174 Attack, 197 Defense, and 3,600 Stamina brings its raid boss CP to 16,511, or a very manageable solo for higher level trainers. If you aren’t sure if you can manage stick to groups of 2+. You can catch a Galarian Weezing Raid boss with the following CPs:

You can assume that, if anything is weak to Psychic, Mewtwo will make an amazing counter. There is no question, it is the best Psychic type in the game. It has no weakness to any of Galarian Weezing’s moves. In the case of Mewtwo vs Galarian Weezing – Psycho Cut/Psystrike is the Number 1 Moveset; however, if you missed Psystrike then Confusion/Psychic is Number 2. Either way, Mewtwo is King

Even without a Psychic fast move to back it up, Mega Gengar still makes an excellent counter down to sheer strength. If you do not have enough mega energy (or just don’t want to use it battling a tier 3 raid) then there are plenty of other options to choose from.

Meteor Mash Metagross does some mean work in Raids. In this case, it comes in just behind a Confusion/Psychic Mewtwo. If you’re lucky enough to have a few of with Meteor Mash go ahead and use them; however, if you aren’t so lucky a Zen Headbutt/Psychic Metagross is still good, but would drop down to the same level as Jirachi. Although Steel resists almost all of Galarian Weezing’s Moves – WATCH OUT for Overheat as Metagross will take a large hit from this Fire-type move.

This enigmatic Dragon seems to have proven quite useful. Although Dragon Pokèmon aren’t the usual goto against Fairy Pokèmon, the strong Steel Moves and STAB that Dialga enjoys a spot on this list. In addition, typically a Fairy Charge Move would spell disaster for a Dragon the dual typing of Steel negates any weakness to Fairy Moves. The same is the case for Fire Moves. Its power and resistance to both Normal and Poison moves makes it very useful.

The first Ground type to appear and exploit the Poison secondary typing, Rhyperior should be easily available having had a community day and Rhyhorn being strongly featured in Kanto Tour earlier this year.

Excadrill combines two of Weezing’s weaknesses in one pokémon, as such it will definitely come in handy. Unfortunately, its Ground typing won’t save it from a weakness to Fire, but it will increase its resistance to Poison yet another stage. That means Poison Move do just under 25% damage! It has a Steel and a Ground fast and charge moves so it would be hard to pick a ‘wrong’ moveset, just TM away Rock Slide and you are good to go!

There are some great shadow Pokémon available, including two of the top counters Mewtwo and Metagross. So by all means, if you have one or both of these powered up then you can really let rip! Shadow Aggron and Scizor also get an honourable mention with Alakazam and Tyranitar lower down the list.

As can be seen from this table Steel Pokèmon resit all the moves except Overheat, which they are week to. In other words, don’t use Steel counters against Overheat – especially in the Sunny weather.

As you can see raiding it in Cloudy weather, will boost 2 different Charge Moves, it will reward the work with a higher level Galarian Weezing to catch. The two more rare conditions – Windy or Snow – will definitely make the battle easier. Good news/bad news is the Northern Hemisphere is now seeing a lot more Snow in-game. 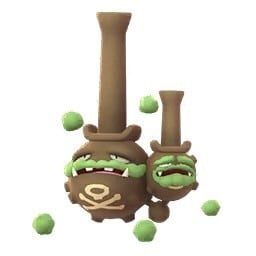