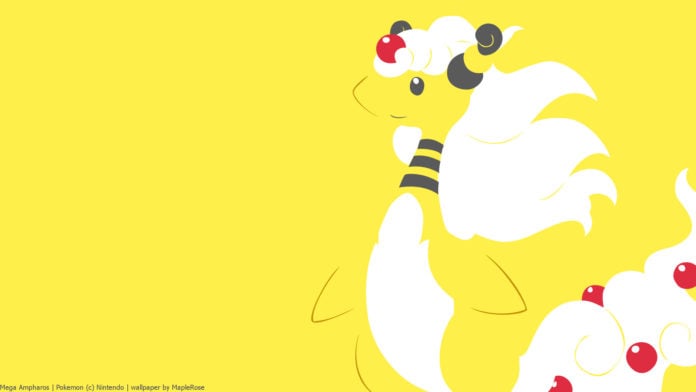 Depending on your levels and counters, we would recommend 3-5 trainers who are high level, and more if you don’t have optimal teams.

This guide will tell you how to beat this long haired beauty of a Mega, as well as its optimal stats, moves and CP range.

Let’s check out the top raid counters for Mega Ampharos:

Thanks to its dual Dragon and Electric typing, many of Mega Ampharos counters aren’t Mega evolutions, and are instead a variety of Legendarys we have had return to the game several times. Some are incredibly rare, (Axew, where art thou?), but some, like Dragonite and Salamence, have been featured in Community Days, so many trainers will find they have high IV options that are maxed out already.

How to Get Mega Ampharos

You cannot catch Ampharos in its mega evolved form from the raid. The mega raid boss is always catchable in its base form and as such, the CP ranges are for a regular Ampharos.

Ampharos can be caught with the following CP values:

Like all Mega Raid Bosses, you can catch the shiny version of Ampharos from a raid, and also in the wild potentially, if you can find it!

As a a Dragon type, Mega Ampharos is sadly lacking, in large part due to its lack of Dragon type fast move, and also the fact that its one Dragon type charge move Dragon Pulse is not only legacy, but also not so great. Needing 50 energy to power it up, and dealing 90 damage, it is massively outclassed by the likes of Draco Meteor and Outrage. Outrage does 110 damage for the same energy cost, making Dragon Pulse very energy inefficient. There are plenty of much stronger and better Mega Dragons, but where Mega Ampharos gets to shine is as an Electric type attacker.

As one of only two Electric type Megas, Ampharos is the stand out because of its massive attack stat. With a huge 294 attack stat, it can dish out some serious damage, despite being squisher because of its defense stat of 207. It has access to much better Electric type moves, we recommend Volt Switch and Zap Cannon for optimal total damage output and damage per second.