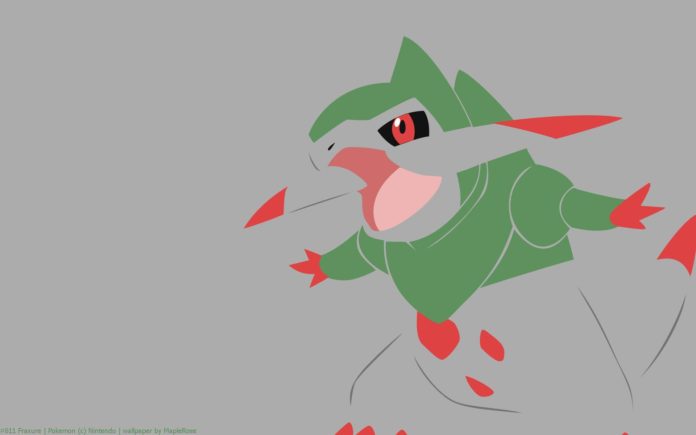 Season 8 of GBL brought in quite an interesting update to existing moves. While the Poison typing was the most prominent in this update, the most talked-about turned out to be Dragon Tail.

But comparisons aside, what really mattered was the fact that Pokémon with Dragon Tail in their profile was finally meta relevant in PvP. The winners of the Dragon Tail update were mostly ML monsters like Garchomp, Lugia, Giratina (Origin), Groudon and Haxorus. Needless to say, Pokémon like Steelix, Flygon and Dragalge became more relevant in the lower leagues.

But one Dragon type that no one talked about is Fraxure.

Umm, yes, I understand that Axew is almost non-existent in the game. 😛

But for those lucky folks who have had this tough little dragon on their side, you can gain a lot from it during its time as a Fraxure! With a moveset reminiscent of Haxorus, Fraxure can bring in some lip-smacking spice to the Great and Ultra League meta! And that’s exactly what this article will explore.

As Cilan from the B&W anime would say, “this is going to be really spicy!”

Fraxure is a pure Dragon type and as such, is weak to the Dragon, Fairy and Ice types

With the pure Dragon typing, Fraxure resists all the starter types: Fire, Grass, Water and Electric

The lower leagues of PvP are rampant with Fire, Water and Grass types, and resisting every one of them is certainly a useful niche.

Fraxure has the following stats in Pokémon Go:

Fraxure has an ATK stat of 212, which is higher than that of the likes of Swampert and Venusaur!

However, its defenses and bulk, in general, are relatively weak and this makes Fraxure function more like a glass cannon in PvP.

But who’s complaining? What really motivates this article is Fraxure’s moveset and that’s where the spice really starts to heat up!

Fraxure can learn the following moves in Pokémon Go:

Note: All the content in this article is inclined towards the usage of Fraxure in PvP and not PvE.

Dragon Tail, with its fancy renovation, is the way to go!

It should be noted that all of Fraxure’s charge moves cost 35 energy and sport 50 DMG.

Night Slash is mandatory on Fraxure. The cheap energy requirement and the 12.5% chance to boost the ATK by 2 stages makes it an asset. In addition, it deals with the scary Ghost and Psychic types super-effectively.

Dragon Claw gains STAB and is quite spammy. These two aspects work well together. Barring the Steel and Fairy types, it deals neutral damage to almost the entire meta.

So what is Fraxure’s ideal moveset?

The duo of Dragon Tail and Night Slash offers good viability against much of the meta. A single boost from Night Slash can spell doom for the opponent(s).

While the choice between Dragon Claw and Aqua Tail should depend on your team composition, it is strongly suggested to go with Aqua Tail as the strong damage output of Dragon Tail already serves the purpose of dealing the Dragon type onslaught we desire out of this dragon. Even the said boost(s) from Night Slash aim to make Dragon Tail more severe.

Therefore, the best moveset for Fraxure is Dragon Tail coupled with Night Slash and Aqua Tail

Note: Any of the combinations of Fraxure’s charged types moves give more or less the same win rate. What really matters is Dragon Tail. Its combo with Night Slash and Aqua Tail is the most viable set and therefore, I will be considering it for my battle simulations. Basically, you can use any charged moves you want as long as you are running Dragon Tail on your Fraxure.

Let’s find out how Fraxure brings spice to the GL and UL meta!

Fraxure has its best showing in the Great League. Furthermore, it also doesn’t need XL Candy to thrive in this meta.

While Fraxure has a lower win rate of 58.7% in the Ultra League, its XL variant is intimidating.

You have probably frowned on seeing “XL” embezzled in this section. But hear me out! I’ll tell you why it’s totally worth ‘XL’ing your Fraxure:

Fraxure achieves a CP of 2497 at level 49.5 with IVs of (15/15/13), which is a 96 IV monster. Having a 96+ IV Fraxure is an excellent prelude to a fully evolved Haxorus. So even if you feel dissatisfied with your Fraxure, you can evolve it into a powerful Haxorus that has an amazing 82.2% win rate in the Open Master League meta.

Say what? You want to keep your Fraxure a Fraxure and use it in the lower leagues? Fine! I have more for you!

This is a hypothetical pointer but worth the info. If we assume Haxorus to get Outrage as its Community Day exclusive, its performance in the Open ML increases to a terrifying 83.1% win rate. Of course, Outrage is a hypothesis and even with Haxorus’ current moveset, you can possibly evolve your XL Fraxure in the future and get an excellent Haxorus.

However, the tables turn with XL Fraxure!

Yes, Fraxure won’t be the next big thing in the meta but it simply can’t be denied that Fraxure’s addition to the GL and UL meta makes them all the spicier!  🌶️ 🔥

Dragon Tail is really good. And with Fraxure’s surprisingly good ATK stat combined with the possibilities of the Night Slash boost, Dragon Tail is more threatening than you expect. It goes without saying that this mid-stage Dragon is a worthy harbinger of the Dragon Tail buff.

Want your Dragon Tail hot and spicy? Go Fraxure and ‘fracture’ the meta with this dragon!  🐉 🌶️