Frenzy Plant, Hydro Cannon and Blast Burn – Will They Make the Starters Meta-Relevant? 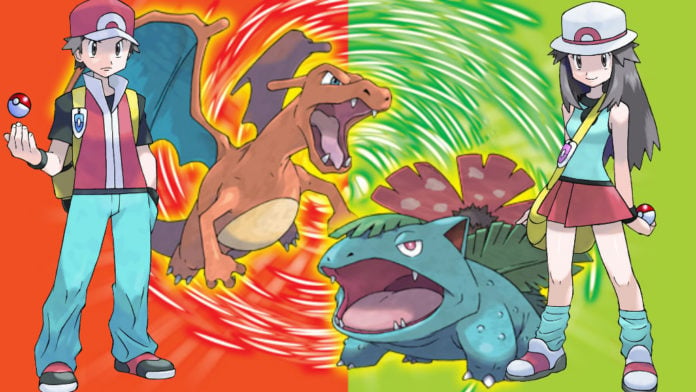 Starter Pokémon were not very relevant in the current metagame, as it was discussed in this article. However, the introduction of signature moves such as Frenzy Plant, Hydro Cannon and Blast Burn could increase their viability. These moves have not been fully implemented in the game yet, but Niantic just confirmed that evolving an Ivysaur into Venusaur during Community Day will make it learn Frenzy Plant. The purpose of this article will be to analyze the new signature moves, their influence in the metagame and how they compare to other very strong moves from the same type.

The following Table compiles the strongest Grass, Fire and Water charge moves in the game, as well as their base power in the main series games (from Generation 6+) for comparison.

The first thing that can be seen is that the signature moves, unlike the other strong moves used for comparison, have the same base power values in the main series games, which makes the analysis a bit more difficult. Solar Beam, for example, has a massive base power of 180 in Pokémon GO, along with a very large move cooldown of 4.9 seconds. Overheat and Hydro Pump have lower base power values and also a lower move cooldown.

* Keep in mind that the only signature move that has been confirmed is Frenzy Plant, but Hydro Cannon and Blast Burn will most probably follow the same guidelines if they get introduced.

Will they be viable in Pokémon GO?

Taking Solar Beam as a reference (since it’s the move that has the greatest BP), 180 base power looks like a difficult milestone to outclass. The formula that Niantic has decided to follow to make the signature moves viable is to keep them as 2-bar charge moves with a high base power.

The best way of seeing whether starter Pokémon with signature moves will become viable or not is to compare them to other strong and meta-relevant attackers from the same type. Generation 1 starters will be used for the comparison in this article, and the metric used regarding the moveset comparison will be moveset weave DPS. The base attack stats of all Pokémon have also been included in the Tables to represent their offensive power alongside the different movesets that they can learn.

The Table above shows how good Venusaur’s new moveset is. Vine Whip and Frenzy Plant outperforms the Solar Beam version and makes it a decent Pokémon. However, as it can also be seen in the Table, Exeggutor has a significantly higher attack stat. Given the fact that Vine Whip is a way better Fast Move than Bullet Seed (good DPS and EPS), there could be some scenarios in which Venusaur could perform better than Exeggutor if Exeggutor is not able to fire off its charge move and faints. For defensive purposes, a multi-bar charge move is always better and since Venusaur has a decent defense stat, using it in gyms won’t be a bad choice, although there are plenty of better gym defenders.

Charizard, Moltres, Flareon and Entei (some of the strongest Fire type Pokémon in the game) are able to learn Fire Spin and Overheat. It is a great moveset and even though Fire is not a meta-relevant type as of now, it can be regarded as viable for future purposes. Yet again, the signature move outperforms its current alternative. Charizard, unlike Venusaur, has a decent attack stat. However, Moltres (251), Flareon (246) and even Entei (235) have higher attack stats. Does that render Charizard useless despite the fact that it could learn Blast Burn in the future? Absolutely not. It will probably still be a decent alternative to use for offensive purposes. Keep in mind that Charizard has a double weakness to Rock type attacks and Golem or a Tyranitar with Stone Edge might destroy it if you leave it as a gym defender.

Despite the fact that Water Gun and Hydro Cannon pair up quite well, Blastoise is just too bad in this game to take advantage of it. Perhaps future Water type starter Pokémon are capable of using it better but right now Kyogre’s top place remains uncontested.

The previous comparisons have mostly been done from an offensive point of view. Since most of the starters are not great gym defenders, the introduction of these signature moves would not increase their viability too much. There are plenty of other options that will work better as gym defenders, such as Blissey, Chansey or Snorlax.

To sum up, the introduction of Frenzy Plant, Blast Burn and Hydro Cannon will significantly increase the viability of the starter Pokémon. Offensivewise, their battle potential will increase and in some cases they could even show in the lists of viable counters for present and upcoming raid battles. Deffensivewise, though, they won’t top the lists of best gym defenders.

It must be said that Niantic has found one of the best ways of making the signature moves relevant on starter Pokémon. Their other charge move alternatives are pretty decent and the only way of improving their current best movesets was to either “downgrade” the new signature moves into 2-bar charge moves while assigning them a high base power (which is what they did) or make them full-bar charge moves with a massive base power. Given the fact that multi-bar charge moves are often better for both offensive and defensive purposes, they probably chose the right option.

Will starter Pokémon’s relevance improve once the new signature moves are implemented in the game? Absolutely. Will it be enough to make them relevant in the current metagame? Time will tell, but it looks promising. If Niantic decides to make these signature moves obtainable only during Community Days, having a fully-evolved starter Pokémon with them will be a must for collectors out there, so make sure you get one while you can.