Meta Analysis of Politoed in the Great and Ultra League 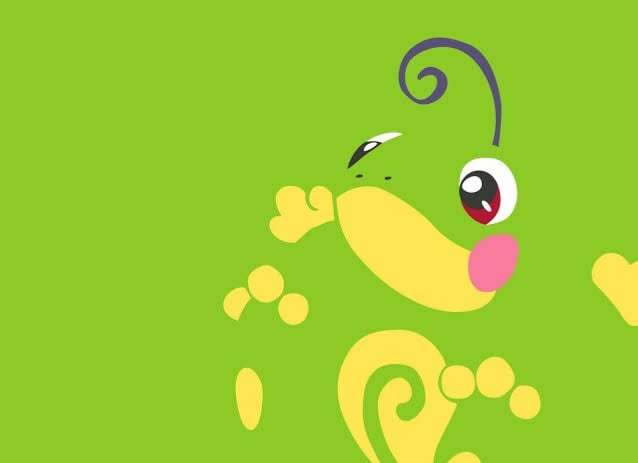 “Adele sets fire to the rain but I… I set the rain!” : Politoed

Forget beach balls in the hot, sweltering heat of the sun. Real trainers battle in the rain with weather balls.

Politoed is the OG inspiration. You thought Bagon growing wings to fly as a Salamence was cool? Make way for the tadpole from the pond, who wears a crown (read King’s Rock) and embraces royalty. No wonder King Toed is relevant in PvP while Salamence wears the dunce cap.

Politoed is a hugely popular meta pick in the Great and Ultra League, using its pure Water typing, natural bulk and an impressive array of moves to its full advantage. Haven’t we all wanted to throw our mobile phones away as this frog with a pathetic haircut spammed Weather Ball at you? Yes, we have all been there.

With the Great League being the pioneering format every season and being instrumental to gain an early ‘vantage, it is good to have a viable Pokémon like Politoed in your squad. This article explores the meta relevance of Politoed in the GL and UL meta, its best moveset, Shadow Politoed, uses, how it fares as a water type, uses and match-ups that would put the GBL needle in your favour. This adorable frog may not technically make it rain in Pokémon Go as it does with its fantastic ability in the Main Series Games, but it can sure as drizzell (drizzle?) leave your opponent drenched in humble defeat.

With that being said, let’s have an umbrella analysis of Politoed to help you brave the GL and UL storm, hassle-free!

Politoed is a pure Water type Pokémon and as such, is weak to the Electric and Grass types.

Its resistances include the Fire, Ice, Steel and Water types, all of which are omnipresent types in the GL and UL meta.

With super-effective damage against the Fire, Ground and Rock types and neutral damage to everything except the Dragon, Grass and Water types, Politoed’s mono-typing serves it well and gets a stamp of approval in these formats based on its simple yet efficient Water typing.

Let’s summarise its type match-ups along with its stats now.

Politoed has the following stats in Pokémon Go:

It is easy to see that Politoed is really bulky. Add that passable ATK stat for the lower leagues, one gets a fine Pokémon to boot. Its CP ranges help give it substantial play in GL as well as UL.

Stat wise, it is bulkier than both Azumarill and Swampert! Yes, the secondary typings of Azu and Swamp give them perks but Politoed should do really good for itself with those stats.

But does Politoed have the right moves in its arsenal?

Ah, the rain gods did bless Politoed with amazing Water types moves. And other good moves on general!

From the fast move department, while Bubble offers STAB, Mud Shot with its fantastic [DPT/EPT] set of [1.50/4.50] gives Politoed a lot more feasibility and makes its charged moves more accessible than it can get through Bubble [2.33/3.66].

Talking about accessibility, it takes just 4 Mud Shots for King Frog to reach a Weather Ball. While the GBL Season 9 updates did nerf Weather Ball by reducing its damage from 60 to 55, it is still a very good move to have for just 35 energy.

However, Surf requires 5 more energy than Weather Ball. So yes, Surf is undoubtedly more acceptable than before but Weather Ball’s spammy shenanigans make it the better choice overall.

Hydro Pump is powerful but costly. More importantly, Poli has two cheaper Water moves in both Weather Ball and Surf. As such, Hydro Pump is just not worth it.

Blizzard is as expensive as Hydro Pump but is technically more powerful in DMG and offers good coverage. With Blizzard, Politoed can go head to head with Dragon and Grass types instead of being completely walled by them.

Earthquake is a legacy move, is cheaper than Blizzard and does have more coverage. However, EQ leaves Politoed toothless against some of the same disadvantageous match-ups it has with its Water moves (dragons and grass).

So what is Politoed’s ideal moveset?

The combination of Mud Shot and Weather Ball is a compulsion. The choice of the second charged move is a huge debate between Blizzard and Earthquake.

Yes, Earthquake is cheaper and offers more coverage, but it requires an Elite Charged TM (something not all of us are swimming in). Moreover, Blizzard has its niche uses wherein it takes out mons that Politoed can’t trouble with its Water moves or even Earthquake.

As a result, Politoed’s ideal moveset is Mud Shot coupled with Weather Ball and Earthquake/Blizzard (depending on your team composition).

From the ever helpful simulations of PvPoke, it shows that Earthquake favours Politoed’s GL outing while Blizzard is recommended for the UL meta. As such, we will stick to these as the second charged move in our analysis of Politoed in PvP.

With a higher relevance of fellow Water types like Azumarill and the presence of Skarmory (that can checkmate Grass types as a potential teammate), Earthquake favours Politoed more in the GL format. As such, this powerful Ground type charged move is very convenient for the frog.

However, its Weather Ball and Earthquake can’t touch some Pokémon like Altaria, Venusaur, Tropius and have trouble against Jellicent, Medicham, Skarmory, Sableye, Clefable, Froslass, Galvantula and the new ‘n’ improved Cofagrigus.

Overall, it does bag some really impressive wins against a good share of the meta, making it all the more considerable in this format.

Shadow Politoed has just a tad higher win rate of 72.9%, making it pretty similar to regular Politoed. It loses some bulk (of course) but its Mud Shot does more damage.

Its new wins as a shadow Pokémon include Clefable, Froslass, Sableye and can nearly defeat Cofragrigus. That said, it now loses to Umbreon and Alolan Raichu.

Ultra League features the rise of the Dragon types in the meta and the relevance of Togekiss. In addition, Politoed with Blizzard puts it at the battlefield against Giratina (Altered) which it actually wins!

Needless to say, it struggles against Cresselia, Machamp, Escavalier, Umbreon, Abomasnow and some fellow Water types like Swampert, Lapras and Gyarados.

Honestly, that set of wins is really good. Spectacular, in fact. Indeed, Politoed is a threat of major proportions in the UL meta.

But how the turntables in the UL meta office!

With its charged moves becoming all the more noteworthy in the UL meta, regular Politoed apprerciates its natural bulk and would rather not lose it as a Shadow Pokémon. And yes, you do need bulk to pull off those Blizzards.

How about Shadow Politoed’s matchups?

Well, its new wins include Machamp, Escavalier and Umbreon. However, it now loses to Dragonite, Obstagoon and Shadow Machamp.

Comparison of Politoed with its water buddies

With Swampert (UL and GL)

Politoed may lack the Ground typing but its accessibility to Mud Shot and a super spammy charged move in Weather Ball makes it function like a pseudo mud boi. As mentioned previously, Politoed needs only 4 Mud Shots to reach a Weather Ball as opposed to Swampert’s 5. Indeed, Hydro Cannon is in a different level of raw power when compared to Weather Ball (both pre and post nerf), but it cannot be ruled out that Weather Ball is spammier than Hydro Cannon and makes Politoed a legitimate threat in battle.

Poli is bulkier than Swamp, doesn’t fall like a house of cards to Razor Leaf as Swamp does and it is worth mentioning again that Weather Ball is extremely spammy. Plus, Poli can actually challenge the might of the UL dragons which Swamp cannot dream of.

Poli is, once again, bulkier than Azu and in this case, it also hits harder. It has a super spammy moveset in Mud Shot and Weather Ball, something which Azu can only dream of.

Azu is, in essence, quite possibly the best Pokémon in the GL meta. To actually have a niche to itself is certainly credible for Poli. Azu is… Azu after all. But Poli does fit in a role that sets it apart and cements it as a worthy Water type in the GL meta.

So does this mean that Politoed is better than Swampert or Azumarill?

Thing is, a pocket knife can sometimes help you more than a sword or an axe.