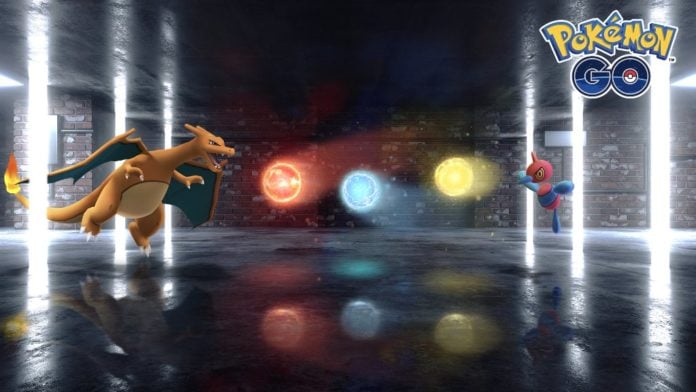 Porygon will be this month’s Community Day featured Pokémon, and the exclusive move that Porygon-Z will be able to learn is Tri Attack!

Disclaimer: Tri Attack stats are subject to change before September’s Community Day starts. In fact, the article has been updated as Tri Attack just got buffed from 20% to 50% chance to lower your opponent’s ATK and DEF stats in PvP.

75 damage for 50 energy, and considering the move’s duration, yields a disappointing 45.0 DPS*DPE, which is significantly lower than what most of the decent moves in this game have. It’s almost a Flamethrower clone, which is not good news.

Many people were expecting a Doom Desire clone, but just to show you how far the performances of both moves are, I’ll just say that Doom Desire is a 3-bar charge move that deals 70 energy and has a DPS*DPE of 87.35. Much more energy-efficient and a much better charge move. On top of that, Tri Attack will never deal super effective damage. In short, I wouldn’t recommend using Tri Attack Porygon-Z in raid battles.

Not gonna lie, these stats are also underwhelming. Porygon-Z has access to Lock On, the best fast move in PvP when it comes to energy generation, but that’s not enough. Tri Attack’s damage output is pretty bad (as a comparison, Hydro Cannon has 80 BP and requires 40 energy), it will never benefit from the super effective damage multiplier and the chance of lowering your opponent’s ATK and DEF is not too low, but not 100% guaranteed either. Icy Wind, for example, has 60BP, requires 45 energy and has a 100% chance of lowering your opponent’s ATK stat.

Bulkier Pokémon could perhaps rely on the coin flip debuff a bit more, but how many charge moves can the glassy Porygon-Z fire off before fainting? Is it really worth it? Tri Attack really needed a lower energy requirement (e.g. 40-45) or a guaranteed debuff to make Porygon-Z usable in PvP. Even then, I very much doubt it’d be meta due to its stat distribution and movepool.

Overall, Tri Attack is a average-tier charge move that could be used as a bait move to burn your opponent’s shields (and maybe get the debuff if you win the coin flip) before landing a Blizzard, Hyper Beam, Solar Beam or Zap Cannon (the nuke charge moves). That’s only gonna happen if you can survive long enough to do so because we all know that Porygon-Z is not exactly the bulkiest Pokémon out there. If you still want to use it though, you can use it with the following moveset: Lock On // Tri Attack + nuke move (Hyper Beam, Solar Beam, …).

Porygon2 on the other hand could have been a better alternative but Tri Attack will be exclusive to Porygon-Z and not Porygon2, which is a missed opportunity because Porygon2 has a better stat distribution for PvP.

So there you have it. Have fun during Community Day, catch as many shinies as you can and that’s about it. Don’t worry if you don’t get a hundo or the best PvP IV spread, Tri Attack Porygon-Z will not be as good as you might have expected it to be. And if you want or have to skip this one, don’t worry too much about it, you won’t be missing out on anything meta-shaking.