Hello Trainers! When 0.207.0 rolled out there wasn’t much the PokéMiners’ had to go on. as Niantic has brought back obfuscation with a vengeance, and a lot was hidden again.

You know the drill by now, everything in this article is datamined, and therefore subject to be changed or not even being released at all. You’ll see a running theme as we go along as well, that a lot of this seems unfinished. 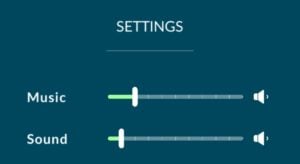 As originally found in 205, volume sliders are now live in the game.  Additionally, as a neat feature whenever you change the slider for the sound you can hear Pikachu’s cry.

A new system to receive additional rewards from “sub” quests has been discovered.  It appears that each branch will be able to reward their own reward on top of the rewards you gain from completing the quests themselves.  It’s still early on this, so it’s hard to say what they’ll be used for but it’s likely they’ll be used for events, possibly Go Fest.

At this point, the branches have the following:

It appears that the Pokédex will be getting a Shortcut bar, not exactly sure what it’ll do though…

This would suggest that the Pokédex will be resizable, with us being able to reduce the size of the Pokémon so more can fit in a row.

This appears to be the GU for the categories.  It looks like the headers and the shortcut bar will hide when you scroll down.  Each category will have its own button, likely similar to the Mega button that already exists.

This was discovered in a previous data mine as well, this is the GUI for the rotating Today view banner.  Likely for GoFest and Safari zone events.

This looks like it’s a different, or better, way to handle event ticket choices as the Kanto event had.  This suggests the Kanto event wasn’t just the first event choice we’re going to get.   It would not surprise me to see them take this approach with Go Fest.

Code to check to see if it’s snowing in-game.  This is more than likely for form changes or future evolutions.  Another way to get Glaceon perhaps? Crabominable evolution?

A new raid quest type was added that requires you to defeat a raid boss within a certain time limit.  When the PokéMiners dug into this one it appeared inconsistent throughout the code, with it referencing raids in some places and others the raid bit was missing.  Perhaps there are several different timer-based quests?

That’s all for now trainers, stay safe out there