Hello Trainers! 0.225.0 is currently rolling out to a device near you and it brings with it some pretty neat updates, including Native refresh rate, New Quests, Egg hatching improvements, and more!

💡 Disclaimer: You know the drill by now, everything in this article is data mined, and therefore subject to change or not even being released at all. This is particularly appropriate with this post than most like this, as there are things in this article that could very well change by the time this content is released. 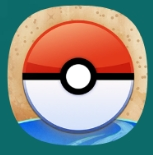 The app icon has a new look to celebrate the new season. 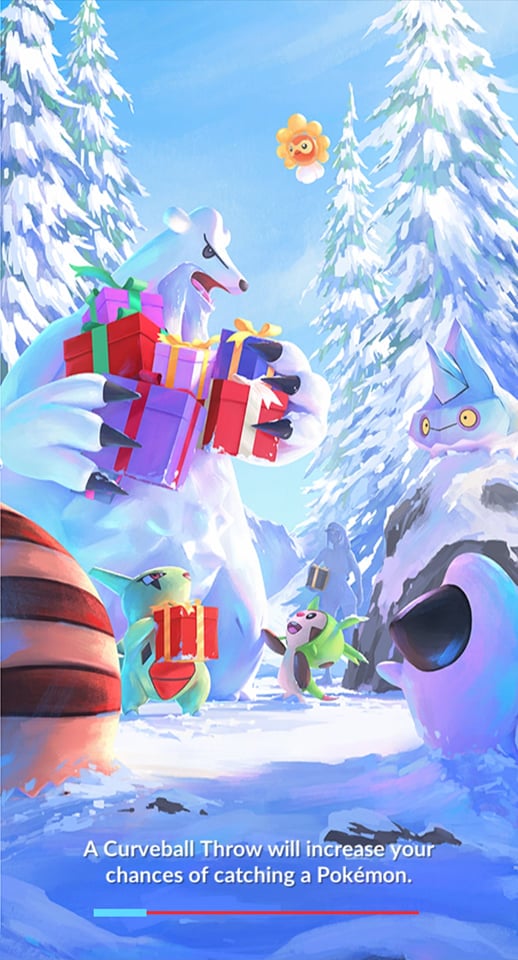 A new startup image has been pushed as well.  You can see Bergmite on the right-hand side, which means Avalugg as well!  Avalugg by all accounts could be a legitimate contender in all three PVP Leagues. 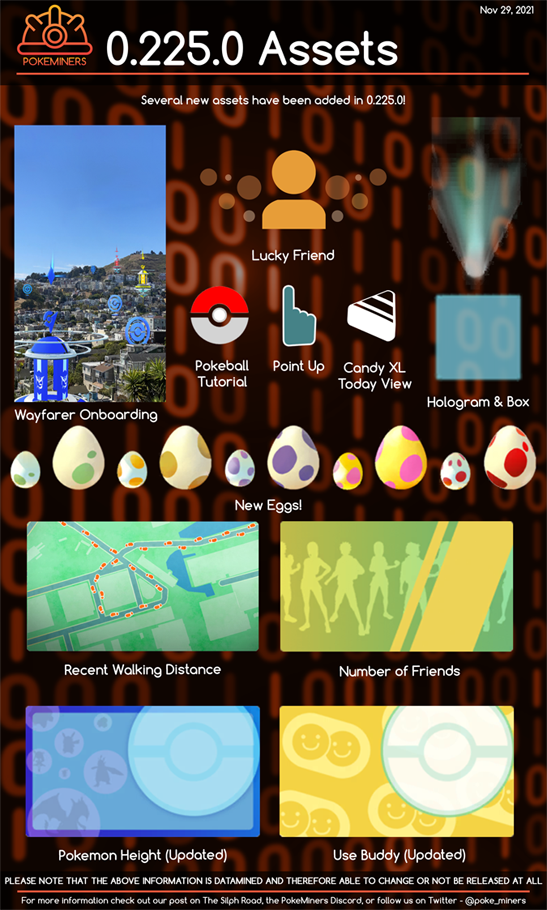 The eggs got a makeover in this update, plus a new hologram box, and some other bits and pieces. 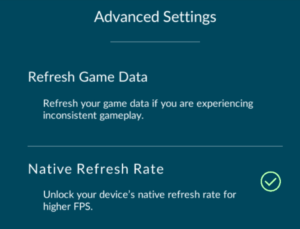 The Native Refresh Rate that was mined previously is now live.  Turning this on makes the game run so much smoother, and your battery die so much quicker.

This is the big one in this update, it appears that they are completely overhauling the PVP system.  Fingers crossed we start to see some drastic improvements soon?

A new PVP-specific library has been added, one that they have the ability to turn on remotely.  So it’s safe to say it’s not active yet.

A promise in app development is essentially a way for the game to say “I’ll do this later” which allows the game to use the results of the thing to do something else.  Essentially it’s a way for them to handle several things happening at once, which happens a lot in PVP.

New scales for a couple of things, Pokéballs, Pokémon, and Players.

As the Team Go Rocket encounters use the same system as PVP, they also are receiving an upgrade.  It would seem that they are separating out the different types of encounters instead of just throwing a different skin on the same encounter.

The speculation that we’ll be able to skip egg hatching animations seems to be confirmed here, interesting that they’ll track how many animations you’ve skipped.

Some other new settings for the egg hatching.

A couple of new quests were added.

Three quest conditions were added as well, the sticker one is interesting.

The miners have dug up other bits about story quests, and they believe that these are separate from special research quests.

The move Double Kick was added as a fast move.  In the Core games, this move does 30 damage and isn’t the signature move of any Pokémon.

A new form has been added, it appears for a Trading Card Game event/promotion coming in 2022?

As you can see from the screenshot, there’s a white circle that is used for things like Lures, and AR scanning and a larger pink circle that indicates spinning distance.  Neat Quality of Life update.

The tutorial page has new buttons

More on categories, being able to edit POI categories in-game will be interesting.

These colour overrides and controls were added to the categories as well, this suggests that the categories will appear differently and some may be hidden for some reason?  Perhaps if Niantic just needs us to narrow down the category?

Does this suggest certain category suggestions will be limited by day?

Checks to ensure you are eligible to use Wayfarer POI creation/edits in-game.  Things like do you have a Wayfarer account and have you passed the quiz.

Speaking of eligibility, there are some texts that will be associated with your eligibility.

It appears that trainers will get the option to re-take an AR scan during the preview.

There are assets to go along with this as well, they appear to be tied in with the conversation GUI and are likely for the tutorials.

It appears that you’ll be taken to the quest completion screen after successfully uploading your AR scan.

This appears to be a new rocket-type encounter.  It’s interesting that we could be getting Team Go Rocket encounters directly from quests, what are we going to be doing to draw them out?

Collect a Catch a Pokémon quest, then when you complete it a grunt leaps out of the grass and demands you hand it over?

There are several new updates to the Raid Leaderboards, including some animation to some of the cards.  The Style card for one has your avatar spin around.

It looks like Pokémon will show up on some of the cards as well, likely for the Mega card.

In-app surveys.  Perhaps this is their way of getting direct feedback from the player base?

Hopefully, whatever this is it makes Adventure sync more accurate.

There’s a lot in this section, the Miners didn’t include it all and I’m going to include even less because frankly, it’s a lot of technical jargon.  A lot of it was simply renaming ARDK to Niantic.ARDK.

New libraries for AppsFlyer were added.  AppsFlyer specializes in analytics, marketing, and privacy.

IOS_Eggs has been replaced with EGG_INCUBATORS
Sorry Apple users, no special eggs

SET_BIRTHDAY has been added to the client
Happy Birthday gifts anyone?

That’s all for now Trainers,