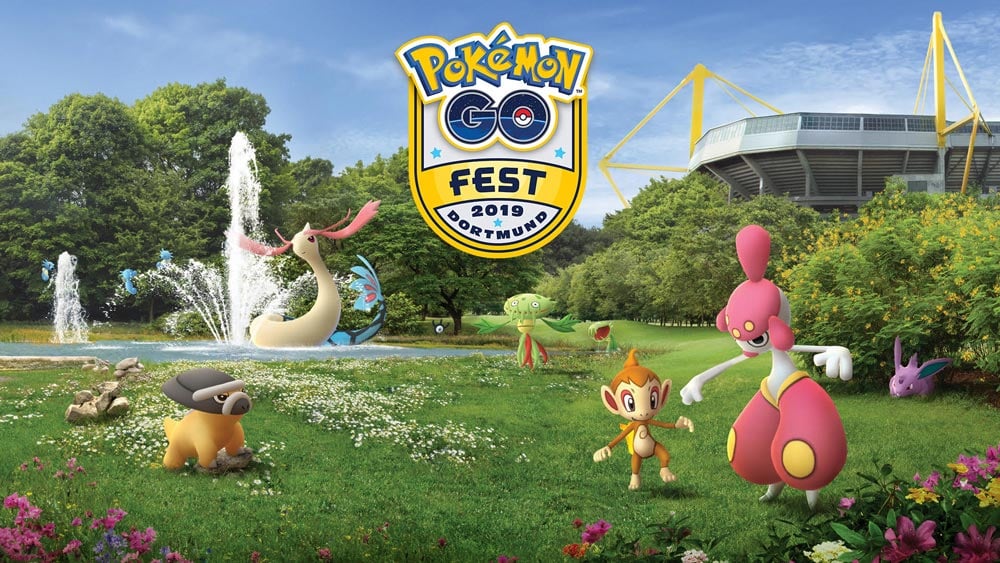 As Go Fest in Dortmund got underway a few hours ago, several shake-ups were made to Field Research encounters, Raid Bosses, and Wild spawns. Let’s have a look at these changes in more detail in our Breaking News Roundup of all things ‘Go Fest Dortmund’.

Five new Field Research Quests went live with the start of Go Fest, and they all give a random encounter from the following pool of five potentially Shiny Pokémon:

It’s safe to say that these tasks will only be available until 6pm CEST on Sunday 7th July, when Go Fest ends, at which point the non-event tasks will force-change locations.

The same five Pokémon that have been added into the Go Fest Global Field Research tasks have also been added to Raids.

As with the Research tasks, they will likely be removed again on Sunday evening in Dortmund, when Go Fest ends.

Go Fest features several Habitats where only certain types of Pokémon spawn. This also causes Global spawns to be affected with these Habitat dwelling Pokémon appearing much more frequently around the world. We’re currently seeing increased spawns of the following Pokémon. Let us know in the comments if you’ve seen any rare Pokémon that we may have missed.

Due to Weather issues on June’s Slakoth Community Day, EMEA (Europe, Middle East, and Africa) Trainers now have another chance to catch some Slakoth and evolve a Slaking with the Exclusive Move, Body Slam. While this move currently offers very little in the way of making Slaking a viable attacker, it may be worth having one day, so be sure to take advantage of this second opportunity before it ends at 6pm CEST on Sunday July 7th. As for everyone outside of EMEA, past experience tells us that you’ll probably have another opportunity to get all of the Community Day Exclusive Moves in December.

If you’re taking part in The Silph Arena’s Jungle Cup this month, you may want to take this opportunity to farm some more candy, as Vigoroth is still looking to be the Tournament’s MVP.

There’s a new Event Box in the in-game Shop, as shown in the image.

While it’s still good value for the items you get, we don’t expect many Trainers will be keen to use their Pokécoins to buy Ultra Balls…

The Jirachi Quest line for Dortmund Go Fest has been revealed. Please remember that this Quest line is only for GO Fest attendees. The global version of the quest line will feature different research tasks and accompanying text.

While taking snapshots to complete Stage 3 of the quest line, you will be photo-bombed by several different musical Pokémon: Jigglypuff, Bronzong, Chimeco, Loudred and Cricketune.

Automatically completed and unlocks the Jirachi encounter. The encounter features musical Pokémon from Stage 3 and the encounter starts once they run away and Jirachi wakes up.

Credit to Serebii for the Jirachi Quest line

That concludes our Breaking news Roundup for now Trainers. We’ll be back with any new developments as Go Fest in Dortmund and the Global Research Challenges continue.