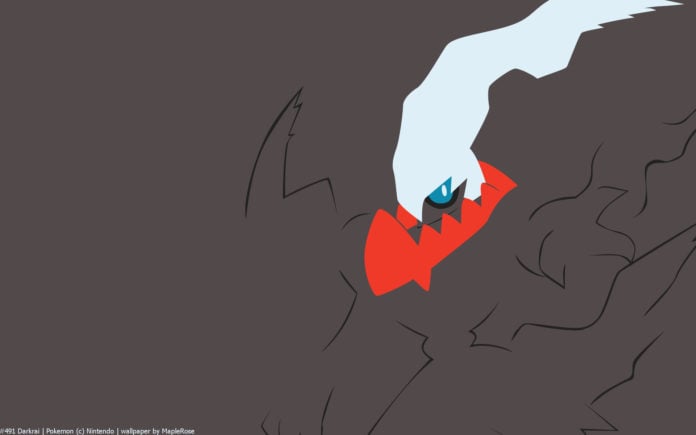 Trainers, this is a highly speculative post, but we think it’s important to keep you in the loop regardless. Darkrai was marked as transferable inside the hidden Game Master file that is downloaded on app startup. Game Master contains a complete set of information on each Pokémon, including whether or not it is transferable.

Why is this change notable for Darkrai in particular? There are several reasons to get excited about it:

This basically confirms Darkrai is coming shortly. The question is whether or not it will be the EX raids starting November 12th or if it will be what follows Giratina-A. My hunch is that Giratina raids will end on October 17th and Darkrai will replace it alongside the start of the Halloween 2019 event.

I, for one, would be stoke about this! Darkrai is a fan favorite, and I wanted to have one ever since its scary visage first appeared in the Pokémon universe. Darkrai’s moves are also a wild ride, which makes him very interesting addition to both Dark and Ghost typed attackers:

A Dark type with Focus Blast? Sign me up, this one’s gonna be wild. In any case, we’ll keep you updated if the situation advances (or this change gets reverted).

Fun fact: there was a recent Umbreon & Darkrai Spotlight on Pokemon TV where you can “Watch classic adventures featuring the Dark-type Pokémon Umbreon and Darkrai on Pokémon TV!”. You can also watch Rise of Darkrai there for free.

The Potential of Pokémon GO PvP Becoming an Esport