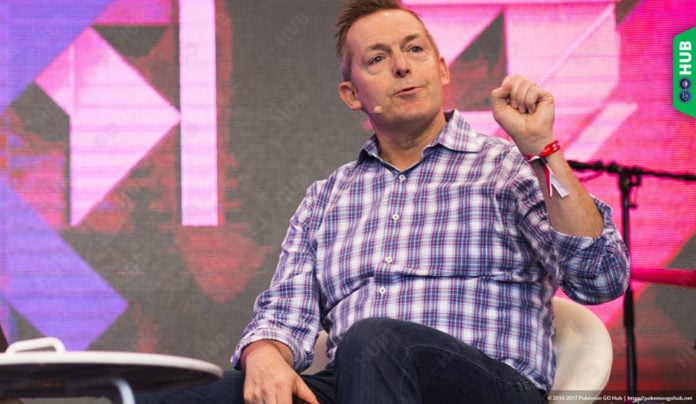 Mike Quigley, the Chief Marketing Officer for Niantic, had a public interview on the stage of The Next Web (TNW, May 18-19 2017, Netherlands) conference titled: Mike Quigley (Niantic) on AR & Community Building in ‘Real World Games’.

The video coverage of the conference went live on YouTube a few days ago and this one almost went under the radar, as Quigley dropped this info during the last minute of the interview.

A member of the audience asked a question about future updates and Quigley shared the following:

Audience Question:
What is the next version going to be?

Mike Quigley’s answer:
“You know, the gym mechanic is something in Pokémon GO which we really, really want to improve, so that’s gonna be the next big area for us.

The capture mechanic is fun, but you’re a lone wolf, you’re going out there on your own. Maybe you’re with friends, but there’s not that, kind of, connected experience. We think there is an opportunity for collaboration in that area, but more to come on that.”

Other interesting things shared during the interview

Mike Quigley is Chief Marketing Officer for Niantic. Mike oversees all aspects of marketing and communications for Niantic and its properties, including Ingress, Pokémon GO and other projects. Before joining Niantic, Mike was Director of Consumer Marketing, North America, for YouTube, where he lead all outbound marketing communications strategy and programs, including creating brand guidelines, audience development plans and promotions for major live streamed events such as the NBC Summer Olympics, Coachella, SXSW and the 2012 Presidential Elections.