Trainers, a new Pokemon GO update has just rolled out on iOS (not yet on Android), bearing the 0.127.1 version number. A redditor named thelookofamazement uploaded the iOS package, shared it on The Silph Road and enabled us to jump straight into our first iOS data mine ever.

Data mining the Pokemon GO 0.127.1 update was a wild ride, but we’re proud to say that our tools have endured the platform switcharo and provided us with a lot of new information to share with our readers.

The new update contains all of the required UI elements and assets for the upcoming Pokemon GO and Pokemon Let’s Go connectivity, but also a ton of interesting stuff we haven’t seen before. We will go over each of the items slowly, showcasing UI elements and code snippets where applicable.

Wonder box (open and full sprites featured below) is an item that was featured in Meltan discovery videos by Prof. Willow and Oak, and has now found it’s way into Pokemon GO’s asset structure:

The Meltan box can be received once per week and once activated it behaves like a Meltan-only incense module, attracting Meltan to your player in Pokemon GO. The code name for this box is .ITEM_INCENSE_BELUGA_BOX, which is interesting as “Beluga” was GAMEFREAK’s code name for both Let’s Go games.

While we were typing out this data mine, it seems that Chrales has already found the supporting text associated with the Meltan Box:

beluga_wonder_box_description : "You unlocked a Mystery Box!"
Access this box from ITEMS and open for a wondrous effect that lasts 30 minutes.

item_incense_beluga_box_name : "Mystery Box"
A mysterious old box. Opening it causes a certain Pokémon to appear for a limited time. 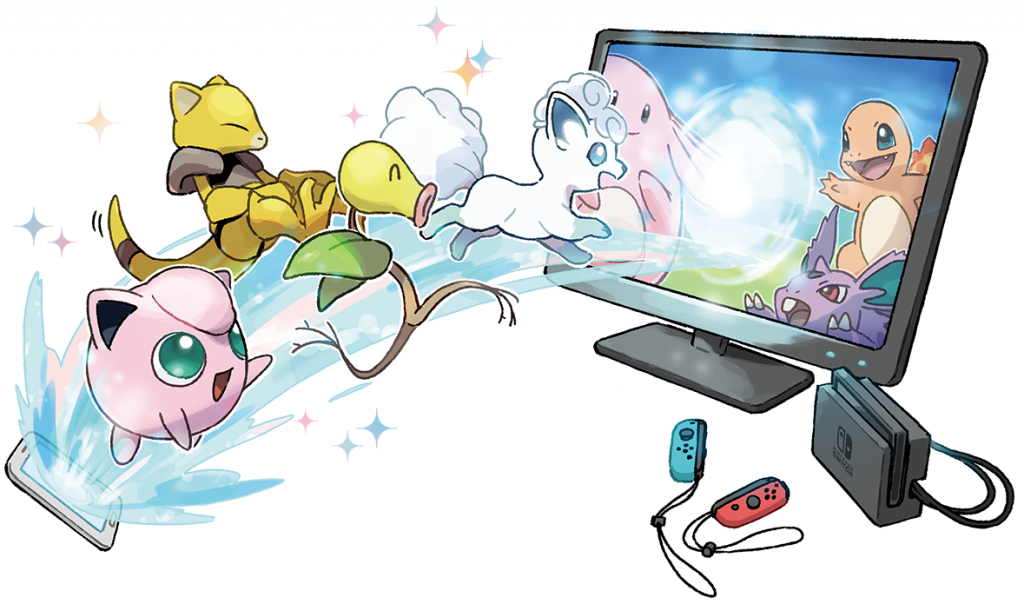 In order to obtain a Meltan Box, you need to transfer a Pokemon from Pokemon GO into a Let’s Go game. Niantic’s validation reveals the rules that are applied during the transfer:

In other words, no Egg Pokemon, only specific Pokemon will be transferable (Kanto and Alolan forms), you can only transfer Pokemon that are not in Gyms and you can only transfer one Pokemon at a time. This was well expected before this data mine, but we’re glad to confirm it. We also chuckled when we saw that there’s a white list of Beluga accepted Pokemon – Pokemon that can be transferred into Let’s Go – called BelugaPokemonWhitelist.

Unfortunately, the code base doesn’t reveal anything conclusive in terms of getting more than one Pokemon GO account to work with a single Let’s Go game. However, we can see that when you transfer a Pokemon, Let’s Go games know which Pokemon GO Trainer did it and a weekly cool down is applied. Take that as you will, but we’re not ready to jump onto any conclusions before this Friday.

Of course, it goes without saying that Switch integration has also been added in this update:

Aside from “transfer this Pokemon into Pokemon Let’s GO” stuff, the support is remarkably simplistic and low footprint. We guess that the majority of connection magic happens on the Switch side of things.

In technical terms, Poke Ball Plus connects, communicates and works in the same way as our good ol’ GO Plus. The difference with GO Plus is that it uses a specialized “Palma Service” and a new .DeviceKind identifier that says that you’ve connected a .POKE_BALL_PLUS. Aside from that, we can’t really find something that’s fundamentally different, but given that the Poke Ball Plus is handled separately than a GO Plus, there is some potential to get more features out of it down the line. Don’t hold your breath tho!

In order to support Meltan and Melmetal’s release in Pokemon GO and in Pokemon Let’s Go, their respective field values have also appeared in the code base:

Meltan is the “family carrier”, similar to how other first stage evolution Pokemon carry the entire family name. Meltan is seemingly numbered 808 and Melmetal 809, and it will cost 400 candy to evolve a Meltan into Melmetal.

For us, the most exciting news item in this update is the Sinnoh Stone, a mysterious item that is predicted to be used to evolve Gen 1-3 Pokemon into their Gen 4 forms. The Sinnoh Stone has been previously leaked by Chrales via his network traffic analysis, but now we finally have the opportunity to see how the item will look like.

Very little is known about the item at this moment, but it does exist, it’s real and it could have something to do with another thing we spotted in the code base: November 2018 event.

In case you don’t know, there’s a mysterious list of special events in Pokemon GO that lives inside of Niantic’s code base. This list is almost always associated with new exclusive forms (Pikachu hats, that sort of things). In 0.127.1, a new entry was added to the list:

Be on the lookout for a special, November 2018 only, Pikachu and Eevee forms starting this Friday. That’s our theory at least.

A new social feature is on it’s way it seems: your Facebook friends could soon appear inside Pokemon GO. The code support is currently bare bones and only mentions the feature, hinting at it’s existence:

Apparently, the game will “nudge” you to enable Facebook Friends and then stop nudging you if you disable the prompt dialog. We found nothing deeper or more meaningful about this feature.

Eh… this was a wild ride, but it turns out iOS releases are not that different than Android releases. A file is a file and it still can be data mined and processed with the same tools we use for Android! 💪

As far as the updates go, we’re super excited for the rest of November. Let’s Go is launching, Pokemon GO is getting two new Pokemon, there are some new features in the works (although we seriously doubt that Facebook Friends is all Niantic is working on currently), and all in all, we’re satisfied with what we’ve found in 0.127.1.