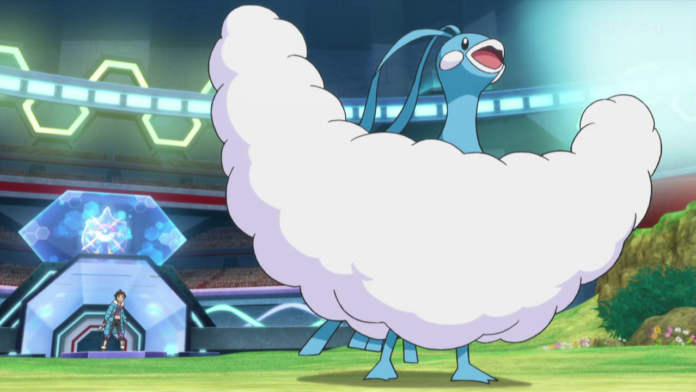 Disclaimer – This article contains information that has been datamined and hasn’t been officially announced yet. Subject to change.

New Shadow Pokémon are always an interesting addition to the meta, their higher damage output and lower bulk can make them exceptional options in both PvE and PvP. Let’s start listing the new ones. These could potentially release for the Luminous Y event, or a different event, or never. It’s datamined, no promises.

There’s quite a lot of notable Pokémon on that list, aren’t there? Tangrowth, Granbull, Blaziken, and Staraptor could be incredibly strong in PvE, with the latter two already being somewhat strong in their respective typings and Tangrowth still being fairly good. Blaziken does need an Elite Charge TM or a wait, though.
(I’m still hopeful for a Starly community day, personally. Could be great with Fly, but that’s off topic. I like birds, okay)

Shadow Granbull could be a vicious Charm user for PvP, it’s arguably the highlight of the update in terms of PvP!
Shadow Kingdra’s exceptional typing could make it a strong Octozooka spammer, with the amazing DPT of Dragon Breath supporting it.
Even Bibarel’s unassuming typing could make it a threat in certain limited cups.
Drapion’s sole Ground weakness coupled with Fell Stinger could make it a snowballing threat, though it’s moves don’t carry much weight on their own.

Even the afformentioned PvE Pokémon could have a great use in PvP, Shadow Blaziken especially with it’s legacy Stone Edge paired with Blaze Kick for quick damage.
Shadow Hariyama can be a great alternative to Shadow Machamp, and we all know how brutal those shadow-buffed Counters are!

Shadow Poochyena could be a strong Bronzor counter if Little Cup ever makes a comeback, though it’s questionable if it can survive long enough to steal a shield from Cottonee. Don’t bother with Shadow Mightyena, though.

It’s not all roses however. Shadow Manectric is utterly overshadowed by it’s own mega evolution, it’s not worth the expense of a shadow for either PvE or PvP.

Speaking of purifying, Shadow Poochyena, Starly and Bidoof fit into the rare 1000 dust purify category! Worth hoarding them to bypass certain quests on a budget, reach level 45, or if you’re just grinding for the platinum Purifier medal.

Anyway, I’ve rambled quite enough. Time to get into the new Mega Evolution, Altaria!

Following the (somewhat controversial) Swablu Community Day event on May 15th at 5pm local time, Mega Altaria will be joining raids! It’s Dragon and Fairy typing makes it a perfect addition to the Luminous X event, which features both of those types! Sure, it’s being added during the last few days of said event, but still.

While Mega Altaria’s stats and moves don’t exactly scream success in the PvE department, it has the potential to shine in PvP with it’s unique typing, nice stats and strong STAB… if mega evolutions weren’t banned in GO Battle League and rarely used for peer-to-peer battles.

At least it can boost your candy for Fairy-types, being the first mega evolution to do so. It has that going for it at least, and if you have an Altaria maxed out for Ultra Premier it’s not the worst raid option and does indeed buff your fellow raider’s Fairy and Dragon Pokémon, which can be a godsend for future Palkia raids (presumably when the remakes drop at latest).

Let’s wrap up the article with some minor model updates.

An assortment of Pokémon had minor model and camera updates, far too many to list off here, and many are borderline unnoticeable. Sylveon did get it’s Flower Crown form added, which is neat! This isn’t a sign it’ll release soon, as a notice.

This is quite an exciting update, with a majority of the new Shadow forms being interesting in one form or another. Of course, all of this is subject to change due to it being datamined, and in no way should be treated as certain.