for those who do not follow us on Twitter, we’re sharing the news here also: PokéCoin rewards have again been adjusted. We’ve already updated our “PokéCoins after the Gym Update” guide with the latest changes.

Niantic has silently changed PokéCoin mechanics. You now get 1 Coin for every 10 Minutes your Pokémon defend, however, the new Daily limit is 50 Poké Coins. There is indication that Gym Badges also influence Coin rewards, possibly circumventing the 50 Coin daily limit.

We’re not sure if this is the final form of the Poké Coin mechanics, as we expect more Coin re-balancing to happen soon. Niantic has shown that they’re listening to community feedback on this update, so anything can happen right now.

The new daily limit was confirmed on their official Support page and reported by one of our readers (Kaleb01, you rock!):

Of course, this change in the Coin mechanism makes our PokéCoin Farming Guide in patch 0.67.1 completely obsolete. We’ll update the guide as soon as Coin changes become stable (1-2 days from now).

Our Twitter poll showed that a big portion of the player base (40% of voters) was satisfied with the update, but very disgruntled by the 1 Coin per Hour defended mechanism, which has been removed now:

The community seems very divided, what is your opinion on the Gym Rework now that we know what it means?

Tell us what you think in the comment section below. 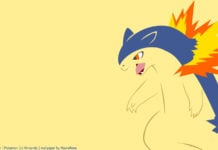