After the initial panic settled, we are able to confirm that several third party IV checkers  and trackers were the cause of this. It’s mostly old applications that required access to your Pokémon GO account (both PTC and Google login seems affected).

Curiously, none of our throwaway accounts used as research dummies in “In 2017, GPS Spoofing is the real bane of Pokémon GO” have been affected. Although we used several GPS spoofing apps as research basis for the article, none of the accounts received this warning.

With that in mind, we can’t confirm that this warning message has anything to do with Niantic fighting GPS spoofers.

Some reports indicate that the users of IV Go and similar overlay based IV checkers could be the cause of players getting warnings, but we were not able to confirm or deny these claims.

As far as the warning goes, there is no reason to panic if you’ve stopped using trackers and old login based IV checkers. Here’s the warning message in question: 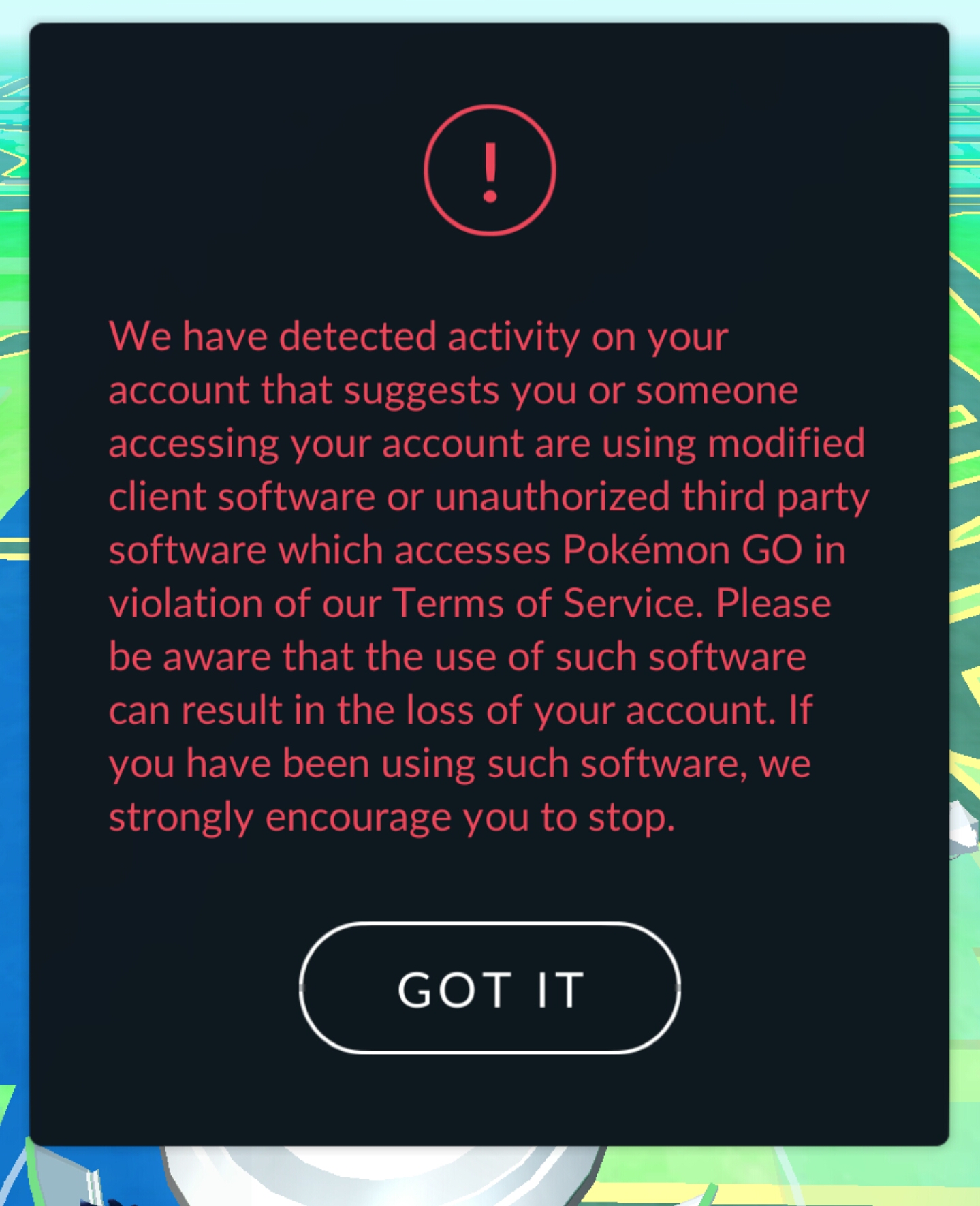 TheSilphRoad came to the same conclusion, noting the following:

We’ve verified this is a legitimate in-game message, travelers.

If you see this message, it is strongly recommended to change your password (if you sign in via PTC) or ensure no unwanted 3rd party apps are authorized to use your Google account (here).

It is possible that you authorized a 3rd party (map, iv checker, etc) in the early days of PoGo that is now using your account for nefarious purposes.

We tend to agree – it’s seems that Niantic has decided to take a course of action against third party apps written directly to benefit Pokémon GO players:

We are still trying hard to stably reproduce and provoke this warning message, but so far we had no luck.

No bans were handed out yet, so that’s off the table at least for the moment. Stay tuned for updates.