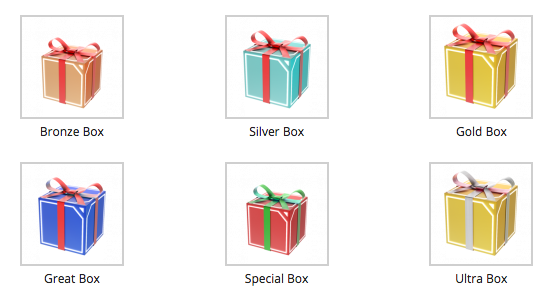 As reports are coming in, we are retesting the data mines that were provided. We can confirm that these boxes are in the APK, but no code references were found. The Silph Road is rather optimistic about this event taking place soon, and we tend to agree: is anything better than waking up on Christmas with a number of presents in Pokémon GO to open?

It’s interesting to see what options will Apple Watch support, but Few Games hinted that the watch will be able to update Eggs walking distance.

The upcoming Trainer Customization now includes Socks and Gloves. New holiday Shop icon is in the APK and the upcoming Pokémon Genders were extended with a “genderless” option.

This is what TSR said about the new APK:

In total, this is a small update for those using the device on phones – but huge news for those looking to use the upcoming Apple Watch app. It would not surprise us to see an official announcement before the end of the year.

We’re looking forward to SHINY Pokemon, Genders, and the upcoming avatar options! The future of the game looks bright, travelers. Have a happy holidays!