our data mine of the Pokémon GO 0.73.1 update is complete. When compared to the 0.71 data mine (initial Gen III traces found), there are no ground breaking additions in this update, just a fair bit of optimization and polish.

According to the naming scheme, this badge is intended for the upcoming Safari Zone 2017 events. The badge file name is “Badge_Event_Safari_Zone_Europe_2017.png”, it’s 256×256 px in size and we expect it to be distributed at the Safari Zone events via QR/manual check-in. 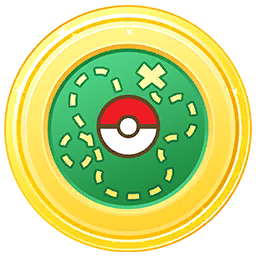 In addition, a new badge flag has been added in the code behind:

If you’re interested in attending a Safari Zone event, check out our Safari Zone page which contains city specific dates and event guide.

In the 0.73.1 APK we’ve found something very interesting: hints of two separate graphic quality modes! We haven’t found the UI that corresponds with these controls, but we do believe this is a stepping stone for a future “render LQ graphics” option.

Players have been asking for a similar feature for months, so it’s nice to see that Niantic is listening.

Aside from the Safari Zone badge, this APK contains a large amount of bug fixing, cache improvements and raid fixes. We can confirm that the following large chunks have been changed/polished:

And at last… a mysterious Gym icon has been added

We’ve noticed in our asset dump that a few texture packs have changed, featuring a new green stadium looking background. We are not sure where these are used at the moment. Could it be… can we dream… 3v3 fights?