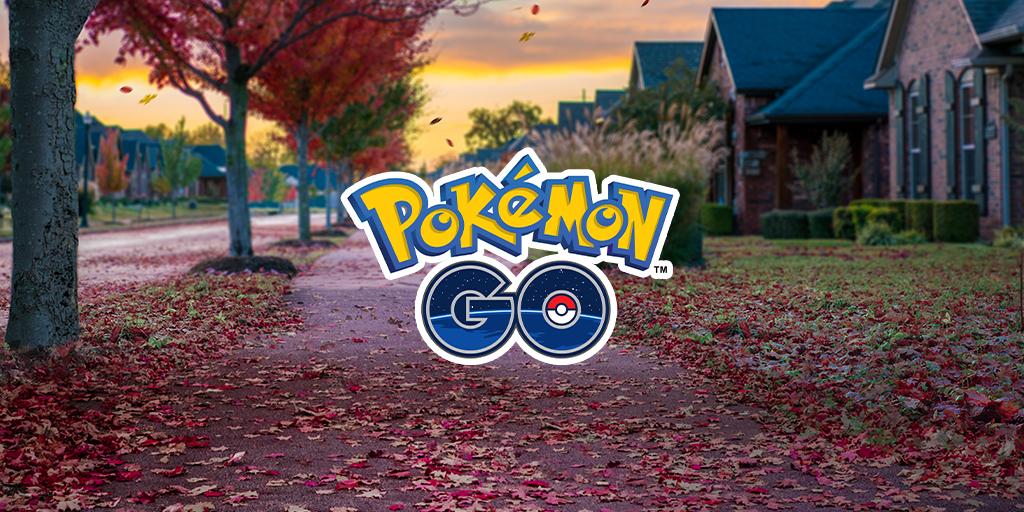 We are well into October and we finally have the first hints of one of the most popular events of the year, the Pokémon GO Halloween event! Pokémon GO just shared on all their official social media: “👻 October is here, which means it’s almost time to make things a bit spookier…” Accompanying the tweet, a rather horror movie-esque image was shared, depicting a street with falling leaves.

With no Pokémon featured in the image itself, it’s time for us to wildly speculate about what we think this spooky event could bring with. All ideas in this article are purely speculation and there is no guarantee that any of our ideas will happen. But it’s fun! Grab yourselves a cup of hot tea or your favorite pumpkin spice drink and let’s begin.

Halloween has proved as an incredibly popular time for new generations of Pokémon to be released, so is it time to see thesecond wave on Gen V? We’ve already seen the introduction of the popular Ghost Litwick, so could we see Yamask released? It has featured in promo images before, but hasn’t been released in game so far. Yamask seems like a pretty safe bet. Frillish is another Ghost type Gen V Pokémon that isn’t currently available, it seems less likely due to it also being Water type but it is adorably spoopy!

Gen V also features an array of Dark types that could feature in a Halloween event. Zorua, Scraggy, Pawniard, Vullaby and Sandile are all Dark types that we don’t currently have in game. Zorua is the only pure Dark type not released so it seems a logical choice.

Could the Halloween event introduce the elusive Darkrai? With its recent in game changes to become transferable hinting it will become a raid boss, Darkrai may well be swooping in as Altered Forme Giratina leaves on the 17th October. It is also one of the missing Gen IV legendaries we have not had introduced in game so far, and Halloween seems the perfect time for it to appear.

The other popular choice would be for Origin Forme Giratina to make its return to raids with its shiny variant available. Giratina first appeared in raids during the 2018 Halloween event, and the Altered Forme has recently had its shiny form released. It seems almost too perfect for us to immediately have the Origin Forme replace the Altered Forme in raids, but it might happen!

Traditionally new events in Pokémon GO also bring in new shiny variants, and Halloween has been a very popular time to introduce multiple new shinies. We’ve seen Niantic drop Gen V Pokémon and their shinies immediately with Lillipup and Patrat, so could we see Yamask as the new shiny?

The only Ghost types without shinies currently in game are Shedinja, Litwick and Spiritomb. Shedinja seems unlikely due to its very limited availbility in game, and Litwick is so rare it would see odd to make it so elusive, and then drop its shiny weeks after it was released.

An increase in Ghost and Dark type spawns seems almost inevitable with the new Halloween event. With Gen V now in game, we might even see some of the incredibly rare Dark and Dragon type Deino, and Ghost type Litwick increase their spawns. There are a huge amount of shiny variants for both of these types available in game, so this is going to be a popular event to grind for shiny hunters. We expect to see plenty of Shuppet, Duskull, Poochyena, Sableye, Gastly and much more.

What are you hoping for this Halloween? We can’t wait!