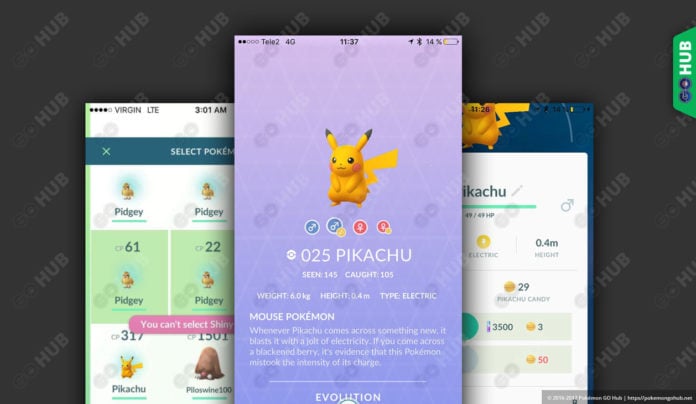 it seems that the Shiny Pikachu variant that was released in Yokohama, is now appearing worldwide. A Trainer from Saskatoon, Canada managed to catch and report the world’s first Shiny Pikachu outside Japan.

This coincides with the end of the Japanese Pikachu Outbreak event, which finished roughly 30 minutes before this article was written. One of our Swedish readers tweeted to us that he caught a Shiny Pikachu, confirming the worldwide release!

At this moment we can’t confirm if this is a limited time event or is the Shiny Pikachu here to stay. Judging by the Shiny Magikarp, it’s here to stay.

Here you Go! 🙂 anything more? pic.twitter.com/GBauSfMVaf

The following confirmation pictures were posted on reddit, you can click on each picture for larger resolution:

Picture #1 shows how the Shiny variant Pokemon page looks like, with characteristic Shiny sparkles. Do note that a shiny Pikachu features a lot less sparkles than shiny Gyarados. Also visible from the picture is the darker shade of yellow, typical for shiny Pikachu. Picture #2 shows the familiar error received upon trying to bulk select a Shiny Pokemon. Although not clearly visible, the trainer is trying to select the female Shiny Pikachu under the 61 CP Pidgey. Picture #3 confirms that capture location is set outside Japan, in Saskatoon, Canada. Update: Shiny Pichu can be hatched! Credits to AJTsin! 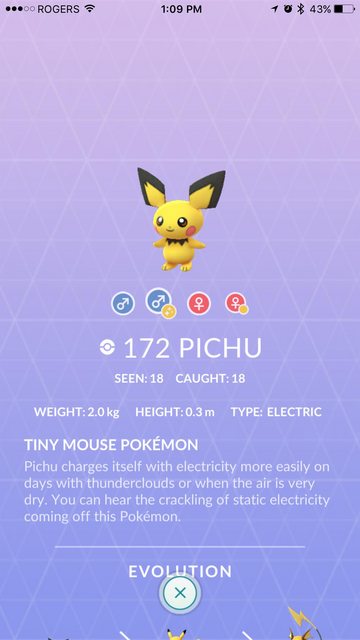 We are also attaching a quick guide to all Shiny Pikachu variants here: