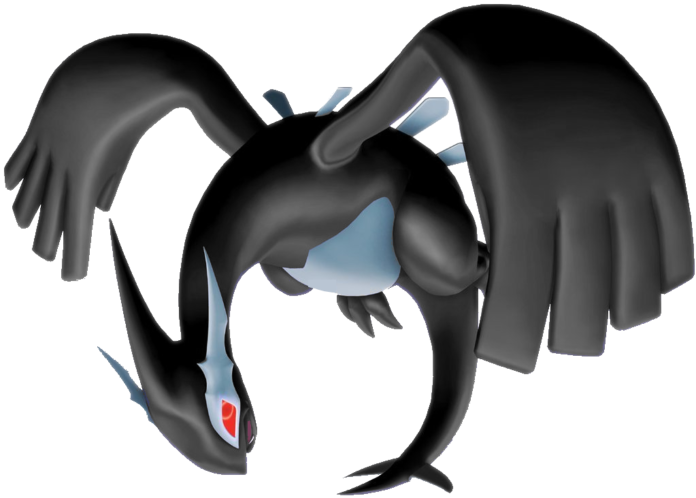 Trainers, As you may have read in one of our latest articles (here or here,) there has been a recent discovery of Shadow Pokémon within the game’s code.

You may have also seen mention of Team Rocket invading PokéStops and also a mention of “Purified Pokémon”. Lots of people are seeing this as a reason to board the hype train and go full steam ahead into the station!

It’s made me think quite a lot about exactly what these Pokémon are and why they are important in, not only within Pokémon Go but, the greater Pokémon world as well.

I have aimed to explain the differences between these Pokémon and regular Pokémon but please note that I have deliberately stayed away from anything too spoiler-y and have decided not to include any details that have been showcased by everyone’s favorite Reverse Engineer.

Please also note that a full-guide for this feature will be available through GO Hub shortly after it goes live. This is also the reason why I have stayed away from using this article to speculate how these Pokémon will function with Pokémon Go itself.

Anyway, enough disclaimers, lets get into the good stuff:

So Liam, what exactly is a Shadow Pokémon?

If we look at the Bulbapedia definition, this is what you see:

“Shadow Pokémon (Japanese: ダークポケモン Dark Pokémon) are Pokémon that are being used for wrongful acts because they had the doors to their hearts shut artificially, a process created and carried out by Cipher in the Orre region. Collecting Shadow Pokémon through snagging and restoring them to normal by purifying them is the main goal of Pokémon Colosseum and Pokémon XD: Gale of Darkness.”

These are basically artificially created Evil Pokémon that are being used to do bad guys bidding. Hence why they are the perfect fit for a Team Rocket Grunt!

As you can see from the above screenshot from Pokémon Coliseum, Shadow Pokémon have a purple “aura” around them and are distinctly different from a regular Pokémon.

What else makes them different?

As you can probably tell, the visual appearance isn’t the only difference between normal Pokémon and their Shadowy counterparts (Fun lore fact: The “Aura” is actually supposed to be invisible to all those except people with special abilities to detect it or using special items.)

In addition to the above, Shadow Pokémon (in the Gamecube series games at least) were not able to level up until they were “purified”. This means that they were cleansed of their Shadow ailment and returned to a normal state.

Shadow Pokémon are typically stronger than their counterparts and in the Gamecube games they dealt either neutral damage or super-effective damage against all types (depending upon which one of the two titles you played) – Shadow Pokémon also had special Shadow Moves such as “Shadow Rush” that they could use instead of regular attacks.

In addition, due to their unstable nature, Shadow Pokémon have a tendency to not listen to or even attack their own trainers! 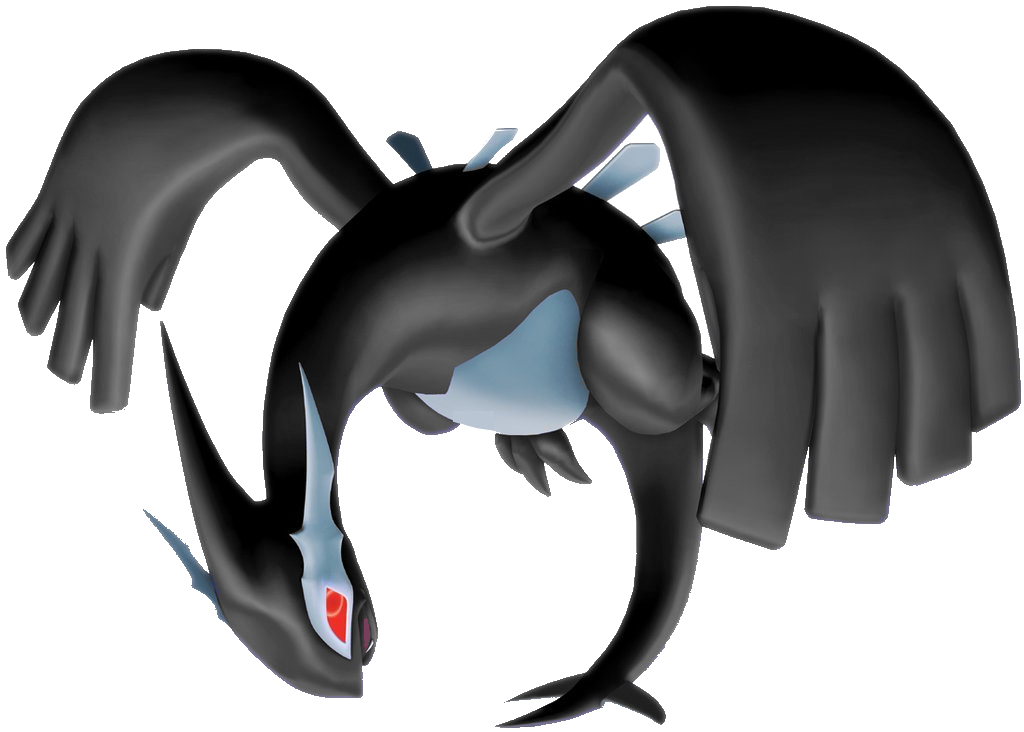 You may have seen plenty of hype around the above Pokémon: Shadow Lugia. This is yet another thing from the Gamecube games that didn’t make it past those two titles but has become a fan-favorite ever since. Hence why, with the return of Shadow Pokémon seemingly being imminent, players are stirring up excitement for the future possibility of this Pokémon to  be featured in raid battles or in some sort of future event.

It’s worth noting that Shadow Mewtwo was seen in the Pokkén Tournament franchise of games and has not made an appearance since – We doubt we will see this form of Mewtwo in the games – especially after the surprise release of Armored Mewtwo, but you never know!

I would like to state that don’t exactly know how the upcoming feature will pan out, nor are we 100% sure which Pokémon will get the Shadow treatment, or if shiny shadows will be available. For this reason, this article (and below stats table) are based upon the Gamecube definition of what Shadow Pokémon are.

The way that Shiny Pokémon work in Go is slightly different but in short yes: Shiny Shadow Pokémon do exist. They had the same odds as a normal Pokémon of being shiny (1 in 8192) however in these two games, if a Shadow Pokémon is shiny when you encounter it, it will likely not be shiny once you capture it.

That being said, any Shadow Pokémon that is captured (or snagged) has a 1 in 8192 chance of then becoming shiny after it enters your storage. 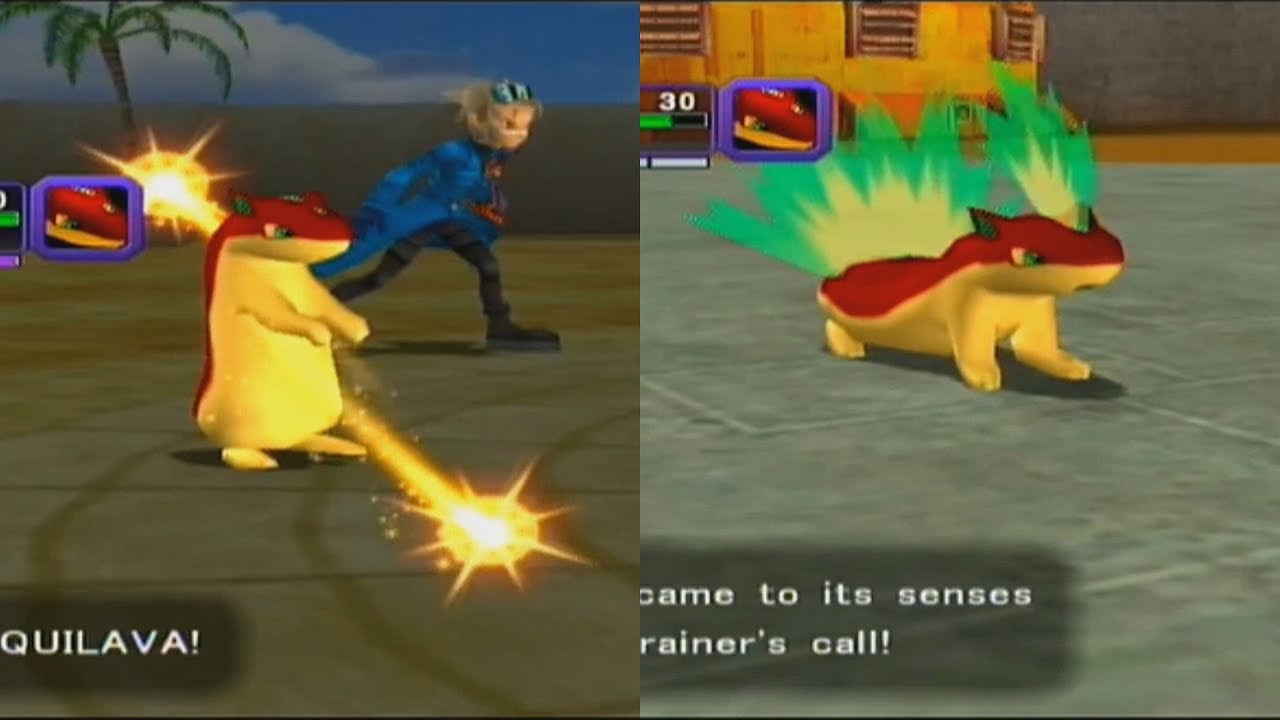 Well, Trainers, we are excited to see this new feature go live and what comes next in Pokémon Go. Hopefully, this article has given a bit more insight and understanding about what Shadow Pokémon are and why they have been creating a bit of a stir recently with the player base and hype.

Collectors and casuals alike will want to make room in their storage for these new Pokémon and we look forward to hearing your stories once they have been released in-game.

Which Shadow Pokémon are you looking forward to getting?