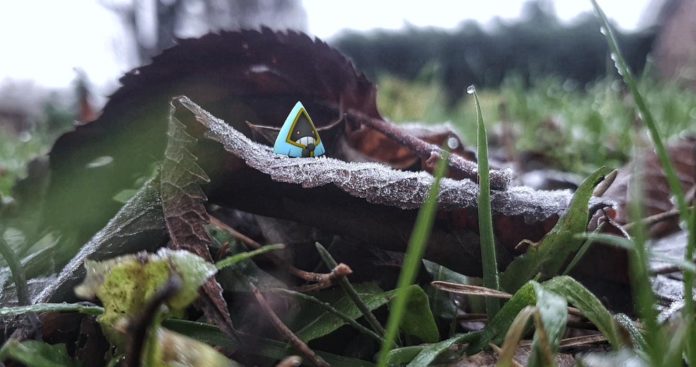 Little Cup is the first time I’ve really tried with PVP. I usually try to get to rank 7 with varying levels of success, purely to get the Elite TM end of season reward, but with the brand new Little Cup, for the first time, I was invested! I need that Pikachu! I had hoped to be able to get to rank 10 for the first time thanks to the new ranking requirements, but as I battled, I found I cared less about hitting rank 10, and more about the mechanics and winning than I ever had before.

Why did I enjoy Little Cup so much compared to any of the standard leagues? Accessibility. You could give Little Cup a good go with any non-evolved Pokémon that you could easily catch in the wild while the Little Cup was running. I was lucky to have a few Pokémon earmarked as potential PVP for Great League that I hadn’t evolved yet or invested in, so I was able to start out with them, before adjusting my team with more recent catches.

I didn’t pay a huge amount attention to the meta to begin with, instead using Pokémon that were pretty much ready to go without any stardust investment, because at first I simply wanted to get to rank 10 to get the Pikachu in the Luchadore outfit, rather than actually do well at the Cup.

With a more accessible cup and a less strict meta, Little Cup has been more viable for more players than any cup before. Of course PVP IVs help, with the low attack stat and high defense and HP, but if you didn’t have access to that, anything under 500cp could potentially work with the right moveset!

I started out using this 500cp Eevee that just happened to sit at exactly the maximum CP for the Cup, and a couple of power ups gave me a Drifloon ready to go. It cost me a couple of thousand stardust, and I didn’t add a second move on any Pokémon until I was into rank 8 and seeing rank 10 players as my opponents. It meant I only really invested in 2 Pokémon for the majority of Little Cup, a Bronzor (yes, sorry, I was that person), and my personal MVP Barboach.

Potentially I won’t use these Little Cup Pokémon again, so not having to invest a ton of stardust to get to a decent rank helped! Now I’ve hit rank 10 I plan to just experiment and use a bunch of different Pokémon I’ve caught recently to see how they fare against some of the Pokémon I really struggled with, such as Minccino, and my team was pretty weak to Dark overall.

As someone who didn’t grow up with a Gameboy or DS, I never really got to play the main series, so my knowledge of typing has been pretty limited, and mostly learnt via Pokémon GO. Thanks to Little Cup, I feel like I’ve actually got a much better grasp on it. Learning what types are weak to others, and how different moves might impact upon a Pokémon that isn’t weak to the move can be really tricky, but Little Cup really helped me understand it better.

Knowing I could get a shield down on a Cottonee with Icy Wind on Drifloon or else it would be super effective and do a serious amount of damage, or use Icy Wind to decrease my opponent’s attack stat, even when I wasn’t type effective, was so helpful. I hadn’t done much PVP before this cup so I wasn’t sure of a lot of moves impact, but I know so many more of them now!

Little Cup was more diverse, so I came across more different Pokémon, and more different moves, than I had in any PVP before. With Great League I found I saw a lot of the same Pokémon over and over again, but with Little Cup there were some spicy picks people were sneaking in that could really surprise me, and challenge me to figure out what Pokémon to swap to.

I utilised pvpoke.com to help with my team as battles got harder, with their specific Little Cup ranking systems. I used only one of the top ten rated Pokémon, that yes, very annoying Bronzor, and my final team to get me to rank 10 included Drifloon and Barboach, with Barboach as my lead.

Not Having to Win the Lead

As a less experienced PVP player, I tend to find that if I lose the lead, I’ve lost the match up. With Little Cup, while winning the lead helped, I found I could win a lot more battles thanks to clever switching or using moves that affected my opponents attack stats, even with a lost lead. Sometimes I chose to straight up sacrifice my first Pokémon in a really bad lead rather than waste shields to try to save it.

In one battle that stood out in particular, I lost the lead badly and my Barboach was toast in a few hits from a Cottonee. I was then able to recover thanks to Icy Wind Drifloon managing to wipe out Cottonee, and lower the attack stats of their two remaining Pokémon so heavily that even though I wasn’t super effective against them, I still scraped the win with the tiniest bit of health left. So exciting!

Getting to rank 10 for the first time was my biggest aim, and I was so excited to hit it before Community Day. For the first time I found myself doing my maximum battles per day and not getting bored, and even wishing I could do a few more than my maximum sets! I know the changed requirements for rank 10 this season have been controversial, with many people saying it isn’t a ‘real’ rank 10, but as someone who loves the costume Pokémon and who previously didn’t have a hope of hitting rank 10, I was so thrilled to finally get there and get my Pikalibre.

Knowing I had to win a specific number of battles, rather than gain a certain rating, gave me much more incentive to try to hit those higher ranks. Previously I had hit rank 8 once before and that was my highest, usually rank 7 is about where I plateau. Knowing my losses wouldn’t destroy my rating gave me a lot more push to keep going, and I appreciated this change for Season 5.

For me, one of the best parts of Little Cup has been seeing a lot of people talk about PVP that I don’t usually see mention it. My local Discord and group chats have had a lot more people talking about PVP than ever before, and I saw people get into it who had never bothered previously. Something about Little Cup just really connected people to it! I really hope we see Niantic run this Cup again in the future, I know I won’t be evolving my team to Great League just in case.

From a personal standpoint, whilst in rank 8 I beat a rank 10 player, with all my Pokémon still in play, and a shield remaining, after I lost the lead. That was SO satisfying! I’d never experienced a win like that before and it was such a buzz, and even having people quit matches they knew they couldn’t win felt so good and new to me. I can see why people get so into PVP competitively!

Little Cup has really opened my eyes to PVP, and I feel like it has left me a lot better equipped for regular League seasons. I already have one eye on Kanto Cup and Catch Cup, and for the first time find myself looking forward to battling, rather than just doing it because I want the rewards.