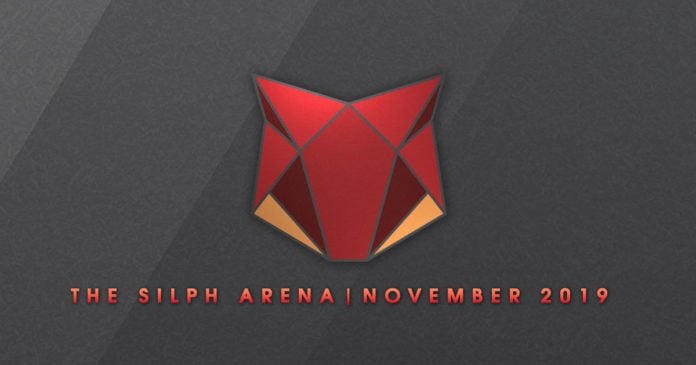 Ferocious Cup is the Silph Arena’s November themed cup, featuring land-based Pokemon that walk on 4 legs, or 2 legs with a tail (with a few exceptions). Ferocious Cup lasts from November 1 through November 30.

As of October 18th, the proverbial door to Pandora’s Box has been opened. With Sinister Cup in full force, Battlers have an unprecedented kind of metagame awaiting them in November as the Silph Arena has stepped out of the norm.

The Ferocious Cup is not based on types as to whether a Pokémon is legal or not. Instead, it centers on “beast”-type Pokémon with select type bans. While we’re still a long way from knowing what will truly be defining and playing key roles in the meta, that isn’t going to stop us from trying to see what Pokémon have the tools needed to succeed as the meta develops.

What’s Allowed and What’s Out?

Previous Silph Arena cups have been confined to specific types with specific Pokémon being barred from competition in an attempt to ensure a more diverse meta. However, the Ferocious Cup doesn’t follow this formula at all. Instead of types, certain kinds of Pokémon are legal with some type bans.

So before we look at some potentially strong contenders, let’s first look at the key bans and inclusions:

This boils down to the following list of Pokemon that are allowed in the Ferocious Cup:

As it stands, there are already groups of Pokémon that have started to stand out. Chief among them are Dark and Water types.

For Water types, this is easy to understand as there’s no Razor Leaf users in the meta due to the ban on Grass type Pokémon.

Dark types also appreciate the ban on Bug types, but perhaps even more, they appreciate the fact that almost every Fighting type in existence is classified as a humanoid Pokémon, and is thus banned from the Ferocious Cup. Their lone remaining weaknesses, Electric and Fairy, respectively, are expected to be found on most teams as a result. Ice, Ground, and Fire types also figure to be in the mix as they either stop some of the top type groups or simply work well with them to remove their counters.

So, we know the type groups to look for, but we need Pokémon for our early team to test!! Let’s take care of that:

Umbreon has been a staple in any Silph Arena Cup that it has been allowed in, and it looks like the Ferocious Cup will be no different. The recent buff to Snarl makes it all the more dangerous as it can not only tank hits really well, but unleash a barrage of Dark type charge moves. It naturally is going to struggle against any Fairy type it comes across, but Umbreon has all the tools necessary to win many neutral matchups which is something that figures to be crucial in a cup with no clear type maps. The one hindrance for Umbreon will be its reliance on its Community Day move, Last Resort, for the Dark vs Dark matchups it will inevitably come across. If you don’t have Last Resort, Umbreon is still a great generalist, but you may want to look at another Dark type first.

Hey look, two more staple Dark types that Battlers are familiar with from the Twilight Cup and Nightmare Cup. By now, Skuntank is a well-known staple of virtually any Cup that it is allowed in. While this may be the weakest it has been, it is by far the best Dark type that isn’t weak to Fairy. With Ground type options severely limited in the Ferocious Cup, Skuntank should find few hard counters. It’ll have problems with its coverage though. There is such a thing as too many good moves to pick from and Skuntank has that problem with its charge moves. Alolan Raticate is essentially a widely available Umbreon. The main differences are much lower bulk, but STAB on Normal type moves with a Normal type fast move to get the upper hand on opposing Dark types. It’s extremely happy that Fighting types aren’t around here, but there’s still some Counter users that will delete it on a moment’s notice.

The September 2019 move rebalance definitely benefited Suicune and most top Battlers took notice. With Snarl and Bubble Beam, not much is getting rid of Suicune quickly with Grass types banned. Even Electric type counters will be forced into longer battles as Suicune will reach Bubble Beam before most of them reach a charge move. The reason Bubble Beam is so crucial is that it will always reduce the target’s Attack stat by one stage, which means that the Pokémon meant to counter Suicune, end up getting weaker over time as Suicune wears them down. And if you think Suicune is all about speed, don’t forget it has an unforgiving nuke in Hydro Pump should you be out of shields. The issue with Suicune may be with obtaining one. If you don’t have friends that saved research box Suicunes, good luck getting a 1 / 1 / 2 IV spread on raid Suicunes.

Vaporeon is finally relevant again!! The OG Water type king has long since been drowned out of the raid meta by Kyogre, Swampert, Gyarados, and countless others. However, this eeveelution is back in the spotlight in a new setting and it’s here to remind you how tanky it is. Vaporeon’s amazing HP lets it survive well and Water Gun is always a good fast move. With Last Resort, it can nail fellow Water types for strong neutral damage and Aqua Tail is good shield bait. Similar to its cousin, Umbreon, Last Resort isn’t outright mandatory for Vaporeon to be a generalist, though it will certainly not be as effective overall.
Bibarel, yes, you are reading this correctly. This is not a joke. Bibarel actually has good PvP moves, and leave it to the fine folks at Silph to come up with a meta that it actually thrives in! Bibarel has quick charge moves and Water Gun is well-balanced as a fast move in terms of DPT and EPT. And if you really want to make an opponent feel bad, you can always play with Hyper Beam to decimate just about anything in front of you.

So remember how it was weird seeing Bibarel? Yeah, hi Minun. With Lanturn and Magneton out of the equation along with all the “mud bois”, it’s Minun’s time to shine. It’s easily the best Electric type with access to Discharge, and this, in turn, makes it the best Suicune counter as Discharge will go off before Bubble Beam assuming equal energy. Aside from that, Minun does what a typical Electric type does. It zaps Water types and puts on good shield pressure because Spark has good EPT to go with Discharge’s low energy requirements.

Raichu is a common face from the Rainbow Cup, and it looks to make a strong return here in the Ferocious Cup. Although on the squishy side, its legacy fast move of Thunder Shock means it’s the most aggressive Electric type in terms of using charge moves. It also has access to Brick Break, which is nice for the numerous Normal and Steel types that should be roaming around. Pachirisu is yet another oddball we’re coming across, but it also has what an Electric type wants; Thunder Shock or Spark and a low energy cost charge move to spam. For Pachirisu, that’s Spark and Thunder Punch. Throw in Thunderbolt for good measure, and you’ve got a viable little squirrel. If you know someone who went to Chicago GO Fest, now might be a good time to ask them for one in hopes of getting a lucky dex entry!

With Grass types, and by extension, many Poison types, gone, there aren’t many Charm resistances. If you want a way to quickly defeat Umbreon or its Dark type friends, you’ll want to invest in a Charm user.

Alolan Ninetales looks to be the best of these as it has a low energy cost charge move that it has a realistic chance of using every match. If it does end up getting to Ice Beam, that will chunk down most of the meta aside from the Water types. It also helps that some Battlers may already have one due to it being an underrated pick in the Twilight Cup.

Granbull is the only other legal Fairy type in the Ferocious Cup. With a pure Fairy typing, it resists Counter and can put up a little bit more of a fight against the spare Rock types of the meta. It otherwise does the core things Ninetales does; delete Dark types and chunk anything that doesn’t resist Charm.

There are many other assorted options to consider for your Ferocious Cup teams. Here’s a few other options for you to look at as you’re building your early teams to try out: Electric type counters.

Donphan also has Counter and Charm… Please use Counter though. Worth noting that Sandslash is the best Mud Shot user in the meta and any Battler you ask can tell you how amazing Mud Shot is. These two Ice types handle the Ground types well and are very aggressive with their charge moves thanks to Powder Snow.

Piloswine deals with Electric types, while Alolan Sandslash resists Fairy thanks to its secondary Steel typing. This duo could make noice with their strong moves and great defensive typing. Having a resistance to Fairy and Electric in one team slot could prove invaluable.

Worth noting Nidoking wants a legacy fast move in Fury Cutter to stand out from Nidoqueen. Be careful with the glaring Water type weakness though!Stubby legs count too!

Similar to the Nido duo above, having a resistance to two key types can provide great role compression. In this instance, Shelgon provides a crucial resistance to Water and Electric while having Dragon Breath to push damage on anything that isn’t a Fairy or Steel type. Be super careful of Charm; Shelgon will be deleted.

Looking to the Future

This move by the Silph Arena has all but opened Pandora’s Box. Up until now, Battlers could count on there being a pool of types to pick from with very specific bans. However, the Ferocious Cup has foregone all of this and all options for a way of selecting themes for future cups must be considered moving forward.

While many of the top options are either costly or a bit restrictive, we must keep in mind that these are early looks at a meta that hasn’t been explored. With no true type map to start with, the Ferocious Cup could end up providing an opportunity to show creativity at another level in the world of competitive PvP.

Or perhaps it won’t. Only one thing is for certain: all possibilities are open for future cup themes moving forward.

Who will find the hidden gems in this cup? It’s time to GO and explore together! Stay tuned for a more in-depth breakdown of the Ferocious Cup as the meta develops and we have a better understanding of what’s hot and what’s not.