Everyone was waiting for him in Pokémon GO. Everyone was excited to finally meet him in Raids. But how many of you trainers actually KNOW him? In this series of articles called “Know your Pokémon” we will analyze the background stories of some Pokémon you may have some interest in, starting with this Halloween’s very own themed Pokémon, Darkrai. 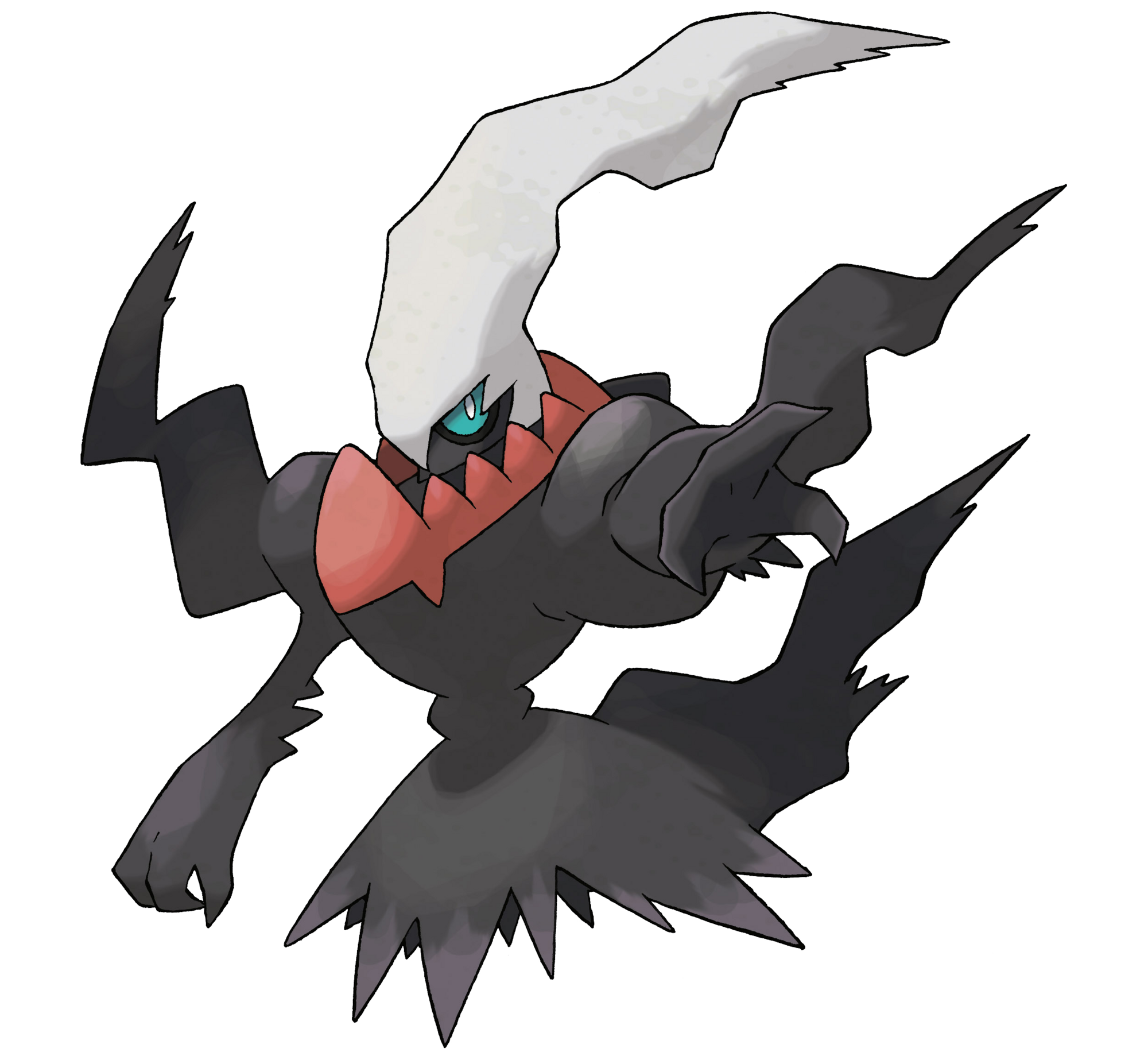 Darkrai comes from the words “Dark” and “Cry”, something very appropriate giving his condition to haunt someone’s dreams and turn them into nightmares. Also, it can be a mention to his lonely personality, and how he is affected by his unwillingly ability to make nightmares out of nothing.

Darkrai can also come from the words “Daikirai” wich means “hate” in Japanese, or “kurai” wich is the Japanese words for Dark.

Darkrai, as his name suggest, is a Dark Type Pokémon. He is responsible for bringing Nightmares to Pokemon and Humas alike and, and as the Guardian of Darkness, it is also responsible for keeping it in balance with the Light. That’s why Cresselia is its long-time rival, and when Darkrai is around, Cresselia will always be near to stop it. Besides, Cresselia is the only one who can wake someone up from Darkrai’s nightmare.

Darkrai often gives Nightmares to people and Pokemon unwillingly, as he does not attack unless he senses any harm, and despite his creepy figure, he is very protective on his people and the world in general.

As mentioned above, the only way to free someone from Darkrai’s Nightmare is when Cresselia wakes it up. There is another way, but is it quite dificult, as someone needs to defeat Darkrai in the nightmare. Something very rare given darkrai himself controls the Nightmare.

These are the reasons why he prefers to be on the shadows and only appear when Time and Space are in danger.

In the 10th movie of the franchise called “The Rise of Darkrai”, its background story is explained and his true colors are exposed. In the movie, Alice’s grandmother, from Alamos Town, remembers Darkrai as the only Pokemon that helped her a long time ago, when a Luxray wounded Darkrai and she overcame her fears to save him. Since that moment, Darkrai decided to stay in Alamos Town forever and he saved her later in her life from falling off a cliff.

Meanwhile, Palkia was causing a lot of troubles in Alamos Town, and when he faces Dialga, the universe is about to be destroyed. Luckily, Darkrai was there to save the day, but the people believes that Darkrai is somehow responsible for the attacks. Everyone except Alice.

Neverteheless, Darkrai wants to save the town and his people, so he sacrifices himself to stop both Dialga and Palkia . Later, with the help of the Oracion song, both dragons are calmed, and Palkia uses its powers to bring everything back to normal, including Darkrai, who emerges once again from the shadows.

Darkrai in the Main series Games

In the main series games, Darkrai has a special ability called Bad Dreams, wich causes every Pokemon that has fallen asleep to lose 1/8 PS per turn. His signature move, Dark Void a Dark type move, can sleep every Pokemon in the battle (except allies).

In Pokemon GO, Abilities are not available, so he is just another Dark type Attacker. Make sure to read the Darkrai Raid Guide to make sure you have the right team to battle this Mythical Pokemon!