For our second interview in our new AR photographer interview series, we want to introduce you to the amazing Ash Ketzchup, who is truly a shining light in the community. He not only consistently produces inspiring work, but is also someone who takes the time to really encourage those who are dipping their toes into AR.

Ash regularly features work on his instagram story that uses his personal hashtag #ashkweekly so be sure to tag your work with his hashtag if you want him to see it!

Hi Ash! First of all, tell us about yourself and where you are from.

Hi! In Pokémon GO, I go by the name Ash Ketzchup, but my real name is Laurens! I live in Belgium, East Flanders.

My earliest Pokémon memories are of course Pokémon Red/Blue, although I have a more profound memory of Gold & Silver (since I was older then). The Pokémon games I played the most during my childhood were Pokémon Stadium (those mini-games are amazing) and Pokémon Snap, of course! I wasn’t that much into Pokémon between the Diamond/Pearl up until the X/Y series. Pokémon GO made me rediscover my interest for Pokémon! 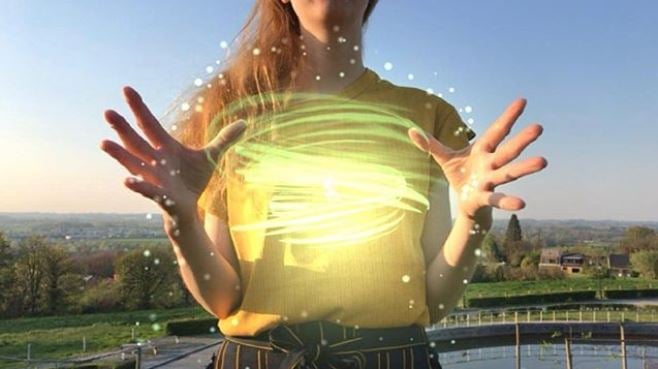 *Opens game* Start date: July 12th 2016, so definitely not day one! I started with Charmander, because I thought it was the only way to obtain a Charmander.

I started in Valor, but have been thinking about switching to Instinct because Spark is just, sparky. 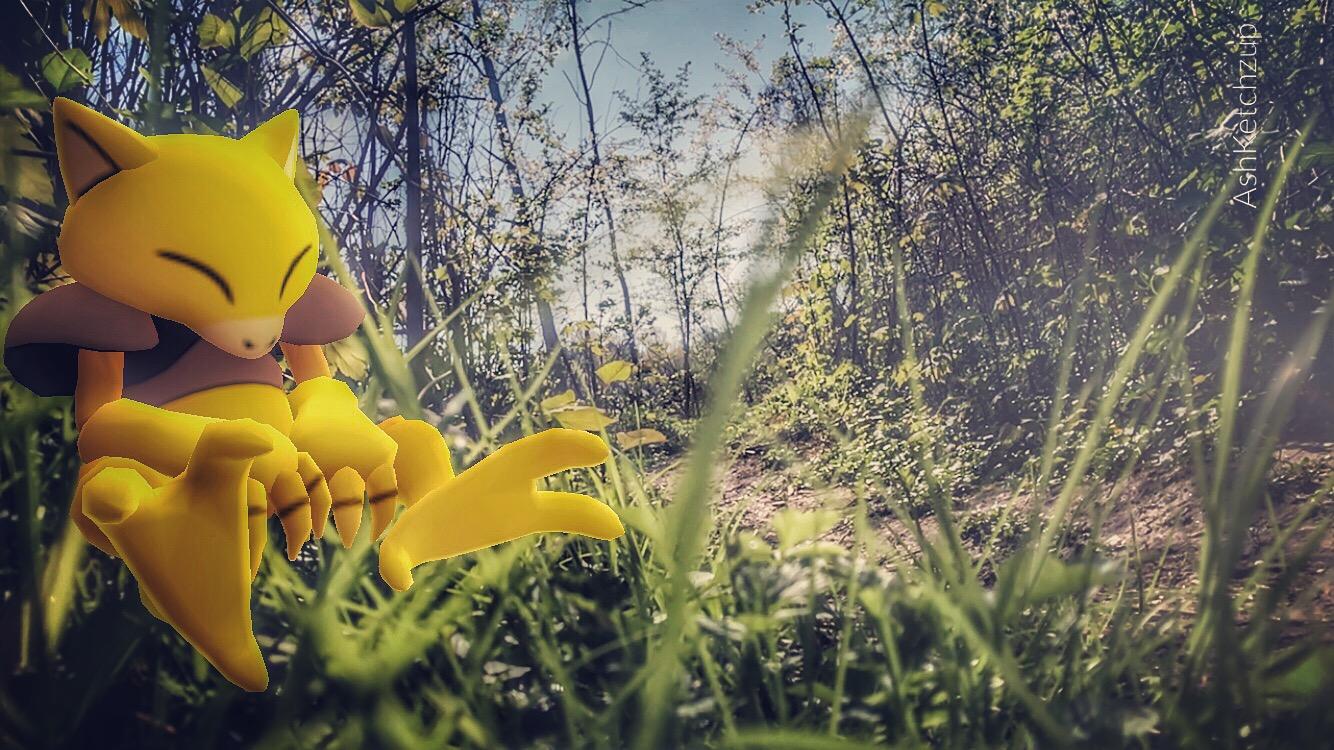 All-time favorite is Raichu! He looks so impressive in the episode where Ash fights against Lt. Surge!

Despite being my favorite, I do not photograph it that much… I have seen many great shots where Raichu does its tail attack, making me always inspired to photograph Raichu on my next photography session.

My first GOsnapshots were taken on an iPhone 7, but all my new photos are shot on an iPhone XS. My two main editing apps are Snapseed (for editing shadows) and Lightroom (for overall color optimization of the photo). Some apps I use less, but still fun to play around with are PicsArt, and Photofox (the last one mainly for editing different Pokémon into one shot). 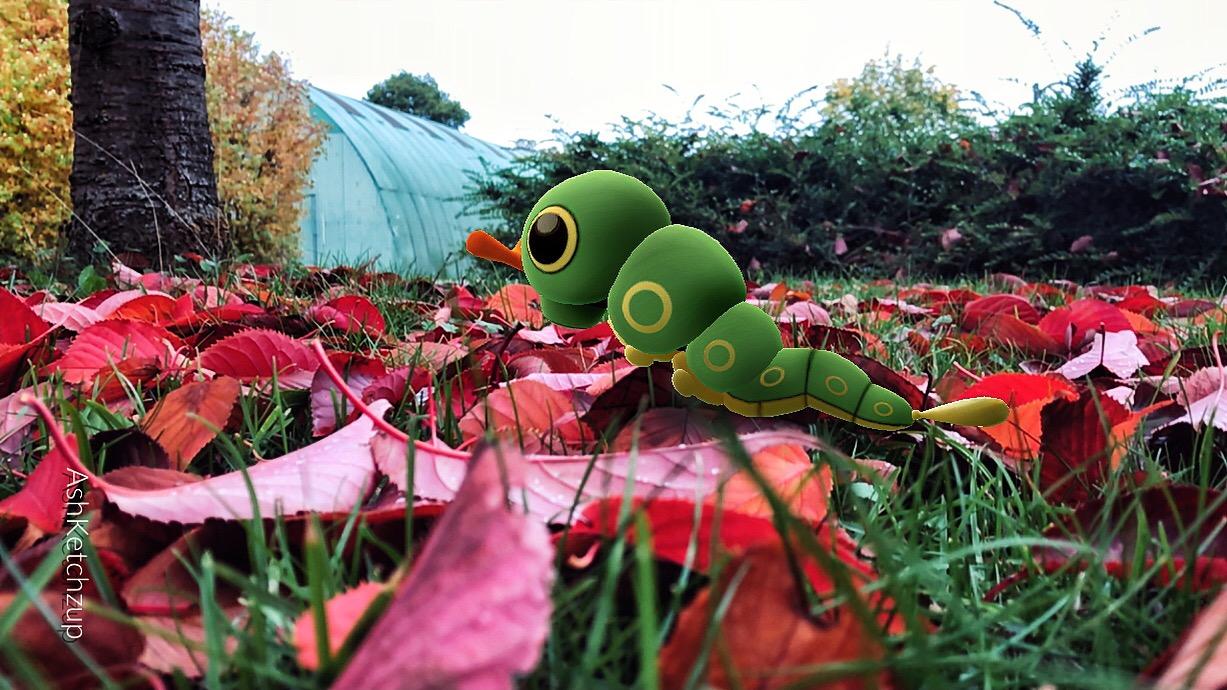 I am not sure whether I can classify it as an AR photo, but my very first one I still have is the one I took of my starter Pokémon Charmander (July 12th 2016). It even includes the arrow which learns you how to throw a Pokéball. AR has come a long way! 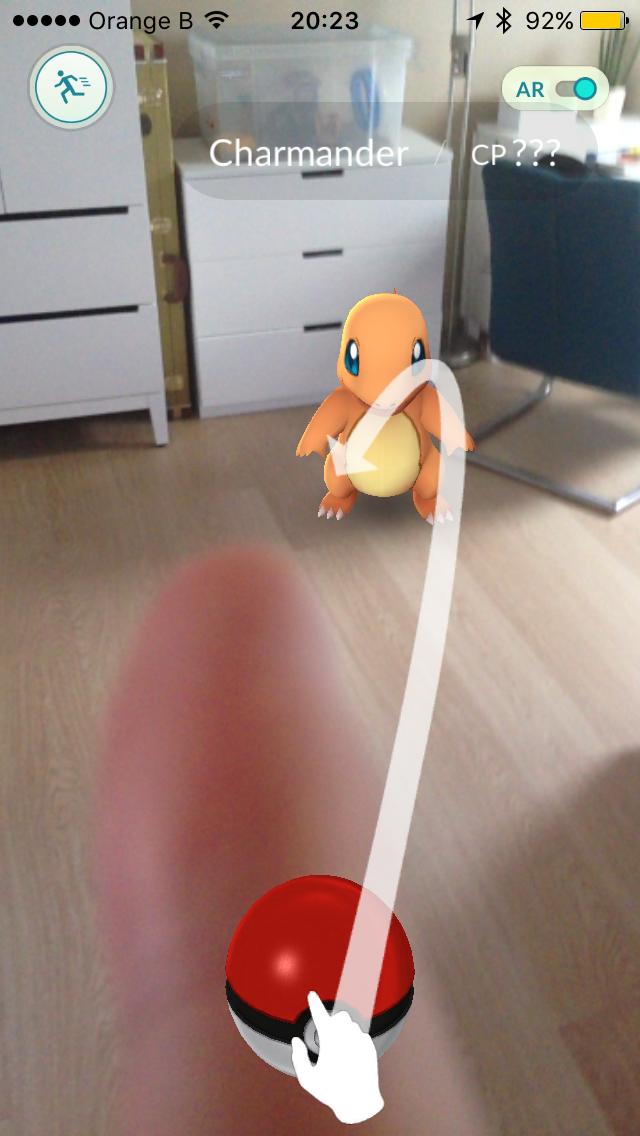 In my GOsnapshots, I prefer realism. Therefore, my favourite locations are probably forests or just a clear urban setting!

That’s a hard question! When I give myself 10 seconds to think about that, I must go with the Aerodactyl photo I took in Universal Studios Florida. Very fitting with the Jurassic Park area they implemented there! At this time, you were not able yet to photograph Pokémon out of your inventory, so I was very lucky to have a wild Aerodactyl spawning nearby. The crowd made it even more difficult getting a good grounding for the Pokémon and overall nice looking shot. 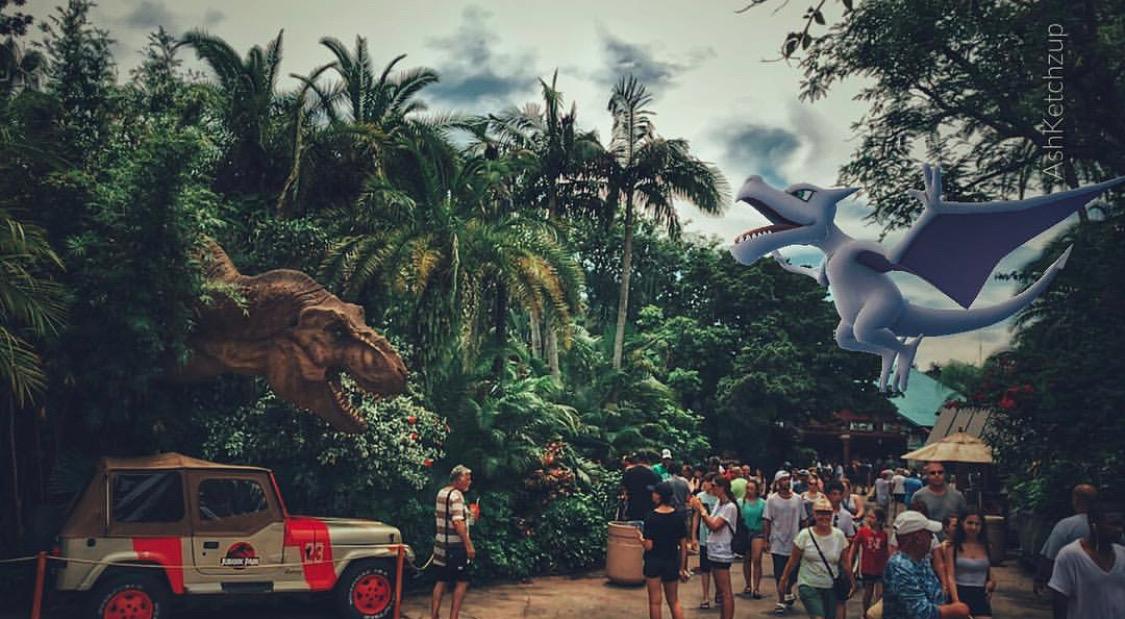 A runner-up would probably be this Psyduck on Miami Beach! I just love the colors in this one! (he also looks like he’s about to hop on that quad) 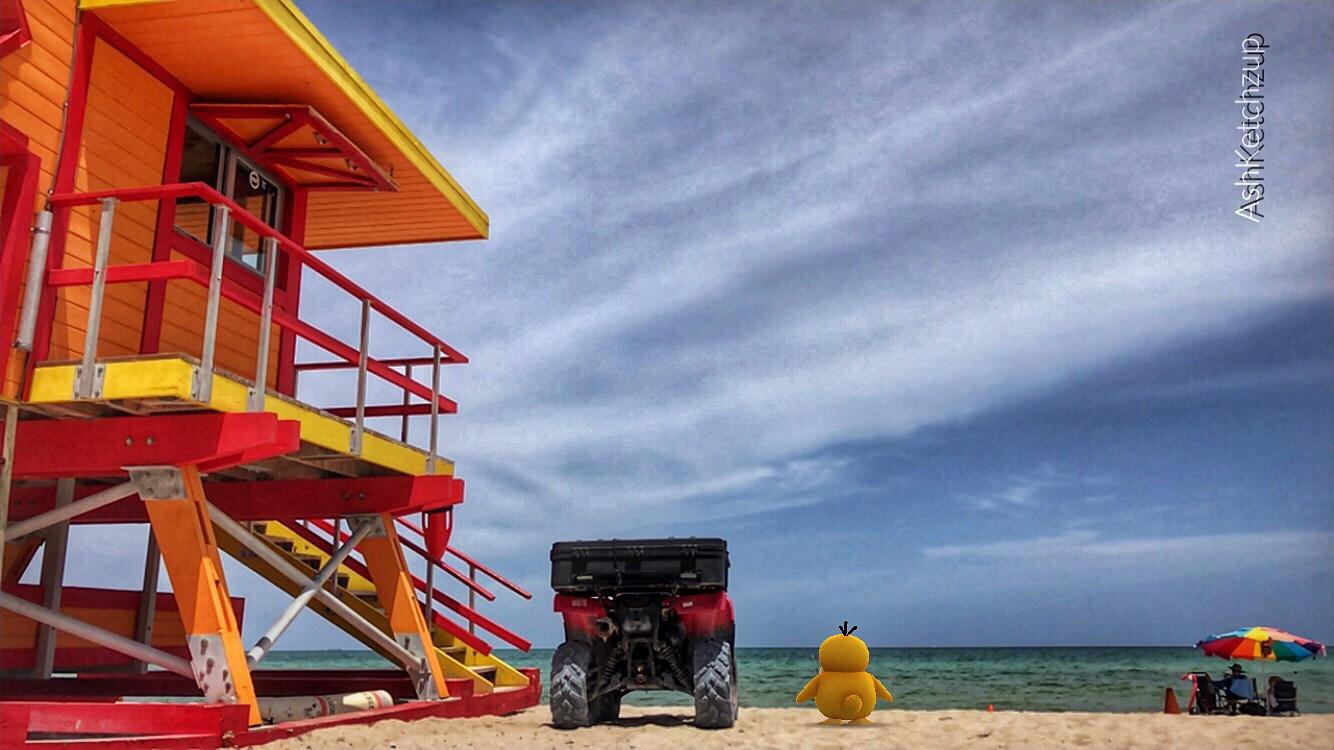 And lastly, this Swablu I took when reaching my arm out of the fence of the observatory deck of the Empire State Building. Risky shot! 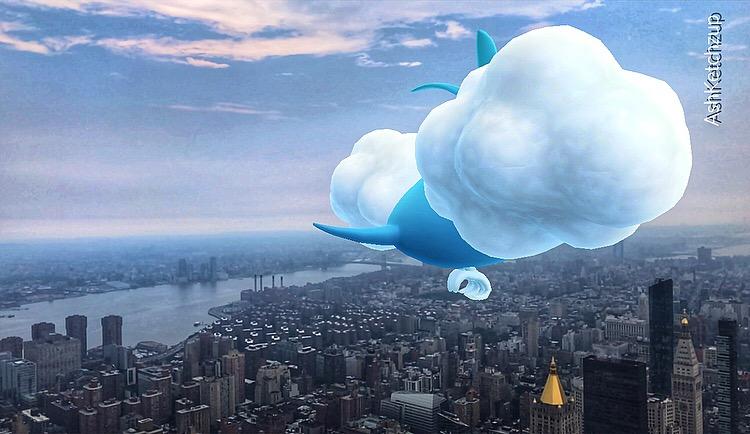 I think we have come a long way and Niantic has done a great job implementing new features to GOsnapshot / Niantic AR. If I could suggest one additional thing; that would be the chance of making Pokémon do certain attacks while photographing them. For example, Charmander, ember! That would bring Niantic AR already to another level.

AR is quite a niche compared to PvP or other aspects of the game. However, there are a lot of wonderful people to follow (check my the people I follow on Instagram!). I will give a list of three people per region (Instagram), but there are many more!

And finally, where can we find you on social media?