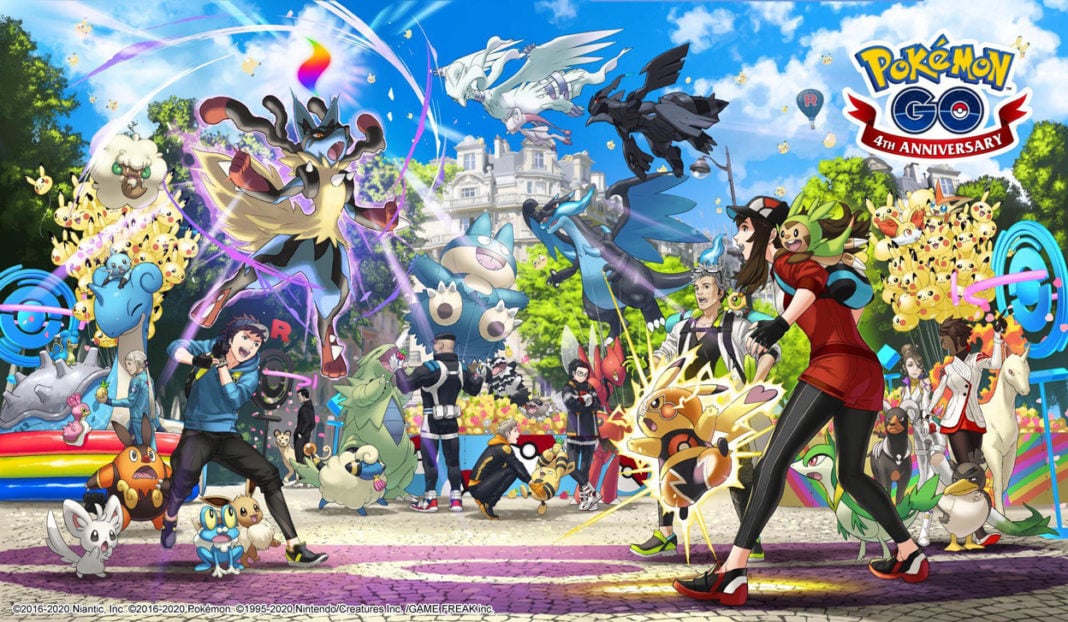 I know, ok? “Liam, Go fest 2020 has only just wrapped up and you want to start some wild speculation about next year already?!”

In two more words: Why not?

I want to throw a few ideas out there and I’m not saying I’m going to be 100% accurate but given the success of the recent Go Fest (even in the face of the Coronavirus) and the rather successful “Make-up day” of Go Fest 2019 for those attending that had to evacuate. I think it’s fair to say that we have a good idea as to what Niantics plans are for Go Fest 2021. Hear me out:

The Return of The Physical Event Itself

Now, I’m aware that this is all based upon Corona having cleared up and no longer presenting itself as an issue to the vast majority of the world. There is still a chance that there won’t be a return of physical events but the rate that the world is dealing with this Crisis means that (hopefully) towards the latter part of this year, we can all look forward to some form of a vaccine and things can begin to return to normal. Anyway, that’s a conversation for another time. Right now though, let’s look at what could be awaiting us, Trainers, next year.

There was (if you recall) a Niantic-sponsored competition to submit your city and suggest it as a venue for a future event. I myself submitted Hyde Park in London. It has always been a hotspot for nests and has more-than-enough space (it rivals that of Westfalen Park in Dortmund, Germany, for those not in the know). This, in my opinion, would be a great venue for a Go Fest and on top of that, it’s local to me, so its a bonus!

That being said though I’m sure there were thousands of entries and maybe During lock-down, Niantic has had a chance to sift through them all, Google Maps-in-hand to check out which ones have potential and which ones are a flop.

I am in no doubt that we will see a return of the “Big Three” venues from 2019: Chicago, Dortmund and Yokohama but I would also go further to saying that there might be an increase in the number of venues and taking the number of events from 3 to 5. Of course, some of these new venues could instead see Safari Zone-style mini-events to test the water first before ramping things up for 2022?

So we’ve seen it’s now completely possible for Niantic to organize a world-wide simultaneous event that is both well managed and well organized and all without needing a real-world “Hub” or venue to visit. This has opened up a whole trove of possibilities for the future and upcoming events.

We’ve already known it was possible though. You only have to google “Chicago Go Fest Make-up Day” to see how visitors to the park who had paid for a ticket were asked to evacuate and therefore were given their own 1-day long “mini go fest” from wherever they were in the world. so with this in mind, we can look at some of the possible options:

Would it be such a stretch to imagine that those who pay for a ticket to the physical event may be given a choice to experience Go Fest spawns whilst exploring a nearby local landmark or somewhere that ISN’T the venue itself? But then I suppose by that logic, you could assume it might be possible to experience the event from your own location, wherever that may be.

I do think that Niantic will offer a separate premium ticket for those who miss out on the physical venue tickets and maybe those who can’t fly or don’t want to travel etc. The possibilities are literally endless! They might be able to host real-life events at the same time as a virtual Go Fest by combining what we’ve seen in recent years with this year’s spectacle!

We have a damn-long way to go until we know more (almost a full year!) but one thing is for sure: Next year’s event will be something that we’ve never witnessed before. All of the changes that Corona has brought about will mean that events will likely be changed for good but one good thing that has come from lock-down is the advancement of remote-based play. Whether its raiding or battling, I’m almost certain that without Corona, we might have had to wait longer for certain features and some may not exist at all but make no mistake, this terrible virus is not to be underestimated.

From all of us here at GoHub, stay safe!