Letters To Niantic: Will You Be Mine?

Sending a message to Niantic, one letter at a time... 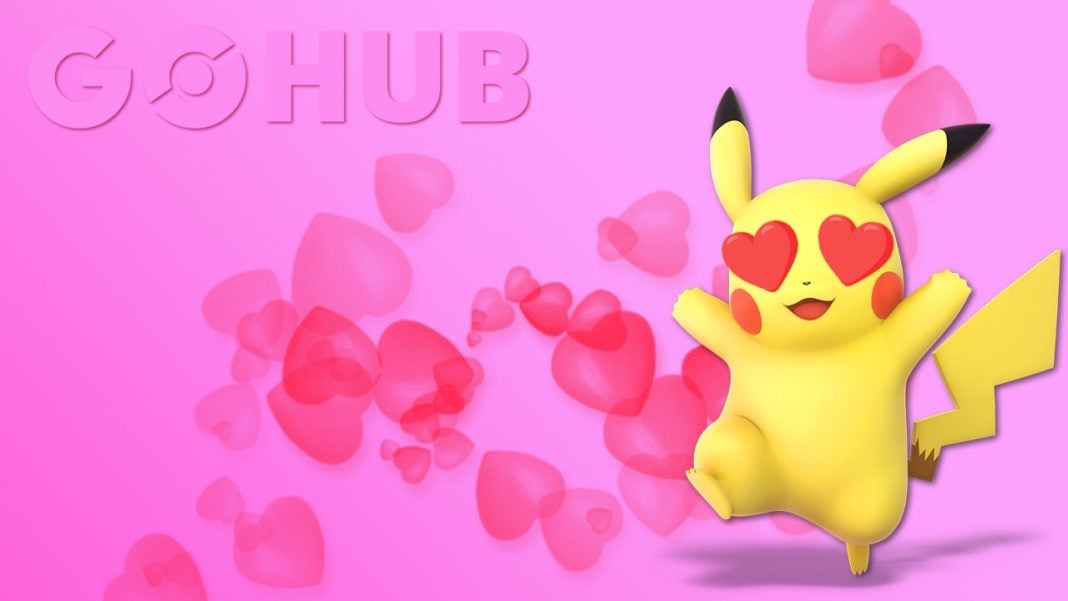 In the convoluted world of opinions, we tend to find Trainers that either praise or bash Niantic for their actions, and unfortunately, I don’t see this stopping any time soon. However, even if we are harsh with them at times, we have to take a break from the hate and spread a bit of cheer.

Letters To Niantic is a brand new series in which individual GO Hub writers take advantage of specific occasions to send a personal letter to Niantic. Each letter is meant to express a little bit of joy, concern, and/or thought in a fun, yet kitschy way. Although you may find yourself giggling as you read, we promise there are valid issues to be understood and addressed.

With Valentine’s day around the corner, I thought it was time to send some love to Niantic in the form a letter.

I am writing you this letter to let you know just how much I care about you. I know I don’t say it as much as I should, but on a special occasion such as this, I just couldn’t watch you go by without letting you know how I feel about you.

I remember when we first started spending time together. You were the popular one around town. Showing off your Ingress to everyone you met, making friends with as many people as you could, and quickly moving forward without looking back. Meanwhile, I didn’t have time for you, I didn’t really have time for anything other than myself. Between life’s stresses and other problems that would arise, I didn’t have the time to let someone like you into my life… or so I thought.

One day, you started flashing something new, something I couldn’t ignore. At first, I was skeptical about it. “What do you want this time?” I thought to myself, but for some odd reason, I didn’t stop you. I sat there, listening while you talked, smiling and laughing; to the point where you had me convinced to try this new, snazzy part of you called “Pokémon GO!”

Even though it all seemed great in the beginning, I quickly learned that you didn’t really know as much about Pokémon Go as you led me to believe. You made empty promises, you would break down then leave me on my own to pick up the pieces. You made me feel so alone, so vulnerable. It would take weeks for us to speak again, and even then, our trust in each other started to fade into the sunset. I had doubts that you would learn how to love me the way I wanted to love you. And you had visions of me scampering off after the hot new thing on the block. Eventually, though, I noticed something different about you. Something I hadn’t noticed before. You evolved.

After all the battles, after all the fights, I watched as you evolved into something new. You became thoughtful and kind. You started to share your shinies with me. You enjoyed having a laugh, like that time on April Fool’s Day. You started inviting me once a month to Community Day where we hang out with all of our friends. Though times have changed, just like back then, you’re the talk of the town. You aren’t afraid to talk to me like you once were. You started accepting responsibility when you made mistakes and were willing to forgive me for the mistake I had made, walking away. I saw you evolve from someone that only cared about themselves to someone who cared more about others, and more about me.

But you’re not the only one that has changed. You inspired me to go to great lengths that I never thought possible. Reaching places that I would have otherwise ignored. You helped me in my darkest hours, and helped me find friends I never knew existed. You gave me goals to achieve and helped me every step of the way. It’s because of you that I actually started venturing out more. You motivated me when no one else would, and now I feel better than I ever have before.

What I want to say is, THANK YOU. Thank you for everything you have done for me and for others. Thank you for putting in the time to make things work even when I didn’t want them to. Thank you for not giving up on me and thank you for the sacrifices you have made. I love you for every one of these reasons and so many more that you cannot comprehend. I don’t know where I would be if you weren’t here with me.

– Josh and The GO Hub Team

I know this kind of piece might not be everyone’s cup of tea, but I still think that it is important to show a bit of appreciation towards Niantic even if at times that might be the last thing we want to do. The purpose behind this Love Letter isn’t to confess GO Hub’s or my own love for the organization, but instead, it serves as a representation, it gives us a visual in our minds that we can read and think about as if they were two people. Having said that, what is your relationship with Niantic like? Are you star-crossed lovers? Are you going through hard times? Do you have a love-hate relationship? Are you the perfect couple?

Whatever it may be, Valentine’s Day is a time to share your true feelings, so if there is ever a time to tell Niantic just how much they and their games mean to you, it’s now.