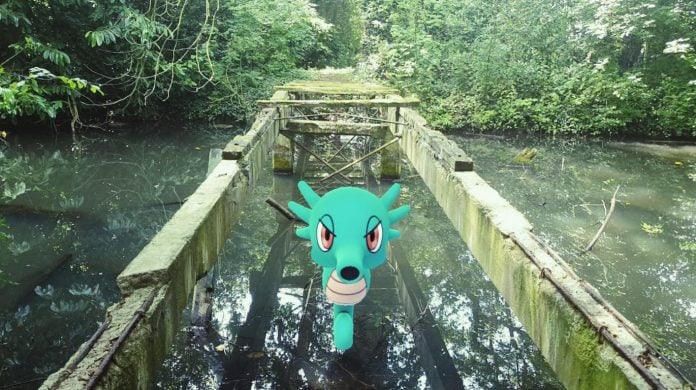 Let’s Talk About the Changes to Incense

Accessibility is a huge issue in the gaming industry, and Pokémon GO is a game that suffers from many of the issues we see commonly raised about it being inaccessibly for people with varying disabilities. I’ve talked with members of my local community about this, as well as reading social media to see people’s concerns, and wanted to highlight a few in the hopes that Niantic can work to improve these over time.

Pokémon GO has made some improvements since the game was released that help people who have varying degrees of colour blindness, but it still has a way to go before it is fully accessible. When shinies were first introduced they caused some big problems for players who can’t see different shades and colour tones clearly, because if you missed the initial sparkles, they might have no idea the Pokémon was shiny at all. Over time Pokémon GO introduced a small shiny ‘tag’ to the wild Pokémon which has been a big help, as regardless of the colour of the Pokémon, it still clearly identifies the Pokémon as a shiny before you have caught it. 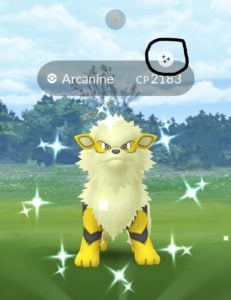 However, that isn’t to say the game doesn’t have issues still. PokéStops are a common complaint for people who are colour blind. They change colour when spun, but if you cannot clearly tell the different between blue and purple, you don’t know that you have spun the stop correctly, or that it has now refreshed and is ready to spin again. This could be easily solved by making the PokéStop change shape to reflect its state. Much like a Pokéstop that you have never spun has a halo around it, an unspun PokéStop could gain a line through it once spun, that fades when it has refreshed.

There has also been mention of egg colours being problematic, red/green colour blindness is one of the most common forms of colour blindness, so 2km and 5km eggs, as well as the newer strange/12km eggs may all look incredibly similar. A change in pattern or shape could make them easier to identify at a glance, without having to click into the eggs themselves to see what might hatch from them (which is only a very new addition to the game).

If you are colour blind, have you found any ways to adapt the game to help yourself that you could share with other colour blind players? Please comment and let us know! Are there other issues in game caused by colours that need assessing too?

As far as I can tell from my research online, Pokémon GO is not accessible via screen readers for those with visual impairments due to its use of the Unity engine. The American Foundation for the Blind website discusses many of these issues, including suggestions on how Niantic can do better. Their major suggestion is adding more varying sound effects so visually impaired players can pick up on audio cues in order to help them better access the game. The AFB believe Pokémon GO has potential to be a lot more accessible for people with vision loss and would love to see Niantic become leaders in making their app accessible, you can check out their full post here.

Pokémon GO is a game of many repetitive moments which can be trickier for anyone who has an injury or disability that impacts upon the use of their hands. As someone who has carpal tunnel and has had surgery for it on both of my hands, this is one I can speak about from personal experience. PvP is a particularly tricky area because of the speed of the taps needed and constant movement. Before the change to the patterns for Charged Attacks, PvP was basically impossible for me because the tapping hurt so much it took any fun out of it. I’d love to see a more turn based system like the main series to make it more accessible, or anything that requires less constant tapping! 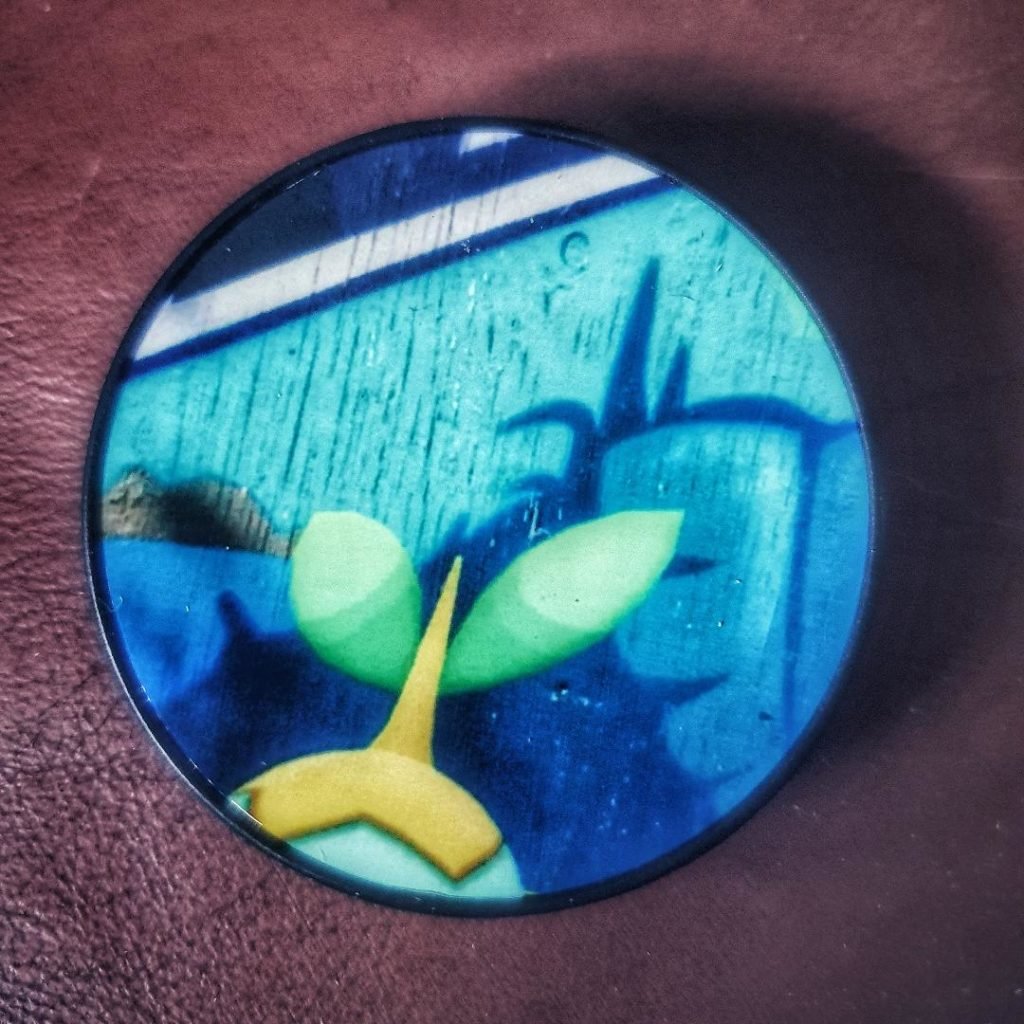 As a whole, the game can be trickier for anyone who has issues or conditions affecting their hands. I always use a pop socket (custom made with my fave pal Turtwig) to help me hold my phone more comfortably and would highly recommend this as it takes a lot of the weight out of your phone when you know you are going to want to play for any real length of time. I’m also a two handed player as a rule, one hand to hold the phone and keep it steady, the other to actually operate the game, as one handed play is too much stress on my hands.

With the Nintendo Switch, you are given the choice of how you want to play Pokémon Let’s GO, with either motion using the joy cons, or the more traditional set up using the arrows and buttons. Could Pokémon GO introduce an accessibility mode that allows players to select their options of their throw so they don’t have to put the stress of the curveball throw on their hands? It could be randomised, so you select excellent curveball throw but only 15% of the time is this successful for example, if you want to make it ‘fairer’ compared to those who are throwing manually.

Do you have any tips or tricks for people whose conditions affect their hands? Let us know!

One of the bigger complaints we often see is that Pokémon GO doesn’t accommodate well for those who are not physically able to walk distances or travel regularly. Improvements have been made on this during the pandemic, and I hope we see remote raid passes and increased incense effectiveness stay as permanent features, as well as the increased distance for interacting with gyms and PokéStops. Many areas of our world are not accessible for anyone who uses a wheelchair, which therefore means it is harder to play Pokémon GO. Hatching eggs, completing research that requires a certain distance to be travelled (i.e. walking 25km per week for 8 weeks as part of the level up tasks for level 47), all of those things can be incredibly difficult for anyone who uses a wheelchair, has health conditions that keep them at home, or who have illnesses that cause fatigue like Fibromyalgia.

We know that Pokémon GO is designed as game that wants to get you outdoors and walking, but accommodations should be made for players who can’t do this. Increasing the speed cap for distance could potentially help, as at least when in a vehicle eggs could be hatched. There isn’t necessarily an easy answer here, but we would love to hear your thoughts on it as disabled players as to how Niantic could improve this and make the game more inclusive for all. There are often calls for disabled players to be allowed to ‘spoof’ in a legitimate way, possibly through a small subscription service, and only in their local area rather than worldwide. For people who cannot leave their homes, this game isn’t accessible without spending some serious cash, as you need to be able to spin PokéStops to get items in order to play in any meaningful way.

When players mention being unable to take part in these aspects of the game social media is often full of replies about ‘just play another game then’ but that isn’t productive, and no one should be locked out of playing a game fully because of their disability. We want to see constructive and helpful comments, so please comment down below if you have them.

Something many people may not think about, is how Adventure Sync listing the ‘calories burnt’ for the week may have an impact on anyone who suffers with any form of disordered eating or orthorexia. Calorie listings can be very triggering for many people, and it would be good to see this as an optional feature, that you have to opt into, rather than something pushed front and centre. This is such a small thing, but it could easily be amended to avoid impacting upon people with eating disorders.

The Affect of the Pandemic

The pandemic proved that Pokémon GO could be adapted and improved to help disabled players. Whether it was your buddy bringing you gifts, remote raid passes, increased spawns/better incense effectiveness, shorter hatch distance, increased ability to open gifts, Team GO Rocket balloons, and the walking requirements removed for PvP, we now know that there are absolutely things that can be done to make this game more inclusive. We hope that these ‘temporary’ changes are kept permanent because they help all players, with a particular impact on rural and disabled players. We would love to see remote raid passes stay at the price they are because they have finally allowed people who have to play from home or who can’t readily travel to gyms a way to take part in raids and that is only a good thing as far as we are concerned. It has bolstered communities and opened up the game for so many players.

In the Harry Potter Wizards Unite game, also made by Niantic, there is an option for the ‘Knight Bus’ which allows players to transport to locations they can’t reach from home, allowing them to play the game more fully and therefore being more accessible. This is a feature that was added because of Covid-19, but hopefully it will remain in game, and a Pokémon GO equivalent could be created. Maybe we could fly on the back of our buddy Pokémon to a PokéStop so we can spin it? Or Celebi could zap us to a different location because it can travel through space and time? Or perhaps we could take inspiration from new Pokémon Snap and travel in our very own NEO-ONE. 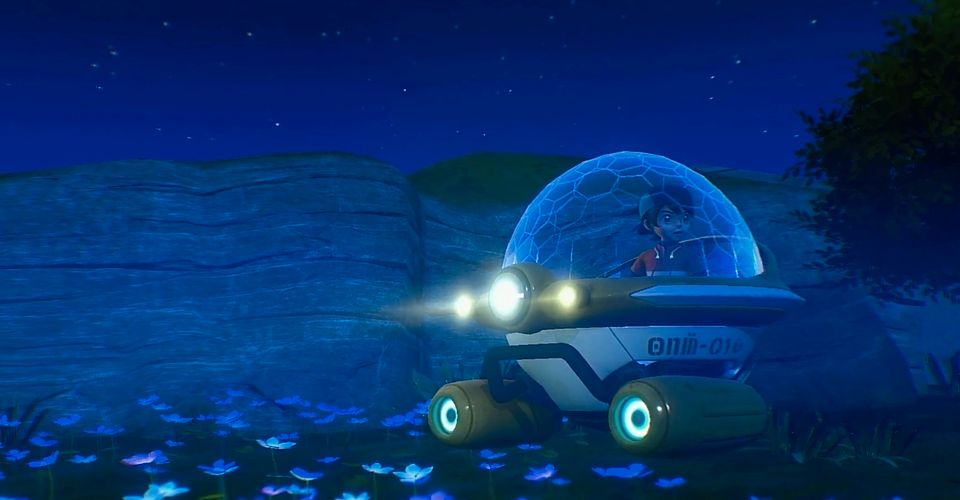 Like many parts of our world, the pandemic proved that accessibility can always be improved upon when the demand is suddenly a ‘must’ from the wider population, rather than ‘just’ a cry from disabled people. Working from home was suddenly more viable, remote learning which has been asked for for years by disability activists became the norm, and Pokémon GO became more accessible because it had to adapt to survive. It is a shame that it took a pandemic for the game to become more accessible, but we hope it makes Niantic look at the features they have included and how they positively impact the disabled community.

Many would argue that the changes made because of the pandemic have actually made Pokémon GO more profitable than ever, so why would Niantic remove those features in the future? Many people raid more than ever now because they don’t have to physically attend in person, therefore making Niantic money, so why remove something that improves game play for disabled people? Disabled people who had been asking for remote raiding since raids first came out. Last year Niantic made over $1 billion in revenue, despite lockdowns and stay at home orders!

We really hope Niantic put serious thought into whether or not they remove the features they added for the pandemic, because they have made the game a lot more accessible for a lot more players, and that can only be a good thing. There is always more work to do in terms of accessibility, and we hope over time Pokémon GO can continue to grow and improve and become more inclusive.