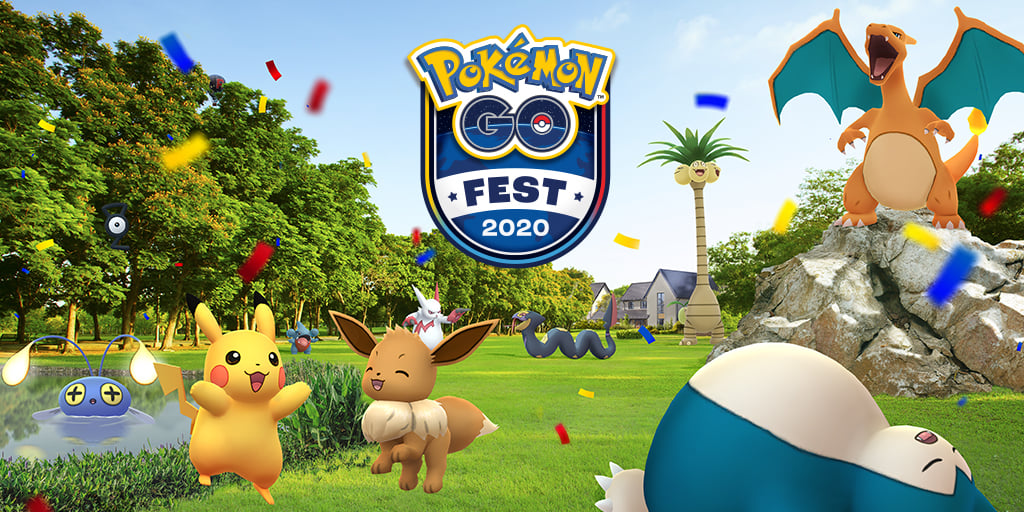 So here we are Trainers! Go Fest 2020 has just wrapped up and the community is still trying to get over how easy Shadow Mewtwo was to take down. We here at GO Hub have all had a great time and can’t thank Niantic and Lord Hanke himself enough for putting on a spectacular event, even during the current global state of affairs.

I myself have recently returned to the game after a long hiatus, and have been full-steam-ahead shiny-hunting, hatching eggs, raiding, and shiny-checking everything in existence. I wanted to give any shiny-hunters out there, an insight into what exactly the event was like: from a like-minded individual.

We will start with the good things, move onto the bad things, and then onto the things that I hope to see next year but I want to mainly focus on My personal experience as a shiny-hunter and therefore what the event was like for me.

I will just preface this article by saying that it is my own personal opinion on the event and that I am very aware of the mixture of reviews that the recent event has just had.

My Haul of shinies for the event

Shiny-Checking! I spent very little time catching anything I deemed I didn’t need and instead spent the bulk of the event tapping-and-running. I found the boosted incense spawns to be churning out new ‘Mon so quickly that any attempt to catch something almost always resulted in missing a spawn (and for us shiny-hunters, thats not a good thing.)

That being said I still caught more than my fair share of Gible’s, Darumakas and Heatmors.

I managed to obtain a total of 46 shiny Pokémon over the course of the two-day event. I (like a lot of other players) managed to get some shinys I actually needed, some newly released ‘Mon and some that I already had.

Overall though, I had a great time. I thought that the hourly changing habitats featuring different spawns were a good idea and the boosted incense spawns helped give the event a bit of a variety that we have to see within the game.

The “Global Challenge Arena” – Great addition, was awesome to see how my friends list were getting on with the challenges and how far behind I was on most challenges (but I did my bit!)

Boosted shiny rate – Although (again) a great topic of controversy. This was clearly boosted during the event to the levels (we estimate) around 1 in 75. This means that whilst shiny Pokémon were still very obtainable, it wasn’t anywhere near as common as Community Day rates….and that’s a good thing!

I managed to obtain 21 on Day 1 and 25 shinies on Day 2. A new Go-Fest record for me and was very pleased with the spawns, variety and event itself.

Please take my opinion with a pinch of salt though as, like i said above, I know a lot of players didn’t have the same experience.

Plenty of reports of a lack of things to do during the event meant that a wealth of players complained of boredom and “samey-samey”. The special research on Day 1 was easily achieved within the first 5 hours (and in some cases, the first 3 hours) and despite a nice amount of Pokeballs and incense, the encounter reward left a lot to be desired (apart from Gible!) and felt that a Charizard encounter etc. were mainly aimed towards newer players. It would’ve been nice for these to be something different.

A few bugs with regards to friends lists and outages of the game. I myself experienced both of these things but restarting either my game or phone rectified this very quickly (I know it wasn’t that way for all of you out there)

So we all know that as soon as Go Fest wraps up, we inevitably look towards Go Fest the following year. We speculate and we contemplate what could be coming up. Only, this year we are in a remarkably odd situation whereby there were no physical Go Fest events in 2020 due to the Corona Virus. I will create a separate article on this subject but for now, i’ll just say this:

The number one thing I hope to see next year would be: The return of the physical event! Nothing beats the atmosphere of walking through a bright and vibrant park, full to the brim with people, all of whom share your enthusiasm for the same thing. The feeling that emanates from a place like that is nothing short of electric!

Now, im not for one second knocking Go Fest 2020 but as someone who attended the event in 2019, I can tell you that it was a complete other-level in terms of a comparison and did feel at some points like “Incense Weekend 2020” but i still had a good time and caught a lot of great Pokemon.

Overall a good event (I won’t say Great) – I felt in some areas the event was lacking but for me personally, I felt like this was about as good an event as Niantic could possibly muster given the global crisis. It must’ve been a mammoth of a task for them to undertake but that is still no excuse for any issues experienced by certain players. Whether you choose to pay for an event similar next year ultimately is down to you but if collecting new and exciting shinies was your goal – It could’ve been worse!