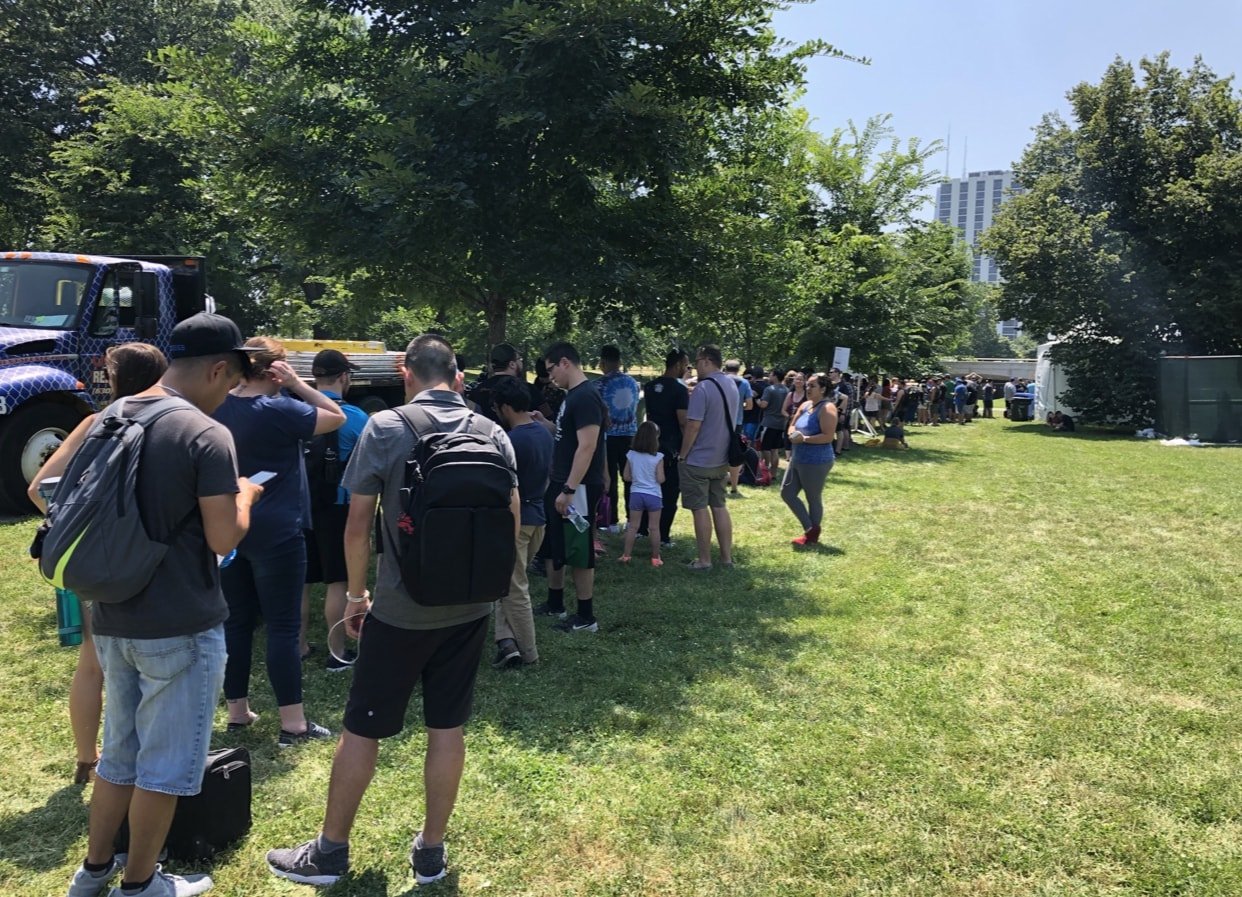 In this article we are going to dive into what things were missing at Pokemon GO Fest from an in-game point of view. If you want an overall summary of the venue, click here.

Now don’t be fooled. Even though these things are pretty major once I (Fitz City) sat back and thought about it after attending the event on Sunday, it was still a HUGE success. With that disclaimer in mind, let’s get into it!

No Raids In The Park

Yes, you read that right. There wasn’t a SINGLE gym in the entire 1.8 mile walk implement into the game for GO Fest attendees. So in other words, there were no raids to do with friends and fellow trainers or friendly competitions for gym placements!

You may be asking yourself, “Why the heck were there not any raids?”. Honestly, I’m asking myself the same question. With the park being so massive, it would be easy to spread out raids (gyms) enough in order to eliminate the fear of people clustering up and damaging the cell services. If that was the reason why they didn’t put in raids, then I’m baffled. Also, raids were all over the city, littered with Lugia and Articuno everywhere! The closest raid was not “close” to the park at all. At the very least, 4 city blocks away. Raids are meant to bring the community together and add that awesome social aspect! Even now, I’m still scratching my head on this one.

There were a total of 4 habitats at GO Fest: a volcanic, ice, desert and jungle habitat. These habitats only spawned specific Pokemon and those Pokemon ONLY. Just for an example, the volcanic habitat spawned Torkoal, Torchic, Aerodactyl, Geodude, Rhyhorn, Magmar, Slugma and Numel. That was it (may be missing one, but you get the point). In total, I counted roughly 45 total different unique Pokemon spawning throughout the park. That’s literally it.

There were no signs of Mareep, Beldum, Bagon, Larvitar or Dratini anywhere in the park. I’m not sure how Niantic decided on this, but it just seems like I didn’t necessarily get a “full” Pokemon experience looking back on all the different spawns afterwords. I just felt like I was there to farm Unowns, Torkoals and shiny spawns for the 8 hours because there was such a lack of diversity.

Lack of PokeStops In The Middle of The Park

Was there plenty of PokeStops at the event? Absolutely! Were they placed strategically? No. There were more PokeStops clustered at the North and South entrance.

This incentivized just staying in those 2 regions for catching Pokemon So you don’t run out of Pokeballs. Which brings me to my next point. Due to the lack of PokeStops in between the North and South entrance, I was borderline forced to spend money on PokeBalls.

PokeStops in the middle of the park

I bought 300 to be exact. Something I’ve never done for an event of any kind in Pokemon GO. Granted I was using the GO Plus (was seriously the MVP of the day!), but still I was running out of balls quicker than I could refill them when in the center region of the park.

It may have seemed like I just roasted GO Fest, but let me be clear. Pokemon GO Fest 2018 was a huge success! The cell connections were fantastic (for the most part), the shiny rates were increased, the Celebi quest was glorious and farming all the rare candy from the daily research tasks was not a buzz kill at all! Sure some things should of been added like mentioned above.

Yet, Pokemon GO Fest 2018 gets a win in my book and will only be better next year! So I’m curious for those who went this year, what did you think was important that Niantic didn’t do? Let me know in the comments below!