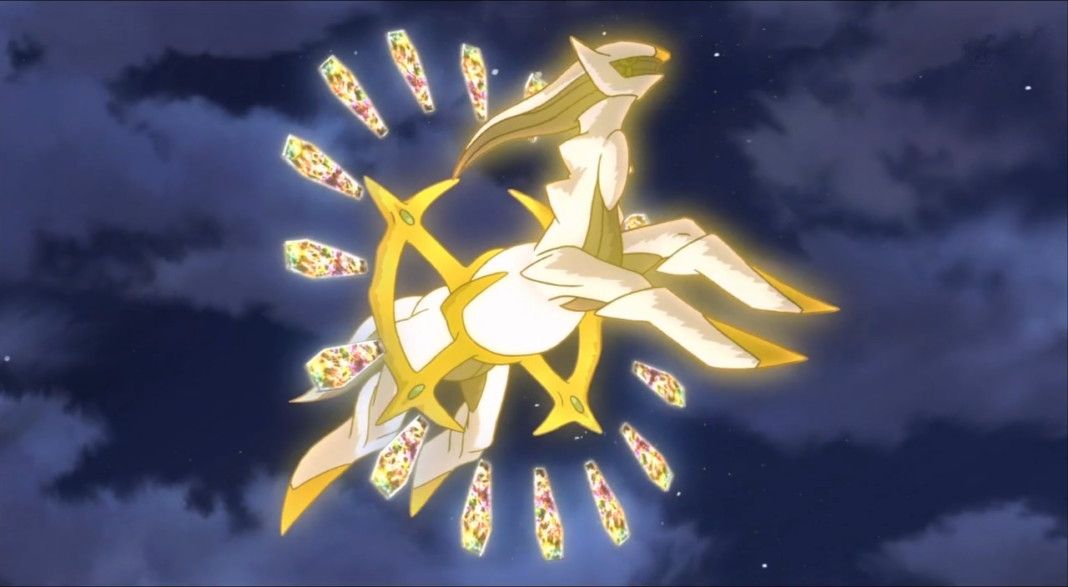 Hello Trainers, today’s post is about a Pokémon with no less than 18 current formes. One for each Pokémon type, Arceus. Only the elusive Unown has more than this, topping the charts at 26. This is not including shiny versions of course.

What makes this Pokémon different, however, is that it is a Mythical, and therefore only likely to be released via a Story or an EX Raid. With 18 formes available we have to ask several questions as to how we would obtain each one.

We know that the Pokédex has been overhauled to give us the breakdown of all these different versions, so they should be on the horizon.

Why does Arceus have so many formes? These formes are based around a mechanic introduced in the main series. Each Pokémon type has a corresponding “Plate,” when held by a Pokémon, boosts a damaging move of that type by 10%… or when held by Arceus will turn it from its default Normal to the corresponding Type… and as a nice side effect becomes immune to that type’s damaging moves. In Generation 7 each Plate was replaced by a Z-Crystal to give the same effect. 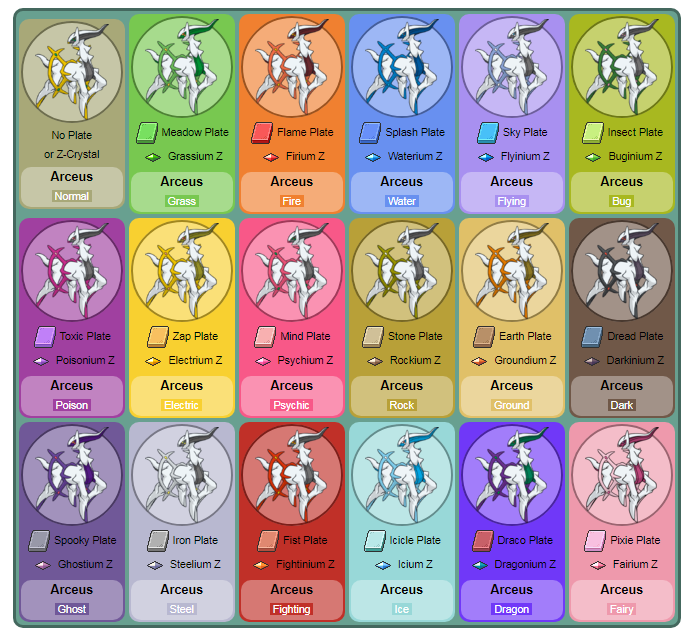 What is Arceus and why does it have this unique setup?

Well, Arceus is thought to have created the Sinnoh region and possibly the entire Pokémon world, the lake guardians Uxie, Azelf, and Mesprit; and the creation trio Dialga, Palkia, and Giratina.

If you follow the lore beyond what’s learned in Generation 4, Arceus is also the origin of Mew, Humans, and everything between.

Arceus has 18 formes, all color variations on a theme. If Niantic were to follow the method of release like that of Deoxys, to change formes periodically, that would be 17 changes after the initial introduction. If we take two known time-frames, we can extrapolate how long each Arceus forme would be active… in theory.

As Deoxys started in October 2018, we would end up with a cycle that would look something like the below.

The below image is a mock-up of a suggested timeline, created for me by the fantastic OrangeHeart. This is NOT an actual timeline; please do not distribute it as such.

We could then trade for any versions we happen to be missing. Although, this does give us a much smaller window to obtain one of each compared to Deoxys. This writer, for example, only has 3x Deoxys at the time of writing.

A 4-week phase, as an example, would be 72 weeks of Arceus… I think that might be a bit much.

As Arceus is a Mythical Pokémon, it seems logical that a story mode would be introduced for us to obtain it. With the number of formes, it presents, there are a few questions as to how to gather all of them.

Would the Arceus from the story mode be released with just a single forme or with a random forme as its final reward?

If the reward was random would we be able to trade it for our missing formes? As I am sure many of you realize, Mew and Celebi cannot be traded.

If the reward was singular would other versions be released over time via research, other stories, or raids?

As we have detailed, to change in the main series you would use a special item to change Arceus’ forme. Could a consumable become available to change Arceus from one version to another? If introduced via a story mode, the parts leading to the encounter could reward such items.

The downside of this would be item bloat for our bags and how to obtain more after the original story. Perhaps a single item to change to a random forme, rather than 18 different ones.

Another possibility would be to spend candy on changing its forme randomly. Instead of the Evolution Button, we have a Forme Button. Rare Candy could then be converted to Arceus Candy and used to fuel the change.

Assuming that story mode is off the table, or only viable for the first capture, could Arceus be added to the regular raiding distribution?

Could Normal Arceus be added via story, but the other 17 be added to Tier 5 eggs as a month-long event? Would this lead to Arceus overload?

If released via Tier 5 Eggs then Weather could determine which options are available to you… this would mean it was always Weather Boosted, which seems suitable given its role as the creator of the Pokémon Universe. 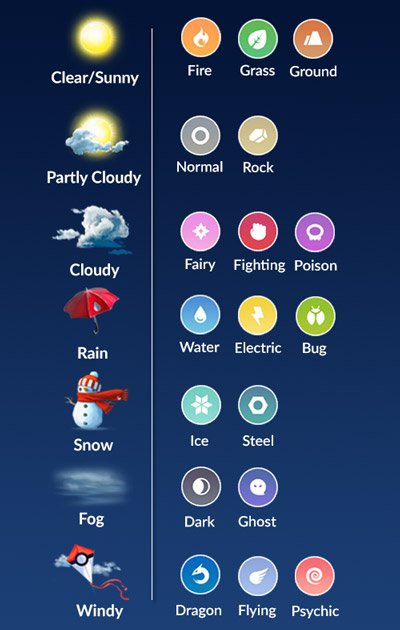 As a more “out there” option, could Arceus be added as a Rare hatch from Tier 5 Eggs as a persistent, ongoing entry?

For a suggested example, let us say a Regigigas event is live and featuring in Tier 5 Eggs, a small percentage of those eggs could be Arceus… let’s say 5-10% with a random forme. This would only be introduced after a suitable period after the Story mode had been completed.

An even more “out there” option would be to add a new egg type; I’ll call it a Tier 6 Raid. Always in the game, always able to spawn, hatches Arceus…. maybe also a way to re-introduce Mewtwo and Deoxys to the game once retired from EX Pass.

Could formes be added as a Breakthrough? It’s possible but would be a lackluster addition. Perhaps the previously mentioned consumable could be a Breakthrough Reward.

Let’s Wrap this Up

We have many options, but with so many versions it’s hard to nail it down to just one. Of course, it is entirely possible that different formes will be given various methods to obtain if a consumable was not available. Weather, Time of Day, Season, Geo-location could all be used to trigger a change in its encountered forme.

I look forward to reading your comments on this and see if anyone has come up with an alternative suggestion on how Arceus will bless us with its presence.