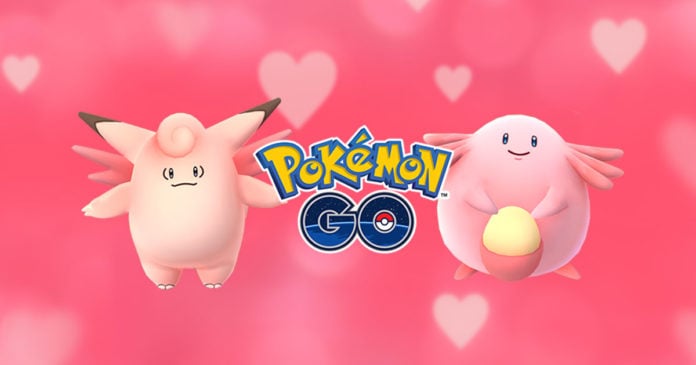 the Pokémon GO Valentine event is live now and lasts until 11:00 A.M. PST on February 15, 2017. The rewards for participating in this event are plentiful and include the following:

As you can already guess, we prepared a handy strategy guide to help you maximise the profits from this event!

1. Prepare for Blissey during the Valentine’s day event

As we already discussed in several Generation 2 Tier charts and User Guides, Blissey is setting up to be a beast in the upcoming Generation 2 release. You should spend as much time as it is possible during this event farming Chansey candy.

As one of our User Guide authors wrote:

With base stats of 229 Defense and 510 HP, Blissey is almost TWICE as tanky (defined by Defense * HP) as Snorlax and still shares the great Normal typing. This will make Blissey impossible for lower-level players to take down. Right now, lower-level players can take down a Snorlax by not dodging and just taking the damage.

Walk, catch and hatch that Chansey today. It’s going to be a game changer in the months to come.

As Buddy Candy is a viable way to fill your Pokédex and prepare for the future content updates, make sure to walk a lot with a Buddy of your choice during this event. Combine your walking sessions with Incubators for maximum gain.

Refer to our Buddy Tier list for a clear indication of best Buddies in the game at this moment.

Porygon is a confirmed Valentine spawn, together with the rare Slowpoke/Slowbro spawn, so make sure to go out and base your hunt around Porygon. Porygon is not a meta changing Pokémon by any means, but it’s rarity is fabled at this point, so make sure to take your chance and get it!

4. Ignore the Lure Modules during the day and focus on them during the evening

Six hours is long, but it’s perfect for a community event that uses that duration and helps you farm during the evening. Call your friends, sit around 2-3 PokéStops, bring snacks and prepare for 6 hours of insane spawns and captures.