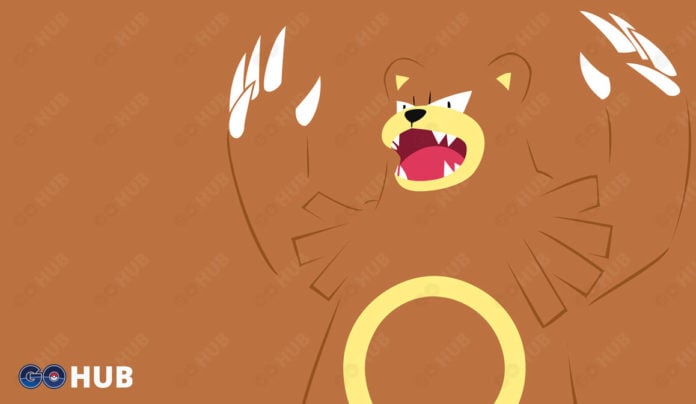 USER GUIDE | Submitted by JovJov14 on March 29 2017It’s not a surprise that your cute Teddiursa will evolve into that vicious looking Ursaring. Let me tell you trainers, it’s worth the change. If your area has lots of those cute little bears, catch ’em all!

Lots of sources say that Ursaring is one of few Second Generation Pokémon that has an incredibly high CP. I was patient enough to collect enough Teddiursa candies and eventually evolve one into an Ursaring. I’d like to share some stuff about Ursaring with you trainers. Here are few things you should know about Ursaring:

Ursaring has an amazingly high ATK.

After fighting both with and against Ursaring, here are some of the advantages I would like to share with you:

It’s not always an easy win with this powerful Pokémon. There are some drawbacks with Ursaring as well. Here are some things trainers should look at:

Yes. That’s it. Statistically speaking, those are the disadvantages I saw using Ursaring in my team. Wait until you get to the next part.

This the part where I tell you about the battles me and my Ursaring had, and give you trainers out there some tips on how to maximize efficiency of your Ursaring. Here they are:

Although Ursaring may not be as effective as an attacker, it is definitely a great gym defender. Put Ursaring in your defense team, and train against it in your conquered gym. This will absolutely help you retain the top gym tier.