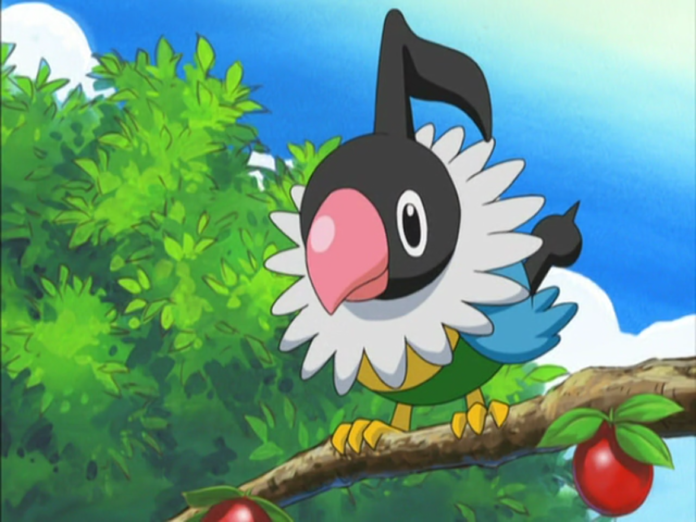 Pokémon GO Chatot is a Normal and Flying type Pokémon, which doesn’t evolve.

Chatot has a MAX CP of 1791, with an ATK of 183, DEF of 91 and STA of 183, meaning it is not a meta-relevant Pokémon, but rather just a Pokédex filler. It is however a regional Pokémon, native to many countries in the southern hemisphere, like Australia, New Zealand, much of South America and the lower half of Africa, so Chatot is very coveted by those that live and play in the Northern Hemisphere.

Chatot’s Buddy distance is 5km. There will however, be many more meta-relevant Pokémon whose candy will be much more valuable, so be sure to consider this before setting Chatot as your Buddy.

Due to being regional, Chatot does not currently hatch from eggs.

As a Normal and Flying type, Chatot can receive a weather boost from both Partly Cloudy and Windy weather. Any Chatot with a CP of 1536 or over will have been boosted beyond level 30 by the weather and has a maximum capture CP of 1663 when boosted.

Chatot could be a Raid Boss at some point in the future, maybe as part of a special event, but probably not as we have never seen regional Pokémon in raids so far. We also don’t often see non-evolving, non-meta relevant Pokémon as Raid Bosses, except during events (like Shuckle during Adventure Week 2018) so Chatot likely won’t be any different.

If however, Chatot did get a shot as a Raid Boss, its maximum Raid capture CP would be 1023, or 1279 if weather boosted.

Shiny Chatot is noticeably different in colour to normal; its beak changes from red to yellow, its head changes from black to dark blue, the green feathers on its front change to purple, and its wing feathers change from blue to a red/pink colour.

Chatot’s Pokédex entries from various games explain how it uses its mimicry skills: