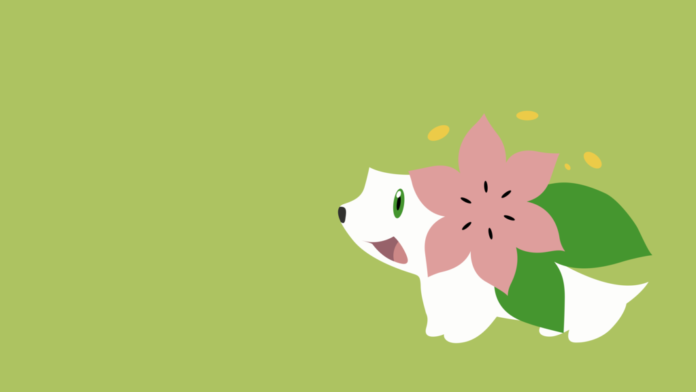 Shaymin is one of the (very cute) mythical Pokémon released in Generation 4; the Diamond, Pearl and Platinum games. It does not evolve from anything, nor into anything, though it does have two different forms, changed in the main series games by using an item called the Gracidea flower. Its two forms are called the Land Forme and the Sky Forme. The Land Forme is the only one with predicted stats in Pokémon Go, and is a pure Grass type, while the Sky Forme is a Grass and Flying type. In the main series, both Pokémon have a base stat total of 600, but it is likely their other stats would differ in Go.

For this article, until further notice, we will focus on the Land Forme. We are unsure of how form changing will occur in Pokémon Go, but this article will be updated with information as soon as it is known.

Shaymin, like some of the other mythicals such as Mew or Celebi, has a Max CP of 3090, an attack of 210, a defense of 210, and a stamina, or health stat, of 200. Overall these are very rounded stats, but we will get more into its meta relevance down below. You will likely only get one Shaymin, following the pattern of how they released Mew, and will need to complete a series of special research tasks to obtain it.

Shaymin in the Meta

Grass is not the most relevant typing in the world at the moment since the passing of Suicune, Groudon and Kyogre as raid bosses, but nonetheless, they are a pretty cool type that can be used in normal gym battles against Water or Ground types such as Vaporeon or Rhydon.

So how does Shaymin stack up against the other Grass types in terms of stats? The chart below is sorted by max CP, but make sure to pay attention to all the other stats! The top stat in each category will be bolded.

Shaymin does not fall too low on the list, technically being the second-best grass type in terms of CP (and everything else), tied with Celebi. Between Celebi and Shaymin, at first glance they definitely seem to have the most well-rounded stats, alongside Tangrowth. Most of the Grass types have a very good attack and defense and fall very, very short in the stamina department.

It falls low on the list for highest attack, Roserade leading the pack in that area, though it does have the highest stamina, also tied with Tangrowth and Celebi, and is just third lowest in defense, behind Leafeon and Tangrowth. It will not be your first choice for attacker, but Grass will not be very useful in the meta anyway unless we get some neat raid bosses that are weak to grass (and some future legendaries such as Tapu Fini or Terrakion). As mentioned earlier, if you are an avid Shaymin fan, you can use it tear down all the opposing gyms’s Vaporeons if you so please to .

Shaymin, being the pure Grass type that it is, will take super-effective damage from:

However, it will take resisted damage from:

Any potential Grass type STAB moves it receives will do super-effective damage against:

In the end, Shaymin is a cute, little, fuzzy looking Pokémon that you can just have fun with in gyms and against certain legendary raids and other potential tier 1-4 Pokémon that are weak to Grass.

What really makes a Pokémon is a good move set, so what kind of moves can we give Shaymin? We will start by mentioning that Shaymin does have a signature move, a damage dealing move called Seed Flare that it may have access to, though at the moment it is not a move currently available in Go, as only Shaymin can learn it. This list will be a short one, listing some potential moves Shaymin could learn, though it will be favoring its STAB Grass type moves.

Weather is an important aspect of the game, so this chart is here to tell you what optimal weather for Shaymin would be! As long as you do not use Shaymin against anything super-effective, you should be fine. The only benefits listed will be related to its typing, as we cannot predict any moves for sure besides at least one of its own type.

Shiny Shaymin is a wonderful specimen, in both of its forms. We might as well show them both off here! All of the green on its body turns into a bright teal, and that is the only difference, but it is a great one.

Shaymin is called the ‘Gratitude’ Pokémon, and some of these Pokédex entries definitely show some insight as to why,