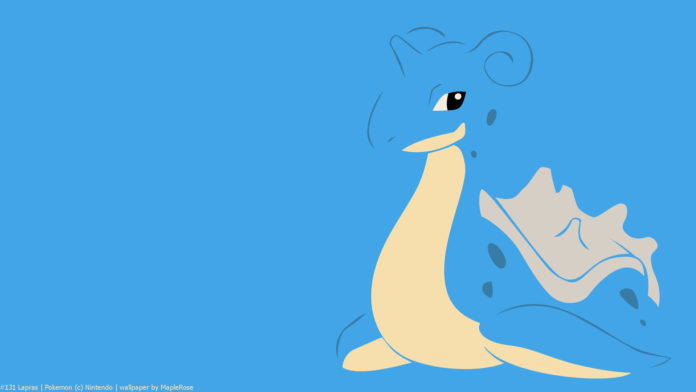 Lapras is Tier 3 Raid Boss in Pokémon GO, with a Boss CP of 23476. It is weak to Electric, Rock, Fighting and Grass, but depending on what moves Lapras has, it can do some serious damage to some of those counters.

Lapras can be caught in the following CP ranges:

Lapras is soloable, but only with top, high level counters, so keep this in mind! It is a very tanky defender, so groups of 2-4 are recommended depending on player levels and available counters.

With a variety of Ice and Water type moves, Lapras can be tricky to counter. When going into the raid, have a look what your recommended Pokémon are before you pick your team. If it is suggesting Rock types it is probably safe to assume it doesn’t have Water type moves. If no Grass types are appearing, it more than likely comes armed with Ice type moves that will make quick work of your Grass types.

The best attackers to fight Lapras that are not weak to any of its moves, are strong Fighting types like Machamp and Lucario, or electric type attackers with great DPS output such as Raikou, Magnezone, Electivire, and Zapdos.

Other potential options include Heracross, Poliwrath with double fighting type moves (Rock Smash/Dynamic Punch) and Lanturn with double electric type attacks, but they are way below in terms of viability with respect to the three mentioned at the beginning.

Lapras is considered as an ultra-rare Pokémon. Encountering it in the wild can be really difficult, and it was one of the most difficult Pokémon to hatch from 10 km eggs. It is a great gym defending option to consider, due to its typing and available ice type movesets. If you see a Lapras Raid Boss, you should consider giving it a try.

A Lapras with Frost Breath/Blizzard or Frost Breath/Ice Beam destroys Dragonites, which are still present in some gyms and could be included in potential future Raid Boss rotations.

Catching a Lapras can be extremely difficult. Its catch percentage went down from 20 to 5% in the latest GAME_MASTER change, which makes it very challenging to catch one. Even after using a Golden Razz Berry, its circle will still show up red, so aiming carefully is almost mandatory in order to catch it.