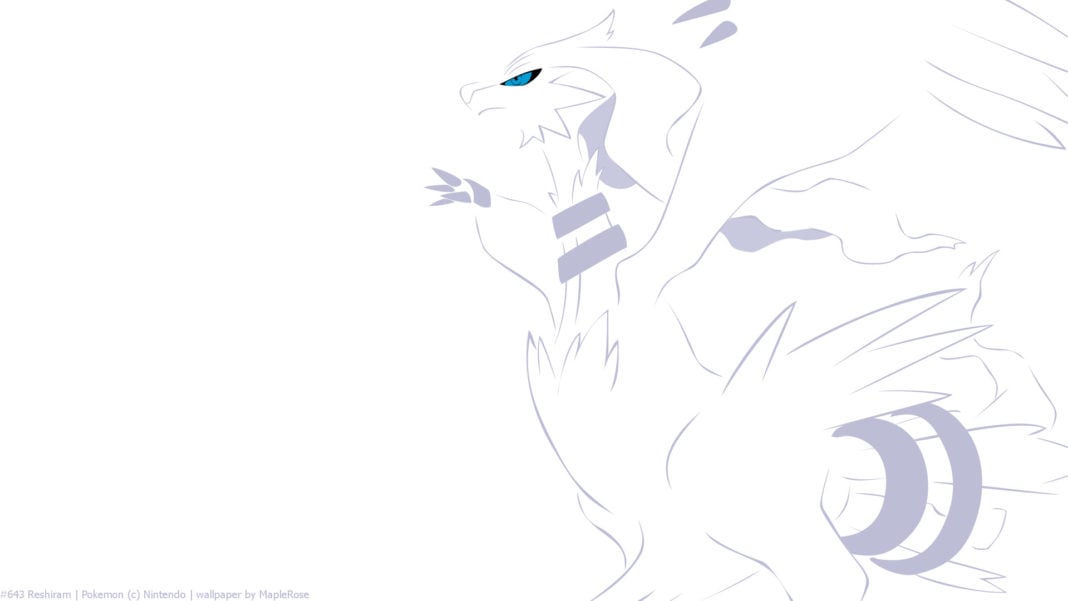 Reshiram is a T5 Raid boss in Pokémon GO with a raid CP of 53394. As a Dragon and Fire-type Pokémon, Reshiram counters consist of strong Dragon, Ground, and Rock-types, such as Dialga, Rayquaza, Rampardos, Rhyperior, Terrakion, Groudon, Salamence, and Excadrill.

In this guide, we’ll cover what the best counters to take down Reshiram are, what the best strategy is, and what CP’s you should watch out for after your successful battle. Shiny Reshiram is available in Pokémon GO.

Reshiram can be caught with the following Combat Power values:

Reshiram can be duo’ed with the proper weather boost and best friend bonus, however, it is recommended that you use between 5-7 high-level trainers or 8-10 lower level trainers when taking on this legendary raid boss.

When picking Reshiram counters, knowing how big your group is and what moves Reshiram has is key. Dragon types are typically the best option here, especially if the game is recommending them to you, Dialga is a good option either way, as it won’t take super-effective damage from almost anything that Reshiram can dish out, but will deal super-effective damage with its Dragon moves.

Even if Dragon’s are not showing up in your recommended Pokémon, then don’t be afraid to bring a couple of them along just be prepared to offset them with some of the stronger Rock-types or Ground Type Pokémon especially in Sunny weather for Ground or Partly Cloudy weather for Rock.

While Dialga isn’t the strongest Dragon-type in the mix, its steel typing does give it the advantage of not taking super-effective damage from dragon-type moves. Plus, it’s no slouch and can deal out its fair share of super-effective damage with the dragon-type moves it has access too. For every move combination, with the exception of Fire Fang/Overheat, Dialga is should be your #1 option.

Since Mega Gyarados was introduced in the game, it has proven to be a beast, as its appereance would tell. With pretty much high stats, stamina, and dragon type moves, Mega Gyarados stands tall against Reshiram. Don’t let it pass!

Rampardos is the best rock type attacker in the game currently, and it gets to shine here. Rampardos will do a solid amount of damage and should be one of your top picks.

If the Reshiram you’re facing has a dragon type fast move, or a dragon type charge move then you may want to consider bringing along a few Rock-Types or Ground-types to round out your team. If it has both, then bringing along 3 or 4 of these guys to supplement your dragons is a good idea. They even make for a decent Team B!

If Reshiram has the moves Fire fang and Overheat, Palkia is a solid option. Its Water typing will resist the fire moves, so it will stick around longer and be able to dish out super-effective damage with its Dragon-type moves.

Reshiram can have the following moves in a raid battle and when captured:

The combination of Dragon Breath and Draco Meteor should be a move-set that is super scary for the dragons you’re planning on using, but with the right mix of Dragon and Ground/Rock Pokémon, you should be ok.

Fire Fang and Overheat is a solid move-set and will make Reshiram the best fire type attacker in the game, but is not something to be worried about, as it’s actually the second easiest move-set to counter.

Stone Edge will deal super-effective damage to any Dragon’s that you bring along that are also dual Flying types, I’m looking at you guys, Salamence & Dragonite

Crunch isn’t a move you shouldn’t be concerned about.

The remaining three charge moves are all one-bar moves, which should make dodge strategies much easier.

With no weather boost and no friendship boosts the simulator has a TTW with Dialga of 724 seconds. This means that a duo is possible.