The time has come, the first experimental Legendary Lunch Hour is coming soon! This is truly a wild card, as Niantic has said it is a test and they will tweak it for future occurrences. For what information is known now though, this guide will have all the details that will help make the hour the best it can be!

For your viewing and sharing pleasure as well, we have this simple graphic to illustrate this: 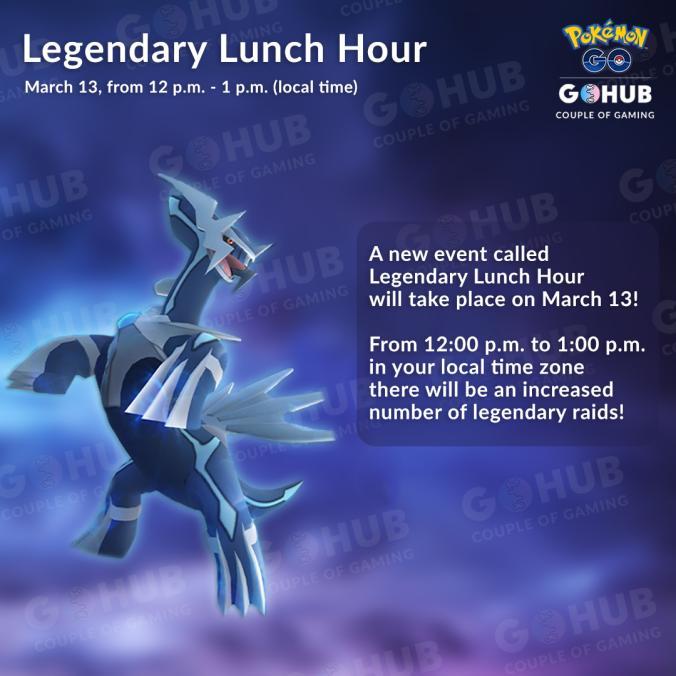 You only have one hour for this event and, potentially, a great portion of that time is going to be spent catching Dialga (assuming you are not just raiding for the XP and items), as well as sitting through the 2-minute lobby timer each raid. As a result, there is a sense of urgency to the event. The event will go as fast as your regular work lunch break seems to, so taking the aforementioned into consideration, it is this author’s recommendation to keep the following tips in mind:

Dialga is the featured legendary for the lunch hour, and thankfully there has been plenty of battling it in the weeks prior, so Trainers should know the drill of how to beat Dialga: