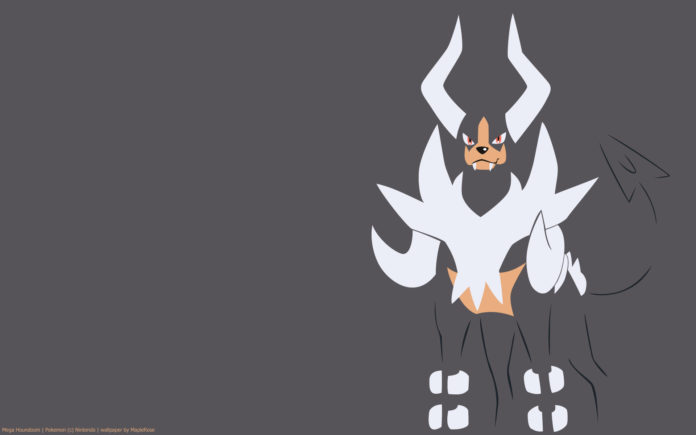 A guide to best Mega Houndoom counters in Pokémon GO. The strongest Pokémon to use against a Mega Houndoom are Kyogre, Rhyperior, Conkeldurr and Mega Blastoise.

Regardless of your stance on mega evolution, Mega Houndoom is set up to be one of the strongest dark attackers in Pokémon GO, making it worth gathering energy for. Upcoming bosses such as Origin Giratina and Mega Gengar will give Mega Houndoom plenty of mileage really soon.

Its bulk is average and its counters are some of the best Pokémon in the game, so 3-4 should be an adequate amount of trainers with average teams. A weatherless duo is tough, but possible. Rainy, Cloudy and Partly Cloudy weather make a duo more manageable, as well as a Mega’s boost, namely Blastoise.

You receive a base form Houndoom after the raid instead of the mega. It can be caught at these CP ranges:

Note: Shadow Forms will not be listed individually due to their expense and availability.

There’s a lot of freedom when choosing counters for Mega Houndoom, since it has some common weaknesses. Switch your team up based on the weather:

You can also mix and match your team depending on what you’ve got maxed up and ready. Ground doesn’t have a lot of power, but Pokémon like Garchomp eat fire attacks like a brick wall, so it’s viable in large lobbies.

Mega Houndoom can have these moves during a raid battle, or as it’s base form on catch:

Fire Blast is easy peasy since it takes forever to become active so you can dodge it effortlessly. Water and Rock also resist it, which are most of its counters.

Foul Play and Flamethrower are pretty basic 2-bar moves. Not the worst you could go against, but Snarl’s energy gain could make Foul Play very frustrating.

Crunch is a spammy nightmare for any non-fighting type. If it’s paired with Snarl, be prepared to either dodge constantly or take them all to the face like a champ.

After the raid, you’d want Snarl and Foul Play on your own Houndoom. Charizard’s got fire covered.