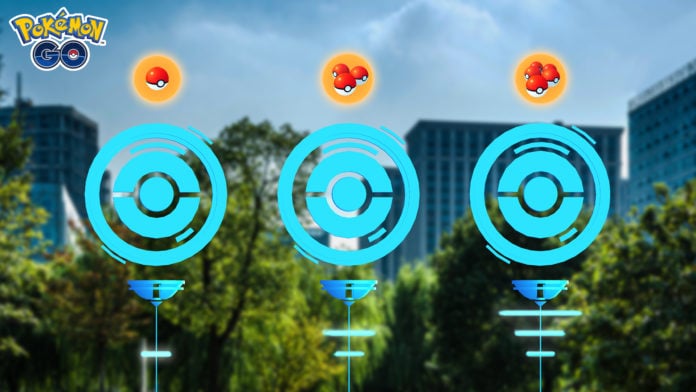 Powered-Up PokéStops will look different on the map, and any Trainer who spins one will earn extra rewards.

As more Trainers level 20 and above perform AR scans of a PokéStop, the rewards for spinning it will increase, and the PokéStop will be powered up for a longer period of time. 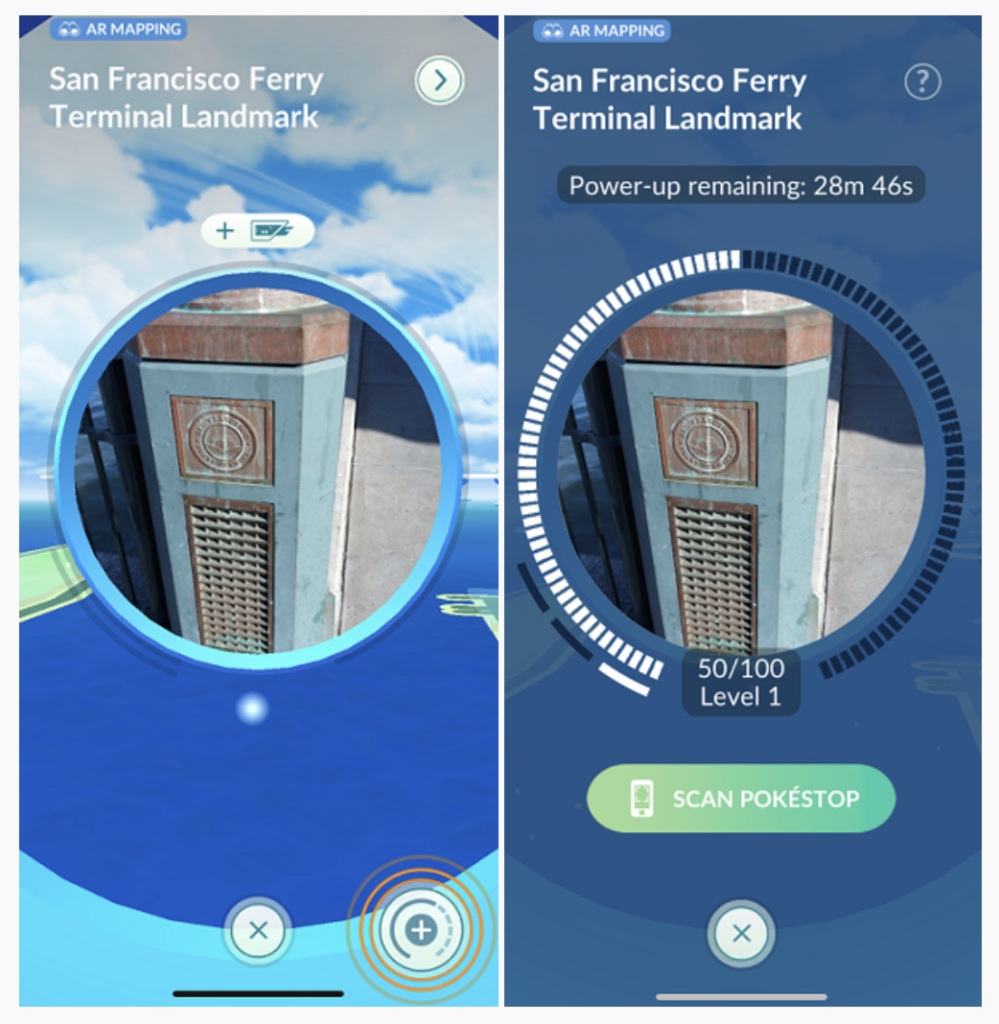 You and other Trainers can temporarily power up PokéStops or Gyms by uploading AR Scans of the location.

Scanning is creating a 3D model of the PokéStop with your phone. The interaction radius required to scan is 40 meters, not 80 meters. These tasks are known as AR mapping tasks.

Here’s how different levels of PokéStop power-ups look like (the height of the PokéStop changes ever so slightly):

At present, it seems that only 1 PokéStop or Gym per S2 Level 14 cell can be powered-up. Read our comprehensive Guide to S2 Cells and Pokémon GO for more information on the cells.

You can power-up PokéStops and Gyms three times, up to Level 3. Each level comes with different rewards for everyone interacting with the PokéStop, and each power-up level lasts differently:

Players have agreed that powering-up PokéStops beyond Level 1 doesn’t make much sense outside of events. Scanning 25 times takes a long time and the bonuses are not worth the hassle.

How to scan a PokéStop

To scan a PokéStop, go to the PokéStop or Gym’s details page and tap the three dots in the upper right. You must be level 20 or above to complete AR Mapping tasks.

In an interview with Eurogamer, Niantic’s Michael Sterenka shared a bit of the backstory about PokéStop power-up feature:

Powering-up PokéStops initially launched in test mode in New Zealand, just as Niantic mentioned in a blog post about “minor gameplay changes” being tested around the globe.