Shadow vs Purified Pokémon in PvP 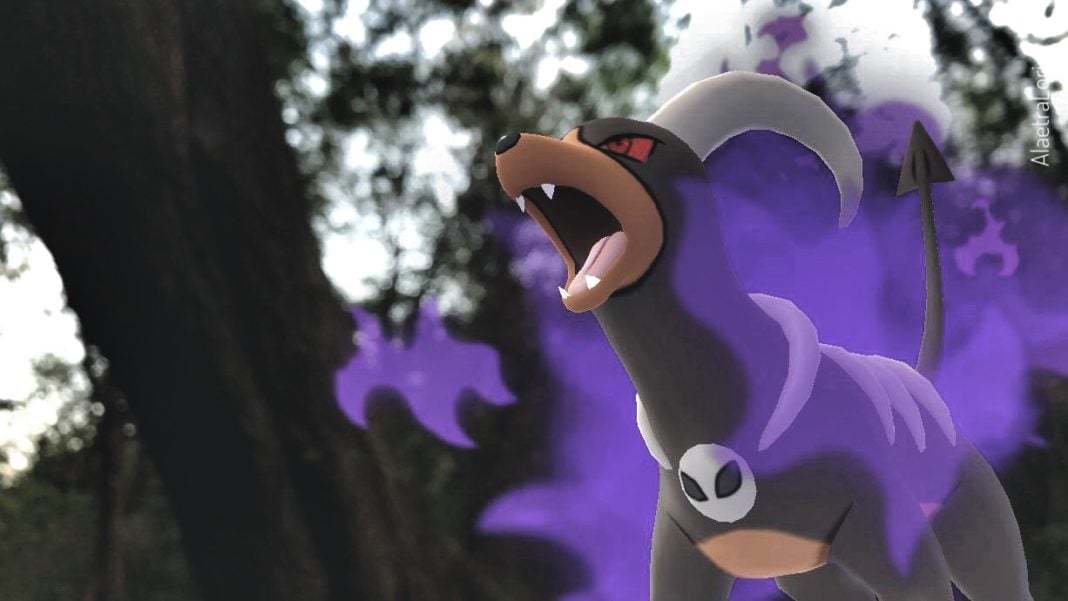 With the release of Shadow Pokémon this year, trainers globally have teamed up to face those pesky Team GO Rocket members in order to have the opportunity to catch what we know as ‘Shadow Pokémon‘.

Shadow Pokémon are creatures whose hearts have been corrupted by Team GO Rocket. Shadow Pokémon can be caught and changed into Purified versions of normal Pokémon. Each Shadow Pokémon knows a Charged Attack called Frustration, and in its purified form, will know a Charge Move called Return.

Today we will be discussing Shadow and Purified Pokémon to determine how they perform in PvP battles.

Are Shadow Pokémon Good in Battle?

Firstly, let’s talk about Shadow Pokémon in PvP. Shadow Pokémon, in addition to being very expensive to power up, are forced to have Frustration as one of their two moves and cannot be changed with TM’s. This has a significant limitation on movepools for them, especially because your opponent will know you are limited to a single non-frustration move when they see a shadow mon.

Frustration only deals 10 damage in battle. One of the only ways this could be effective in battle is to be used as a way to bait your opponent into using a shield by overcharging and pretending to use a much more powerful move.

In almost all situations a shadow Pokémon in PvP will not be as effective as other alternatives in battle.

As awesome as it is seeing your favorite Pokémon with glowing red eyes and looking evil as can be, unfortunately, there is no real use for bringing a Shadow Pokémon onto any team composition. Flexing on your opponent is one of the only reasons you should have a Shadow Pokémon on your team, which would only be a good idea in a casual non-competitive environment. 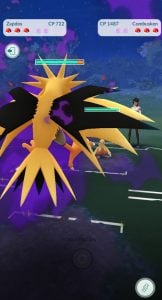 As off-putting as it may be to use Shadow Pokémon in PvP, Don’t let this discourage you from slapping the evil out of your Pokémon and using its Purified counterpart in battle since it has a lot more uses and viability for competitive play.

When you purify a shadow Pokémon, the Pokémon that you obtain has some new characteristics:

While Shadow Pokémon only deal 10 Damage with Frustration, Return now with the recent Charge Move update deals a whopping 70 damage. while also having a lot more usability and dishes out strong natural damage to most Pokémon.

The most useful purified Pokémon for PvP currently are Banette, Ivysaur, Gloom, and Dragonair. In recent Silph Arena cups, a few of these Pokémon have shown their potential and performed extremely well with the move Return.

Banette in the Silph Arena’s Nightmare Cup had an 83% win rate out of 100 games in simulations which was an absolute monster, and even outperformed the sought after legacy move Haunter. It was much more accessible and carried most trainers teams to victory in this tournament.

Dragonair was an extremely popular pick in The Timeless Cup. With such a diverse meta, having a Pokémon with Return and a powerful Quick Move such as Dragon Breath on purified Dragonair made it a top tier pick for any trainer.

Dragon Breath charges up Return immensely fast. Pairing this with Aqua Tail covered most of the meta and was a safe Lead and even a safe swap. The counters to Dragonair such as Lapras and funny enough, Dragonair itself would take solid amounts of damage from Return being used against them.

Purified Dragonair was a must-have for any trainers team composition. It was ranked as the #2 Pokémon in all of the Timeless Cup meta according to pvpoke.com, falling short from Venasaur being ranked #1. 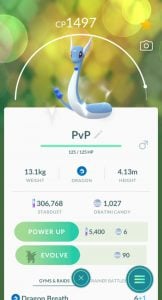 A sneaky tactic that not many trainers are aware of that can throw your opponent off is to have a purified Pokémon on your team but to get rid of Return and replace it with another move.

This can create some unexpected plays that your opponent will never see coming. They may think a Return is being charged up and will not shield when in fact you are using a completely different move which could potentially be deadly. Baiting your opponent into thinking you are using Return is a crucial skill in using any Purified Pokémon in a PvP battle.

With the recent change to Return, Purified Pokémon will take a few practice matches in order to be able to learn how to bait your opponent, when to use Return over your second Charge Move, how long exactly it will take to charge up return with whatever Quick Move you are using and also understanding how much damage Return will do to the opposing Pokemon.

Keep in mind if you are looking to get the proper IV spread for a purified Pokémon, when you appraise it as a Shadow Pokémon, the IV’s will be increased by 2 when purified. It’s always best to appraise your Shadow Pokemon and Purify it when you can see it has a low Attack and high HP and Defense which is most commonly best for Pokémon in PvP.

Venture forth Trainers and help defeat Team GO Rocket to acquire these evil Shadow Pokémon and be sure to slap the evil out of them like you’ll be slapping your opponents in battle with your newfound knowledge!