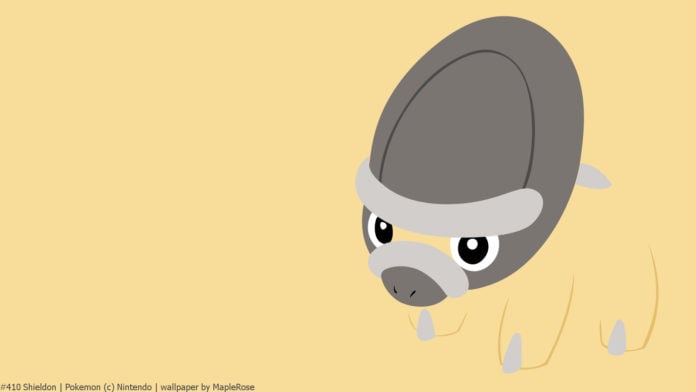 Shieldon will be a Rock and Steel type T1 raid boss during part 2 of the Brillant Diamond and Shining Pearl event. Shieldon evolves into Bastiodon. It can be shiny.

Shieldon is a T1 boss, but it still has a lot of bulk. It has multiple very exploitable weaknesses though.

It’s a Rock and Steel type, so it’s very weak to Ground and Fighting type attacks, with an average weakness to Water. It’s resistant to a ton; Bug, Dragon, Fairy, Ice, Psychic, and Rock, with an extra strong resistance to Flying, Normal, and especially Poison.

Shieldon is boosted by Partly Cloudy and Snow weather.

Shieldon has some alright attacks, but it’s attack stat won’t make them sting.

Bastiodon is one of Great League’s strongest walls, beating most flying types cleanly. It needs a lot of XL candy to reach it’s full potential, so raiding a few Shieldon before Shinx Community Day, which has a 4x higher transfer XL rate, wouldn’t be the worst idea.